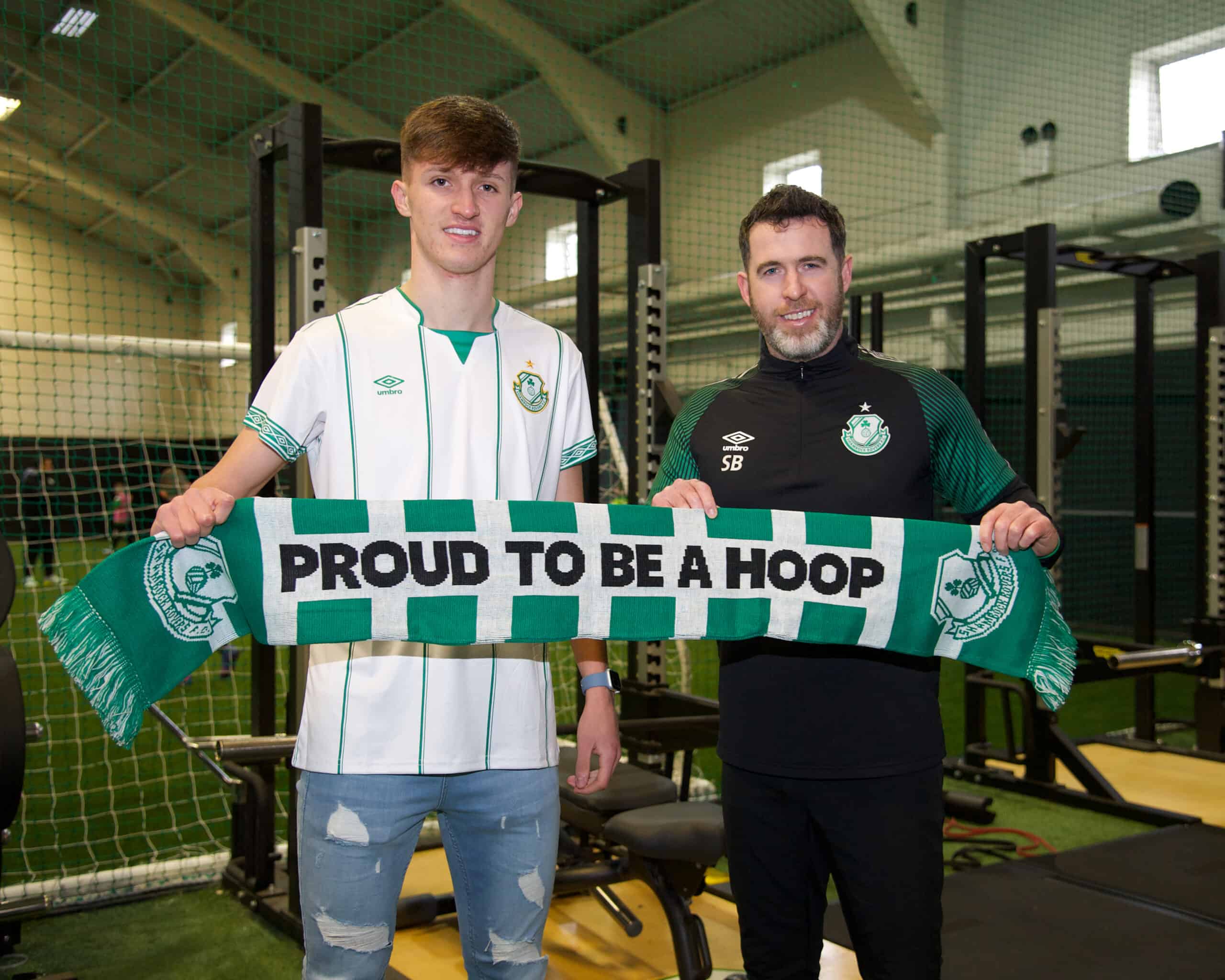 Shamrock Rovers F.C. is delighted to announce the loan signing of striker Johnny Kenny from Celtic.

Johnny joins the Hoops on a season-long loan deal and Rovers’ Head Coach Stephen Bradley is happy to have secured the move. In revealing the new striker today, Bradley said “We like his attributes and the way he plays the game. We’ve liked him and monitored him for quite some time. We tried to get him a couple of years back and it didn’t quite come off so we’re delighted to get him, because he has some really good attributes that we feel will improve the team.”

“I think we’ve got really good options up front and when you add John into that mix, it only adds to it. We have Rory, Graham and Aaron and then when you add Simon and Neil to that, we’ve got real pace in that final third. But we’re always looking to improve in every area of the pitch, and we feel Johnny represents a chance for us to improve. He gives us a different option to what we have and a different type of player to what we have at the moment.”

“We know what he’s about and we’ve seen it first-hand, so there are no surprises for us or for him. He knows the league and we know Johnny. In this team, with the chances we create and the way he plays, I think he’ll really enjoy it and score goals.”

“I went and sat down with Johnny a few weeks back and we had a couple of hours together and a good chat. One thing that really stood out for me was that he’s really motivated to improve and kick on again. He’s still very young and there’s still lots of growth left in him. We feel we can help him fulfil that potential and he obviously feels he can fulfil that potential here, so it looks like a good fit for both. I’m delighted to get him in, and I can’t wait to start working with him.”

Johnny came through the underage system at his native Sligo Rovers, playing for their U15s, U17s and U19s. The forward was included in Liam Buckley’s senior squad in 2021 and made his league debut against Dundalk at the Showgrounds in March. Johnny scored 12 goals for the Bit O’Red, including one in their UEFA Europa Conference League tie against FH Hafnarfjordur of Iceland. He also made his Ireland Under-19 international debut later that year. In January 2022, Johnny left Sligo to sign for Celtic in a five-year deal. First team opportunities were limited in Scotland, with the 19-year-old making 12 appearances on loan at Championship club Queen’s Park.