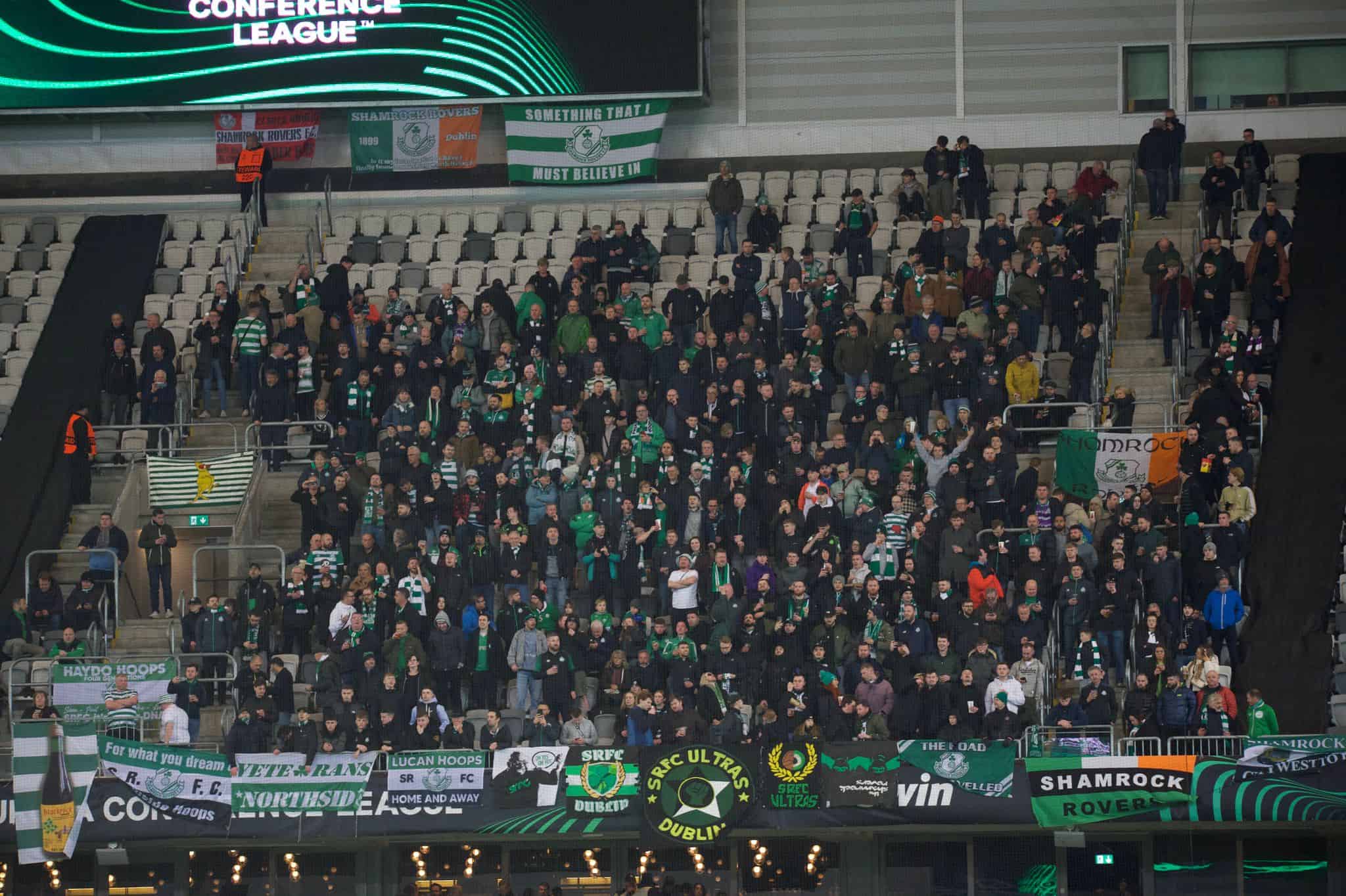 Shamrock Rovers brought the curtain down on the 2022 European campaign with a narrow defeat to Swedish side Djurgården on Matchday 6 in Group F. The Hoops gave a spirited performance away from home, but a first-half strike by Swedish international Magnus Eriksson proved to be the difference between the sides

It was a chaotic start to the game with former Sunderland and Swansea man Joel Asoro finding himself through on goal after 40 seconds, but Roberto Lopes was on hand to make a vital last-ditch block to keep the Swede at bay. The Group F leaders continued to put pressure on the Rovers defence and the Hoops rearguard was breached at the 20-minute mark.

A free-flowing move from back to front ended with Eriksson applying a right-footed finish past Pohls to give the hosts the lead. Rovers did have chances of their own in the first period, with Rory Gaffney, Neil Farrugia, and Richie Towell all having opportunities of their own however Eriksson’s strike would separate the sides going in at the break.

The Hoops came out strong in the second half as we searched for an equaliser. Sean Hoare, Towell, and Farrugia were all causing problems for the Djurgardens backline as we continued to push forward for an equaliser. Farrugia and Byrne stood out in the second half, looking confident and assured in possession, always playing on the front foot as we pushed for the goal our play deserved.

Zambian striker Emmanuel Banda had chances to seal the points for Djurgardens but Lopes and Pohls remained resolute in defence to deny the striker on multiple occasions. Despite the fresh legs of Aaron Greene, Simon Power, Ronan Finn, and Viktor Serdeniuk coming onto the pitch, it just wasn’t Rovers’ day as we failed to find a way past Jacob Zetterström in the Djurgardens goal.

Although the game ended in defeat, Rovers can be proud of their performance away from home against the Group winners – one of only two teams to remain undefeated in the group stage campaign. This UEFA Europa Conference League campaign is one that players and fans will remember fondly. The Hoops more than held their own in Group F and will no doubt regret not accumulating a greater points tally than performances deserved. Playing consistently against top-level European opposition will give the Hoops valuable experience as we look to make a return to European group-stage football in 2023.

Up next is an away trip to UCD on Sunday evening as we wrap up our SSE Airtricity League campaign.

Subs not used: A Mannus, A Emakhu; G Tetteh.

Subs not used: A Picornell, P Bengtsson; B Sabovic.