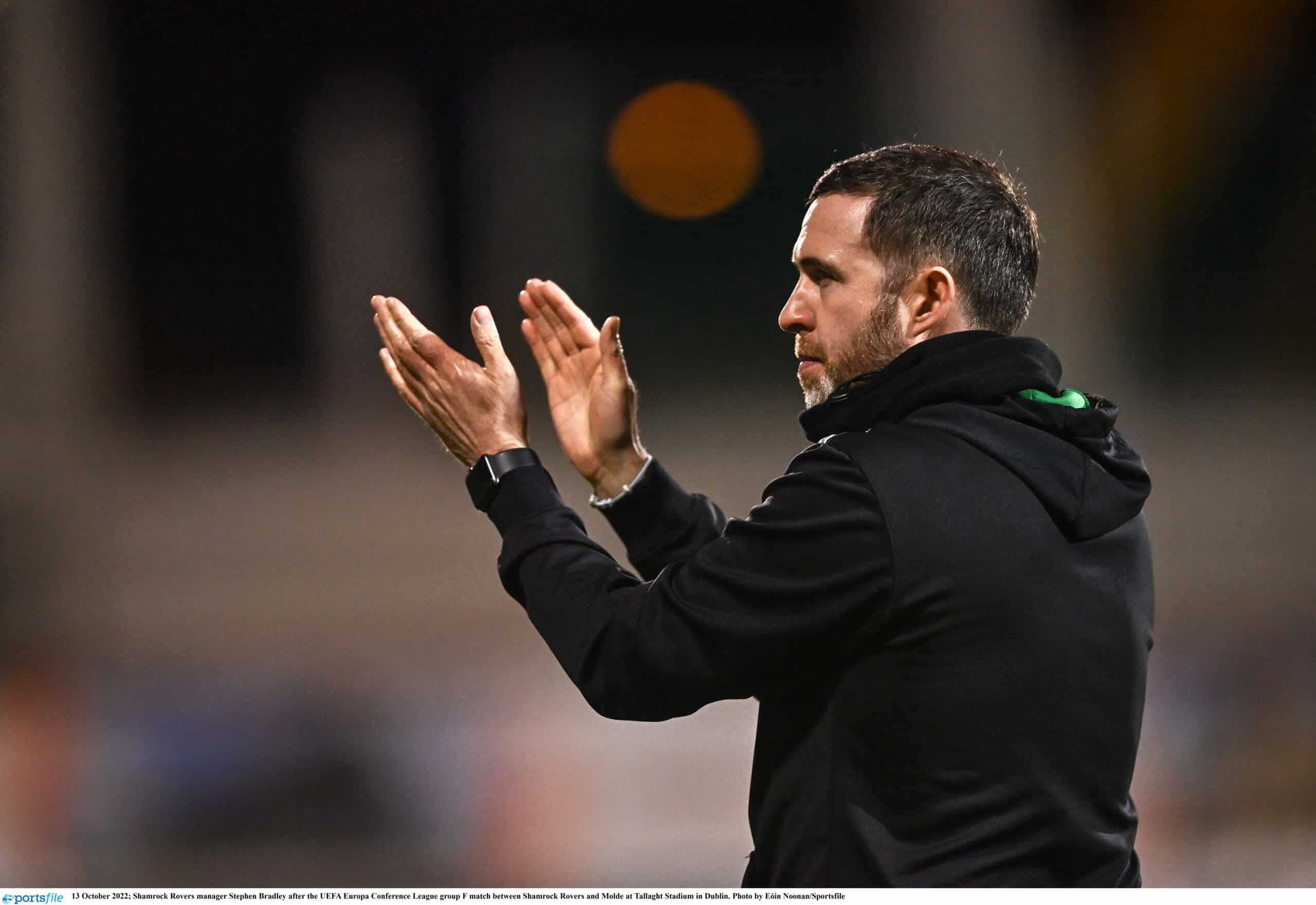 Shamrock Rovers fell to a 2-0 defeat against Molde at Tallaght Stadium on Thursday night, ending any aspirations the Hoops had of advancing to the knockout stages of the UEFA Europa Conference League. Goals in each half from David Fofana and Kristian Eriksen were enough for the Norwegian side to take all three points away from the D24 venue.

It was Rovers who started the game on the front foot, dominating the ball and creating a flurry of opportunities within the opening period of the game. The Hoops almost made the perfect start when Richie Towell raced clear down the right side hand and played a perfect ball across the face of the goal to Aaron Greene but the striker couldn’t direct his effort to the right side of the post. Captain Ronan Finn’s strike from distance stung the gloves of Jacob Karlstrom in the Molde goal, so much so that Karlstrom wasn’t able to hold on to the ball and was relieved to see it drop behind the goal rather than in the goal. Greene again came close as we reached the half-hour mark but Karlstrom was there to parry his curling effort away from the goal. The Hoops were on top, having over 60% of the possession in the first half.

Despite the positive start, it was the away side that would controversially take the lead on the 33rd minute against the run of play. A quick counter-attack led to a Magnus Grodem cross finding Fofana in the box who made no mistake with his header past Alan Mannus. Although the goal stood, replays showed that Fofana was in fact in an offside position, but due to VAR not being available in the UEFA Europa Conference League this season, Fofana’s header was allowed to stand.

Stephen Bradley’s men continued to push forward for the remainder of the half, but it was Molde who nearly doubled their lead when they broke with speed on the counterattack, with Fofana finding himself one on one with Mannus but Big Al denied the Ivorian with a brilliant piece of goalkeeping to ensure the deficit remained at just the one goal going in at the break.

There were encouraging signs for the Hoops at the start of the second half, with Richie Towell almost finding an equaliser but Karlstrom did well to push his goal-bound strike to safety. Molde began to find their groove in the second half with Emil Breivik, Magnus Wolff Eikrem and Kristoffer Haugen all having chances to double the away side’s lead but Mannus remained on high alert to keep Rovers in the game.

As the game entered its final 20 minutes, the Hoops suffered a killer blow as Molde doubled their lead. A set piece from the Norwegians saw the ball whipped into the near post where substitute Kristian Eriksen headed in from close-range, leaving Mannus with no chance. Rovers did find the back of the net just minutes later through a smart strike by Aaron Greene, but the linesman raised his flag for offside. The Hoops continued to push in search of a route back into the game but just couldn’t find that final touch as the Croatian official brought the game to a close.

It’s a disappointing defeat for Rovers who will be frustrated not to get anything from the game after a strong performance on home soil. All focus now shifts to Sunday as the Hoops travel up to M1 to face Drogheda United in another massive game in the SSE Airtricity League.