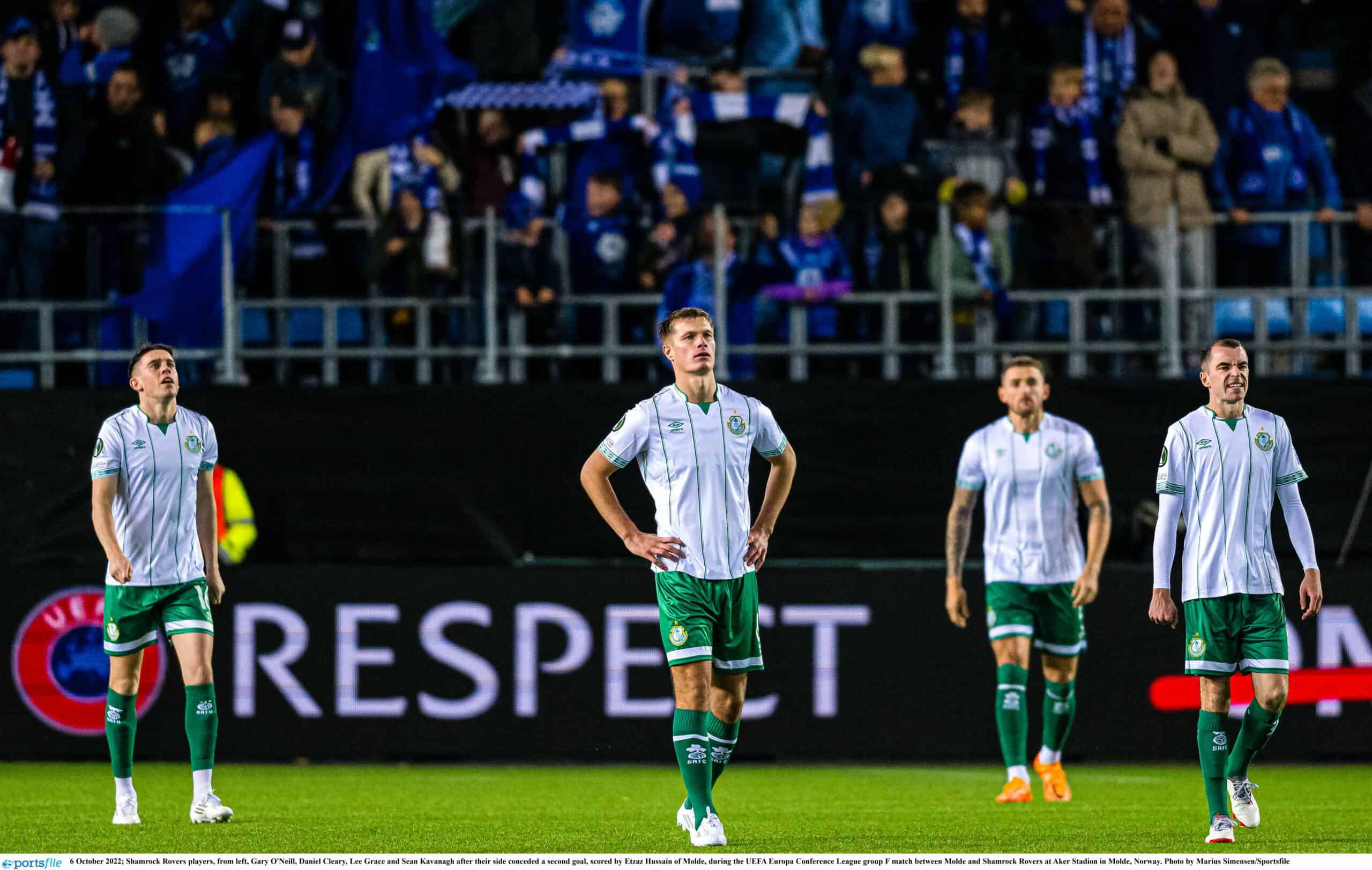 Shamrock Rovers fell to a 3-0 defeat to Norwegian league leaders Molde on Thursday night in Group F of the UEFA Europa Conference. A brace from Ola Brynhildsen and a Etzaz Hussain strike were enough for the home side to take all three points in what was a tough night at the office for the Hoops.

Stephen Bradley made five changes to the starting XI that dismantled Sligo Rovers just five days earlier with Aidomo Emakhu, Aaron Greene, Andy Lyons, Justin Ferizaj and Sean Hoare all coming into the side to provide a mixture of youth, experience and energy.

The Hoops knew they would have to be strong in defence and be clinical in attack against the runaway leaders in the Norwegian domestic league, but a tough task was made even tougher after the concession of another early goal away from home. Molde mounted early pressure on the Rovers defence and broke the deadlock after 10 minutes. Some smart interplay by Molde in the Rovers box led to Magnus Grodem picking up the ball before smartly back-heeling into the path of Brynhildsen who made no mistake with a low finish past Alan Mannus.

The home side continued to remain on top after the opening goal and they nearly doubled their lead eight minutes later when captain Martin Linnes had his half-volley cleared off the line by Andy Lyons. Rovers remained under pressure for the rest of the first-half, with Erik Haugan, Etzaz Hussain and Kristian Eriksen all having chances for the Norwegian side but failing to find a way past Mannus. The Hoops were having to soak up a considerable amount of pressure and will have been happy to get in at half time trailing by just one goal, with an opportunity to regroup and go again in the second period.

A difficult task became even more difficult 4 minutes after the restart, as the Hoops were hit with a gut punch. Eriksen latched on to a low cross and his fierce strike hit the underside of the crossbar before the ball fell to Brynhildsen who bundled the ball over the line for his second of the night. Molde sealed all three points 10 minutes later after Linnes’ deflected cross hit the woodwork and fell to Hussain who finished well from close range past Mannus to make it 3-0 to the hosts.

Stephen Bradley opted to bring on Rory Gaffney, Graham Burke, Dylan Watts and Neil Farrugia in an attempt to add some extra energy to the Rovers side. Gaffney had the Hoops best chance of the game, but his shot could only find the side netting of Jacob Karlstrom’s goal. A positive on the night for Rovers was the return of Roberto Lopes to the side, coming off the bench for the final 20 minutes of the game for his first appearance since July.

It was a tough night for Rovers, but Stephen Bradley’s men will have learned some valuable lessons from the defeat ahead of the reverse fixture in a week’s time at Tallaght Stadium. Up next for the Hoops is a return to league action on Sunday as they host Shelbourne as we look to extend our lead at the top of the table.