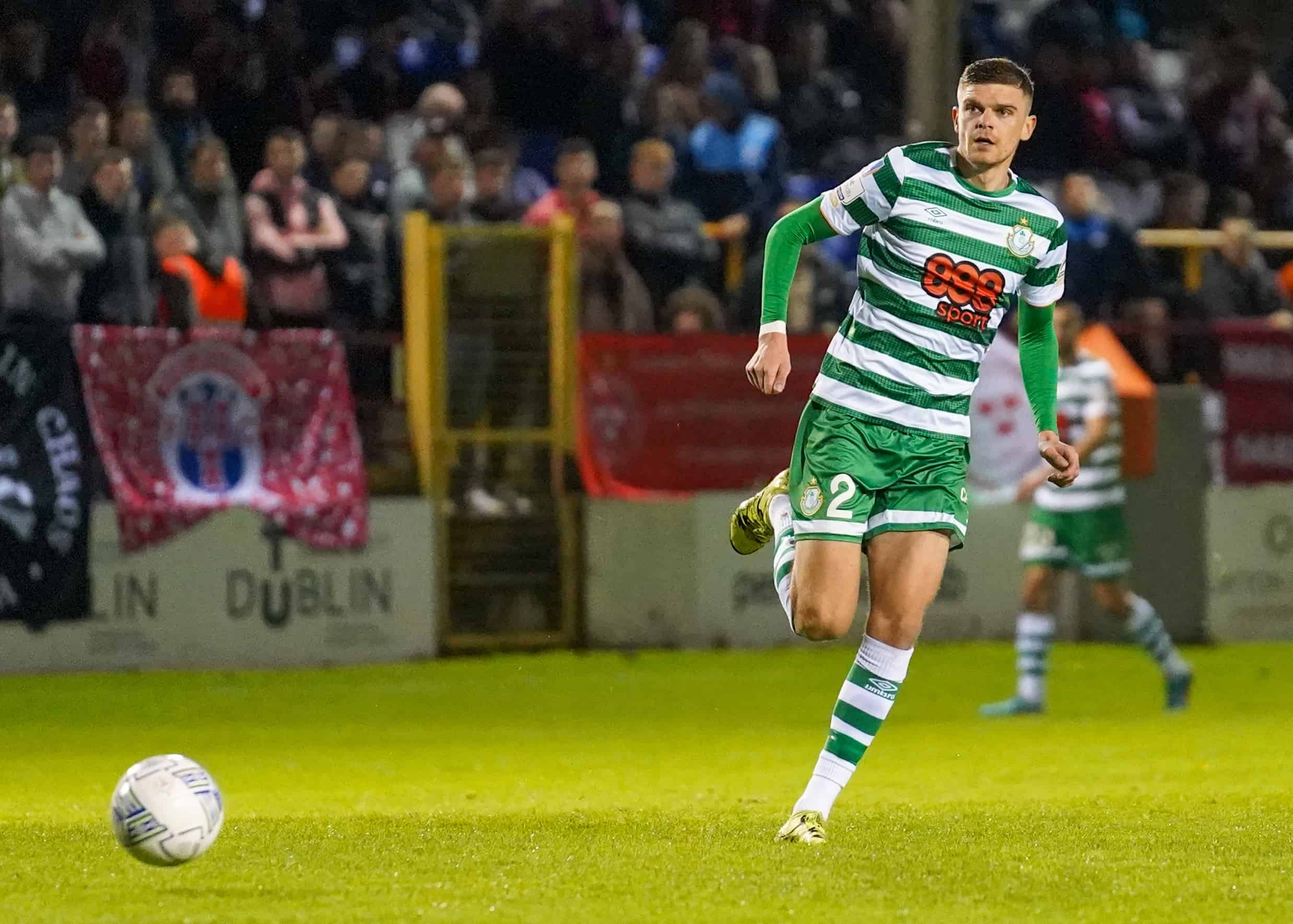 Shamrock Rovers played out a scoreless draw with Shelbourne at Tolka Park on Thursday night in the SSE Airtricity League. In what was a game of few chances, Rovers came closest to taking all three points when a Dan Cleary wonder strike smacked off the crossbar, but it was not to be.

Stephen Bradley had to make a few adjustments to his side, with Andy Lyons and Justin Ferizaj both on international duty with the U19s and U21s respectively. The likes of Alan Mannus, Ronan Finn, Graham Burke and Gary O’Neill were all recalled to the starting line-up providing valuable experience to the side.

The opening 20 minutes saw both teams attempting to find their feet in the game. The Hoops were doing very well at keeping possession in the Shelbourne half and keeping the home side pinned back. Rovers best opportunities in the first half came through headers from Dan Cleary and Ronan Finn but both failed to direct their efforts on target.

With referee Ben Connolly blowing his whistle for halftime, the Hoops knew they had work to do in the second half if they wanted to take all three points back to Tallaght.

Chances early in the second period remained scarce but Rovers remained in control of the game, with Jack Byrne attempting to start attacks by picking out the likes of Rory Gaffney and Graham Burke in advanced positions. Unfortunately for the Hoops, Damien Duff’s side remained compacted and strong in defence and kept our forwards at bay.

The best chance of the game arrived on the 70th minute mark from an unlikely source. Dan Cleary stepped out of defence and found himself inside the Shels half before unleashing a cannon of a shot from 35 yards out which rattled the crossbar. Rovers brought the likes of Aidomo Emakhu, Aaron Greene and Richie Towell off the bench in an attempt to find a late winner but it was not to be as the teams shared the spoils on the night.

Speaking to LOITV after the match, Rovers manager Stephen Bradley said: “There wasn’t much in the game for either side.

“We didn’t create many clear-cut chances but neither did they.”

The Hoops will be disappointed not to secure all three points, but the boys have a perfect chance to return to winning ways when they face UCD at Tallaght Stadium on Monday evening.