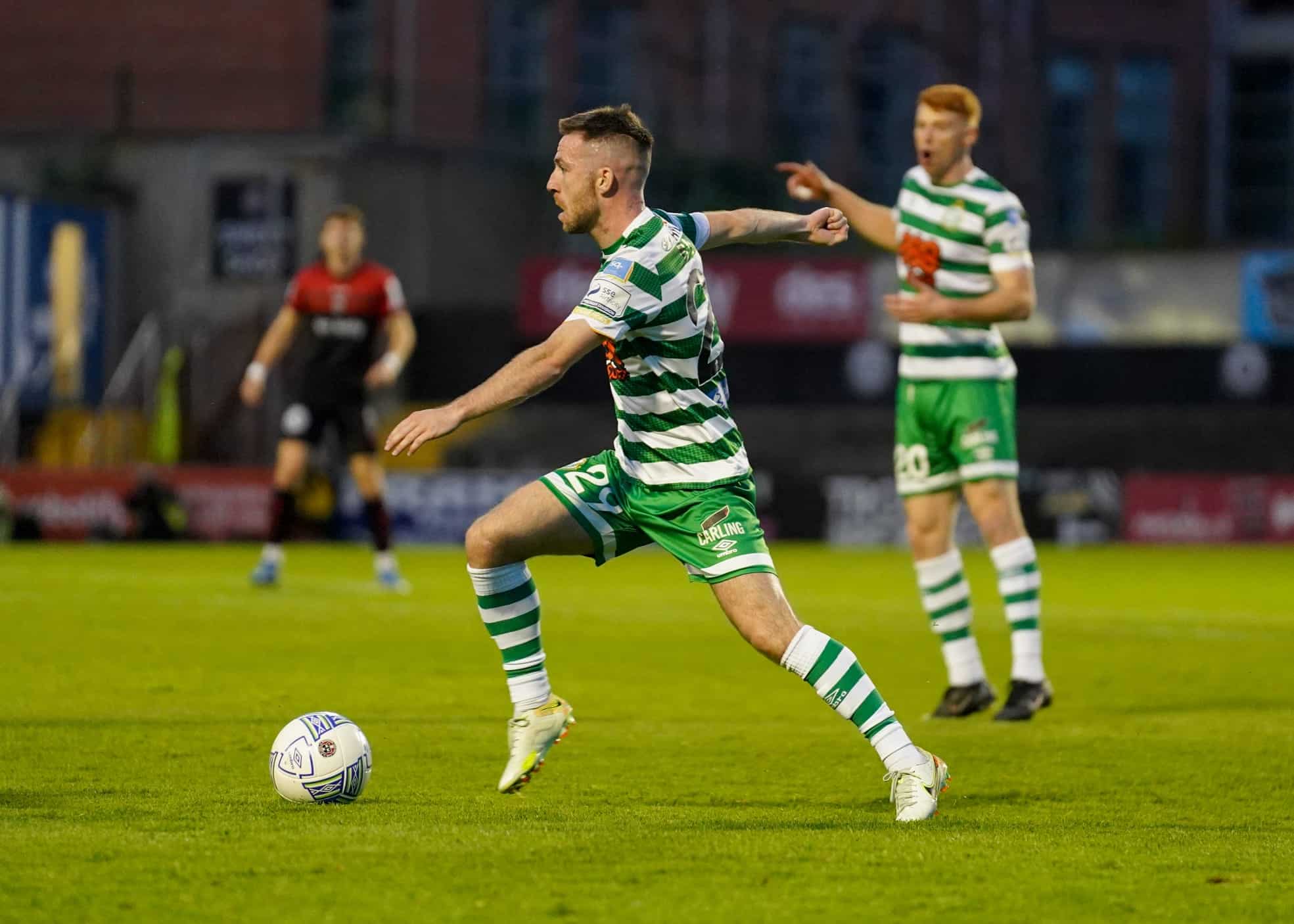 Shamrock Rovers six-game unbeaten run in the SSE Airtricity League came to an end on Friday night as the Hoops suffered a 1-0 defeat in the Dublin Derby at Dalymount Park. A 72nd minute strike from Liam Burt was the difference in what was a competitive match-up between the two sides.

Stephen Bradley made two changes to the starting XI that beat Drogheda United in the FAI Cup just five days prior, with Alan Mannus and Ronan Finn both returning to the starting line-up, adding experience to the Hoops lineup.

The opening 20 minutes of the game saw very few chances for either side as both teams settled into the game. Aaron Greene had a half chance for Rovers, but he couldn’t direct his header away from Bohs goalkeeper Jon McCracken. At the other end, Ali Coote also had a headed attempt, but it caused no issue for Mannus in the Rovers goal.

The Hoops had some nice spells of possession as the half went on but they failed to get in behind the Bohemian defence which remained solid. Going in at half-time, both sides knew it was all to play for in the second period.

It was a feisty start to the second half, with referee Rob Hennessy having to dish out three yellow cards in the opening 10 minutes. Rovers had the first chance of the second half and very nearly opened the scoring through it. A corner eventually fell to Gaffney who provided a cross into Sean Hoare who headed over from close range.

As we entered the final 20 minutes of the game, Rovers were reduced to ten men as Dylan Watts was shown a second yellow for pulling down Liam Burt. Minutes later, the deadlock was broken. Rovers failed to clear a cross from the left, with the ball dropping to Burt at the edge of the area who curled an effort beyond the outstretched Mannus to give Bohemians the lead.

Richie Towell, Aidomo Emakhu and Neil Farrugia were all introduced by Stephen Bradley as we went in search of an equaliser, but besides a half-chance from Towell, the Hoops couldn’t find a way through the Bohemian defence.

It’s a disappointing defeat for Rovers on derby day but Bradley’s men will have no time to dwell on the result as attention turns to Thursday night in Tallaght as the Hoops get their UEFA Europa Conference League Group Stage campaign underway against Swedish side Djurgården.