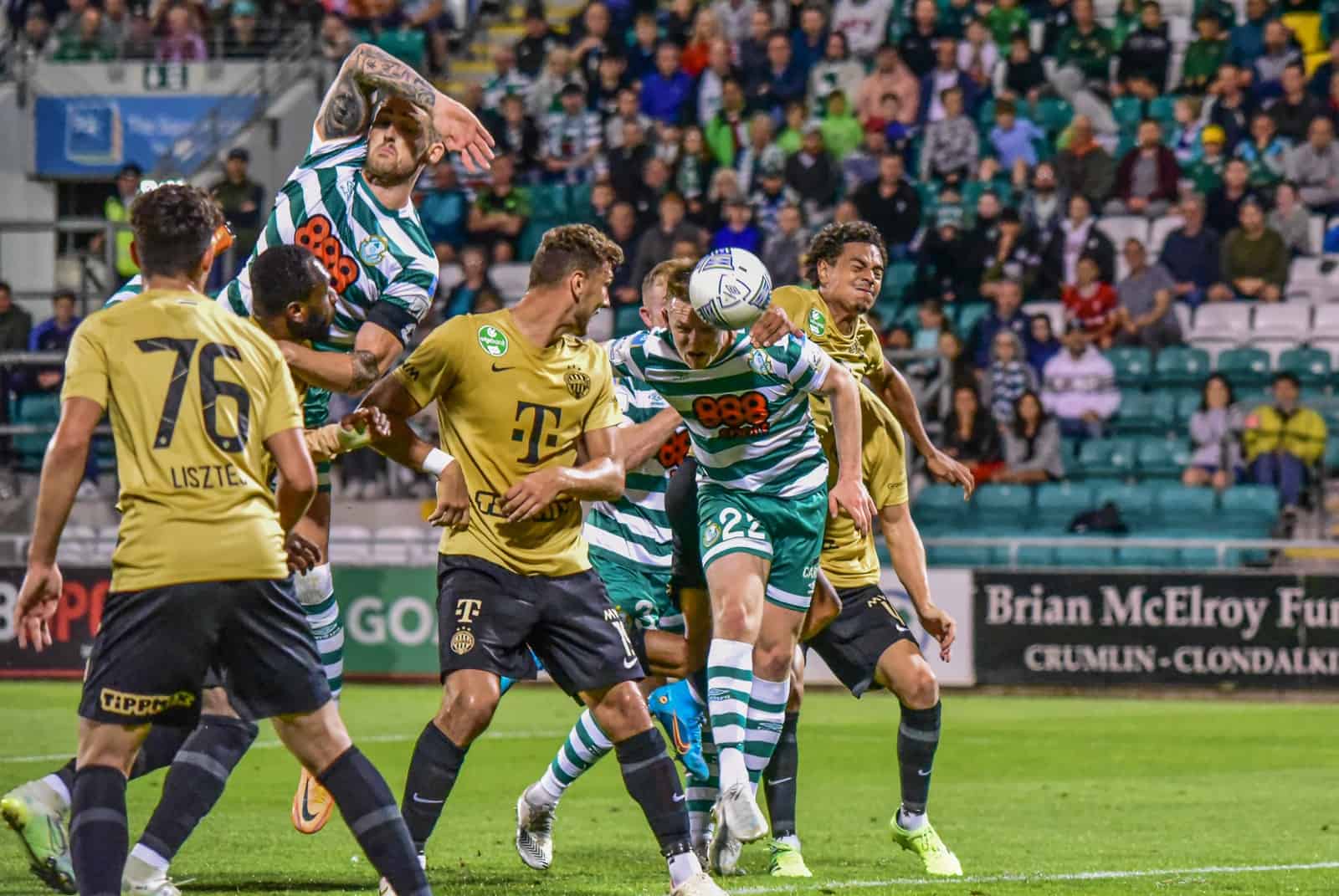 It was another great European night at Tallaght Stadium on Thursday night as the Hoops defeated Hungarian Champions Ferencváros 1-0 in the second leg of their UEFA Europa League play-off tie.

Despite the overall aggregate score of 4-1 in favour of the away side, Rovers put in a valiant display that the 7,000+ spectators could be proud of with a performance that will no doubt give Stephen Bradley’s men great confidence and belief as we prepare for our first ever appearance in the UEFA Europa Conference League group stage.

Stephen Bradley made five changes to the side that beat Dundalk 3-0 on the weekend, with Sean Gannon, Sean Kavanagh, Justin Ferizaj, Neil Farrugia and Aidomo Emakhu all coming into the side to provide a mixture of youth and experience.

It was a special night for captain Ronan Finn who made his 54th European appearance, equalling the all-time record for a League of Ireland player while Sean Gannon, lining out in a back three, was making his 50th appearance in Europe.

The opening 15 minutes of the game did not provide many clear-cut opportunities for either side. Rovers were keeping possession well with the likes of Ferizaj, Towell and Kavanagh all combining well in an attempt to carve openings in the Ferencváros defence.

Ferizaj would have the first real opportunity of the game 27 minutes in. The 17-year-old cut in from the left wing and curled a brilliant shot with his right foot that just missed the target by a matter of yards. The Hoops would come again 10 minutes later, this time it was Emakhu, whose snapshot failed to test the goalkeeper after a high press from Rovers caused a turnover in the Ferencváros defence.

Despite dominating the first half, it was Rovers who nearly conceded just one minute before the break. A Ferencváros free kick from the left reached Ryan Mmaee whose powerful header was spectacularly saved by Alan Mannus to keep it scoreless at half-time.

It was Bradley’s side who came out stronger for the second period. Sean Kavanagh had a free kick well saved by Adam Bogdan and Richie Towell’s acrobatic first time volley just missed the target. The game still had plenty of life in it with both sides creating opportunities. The Hoops brought on fresh legs in Jack Byrne, Andy Lyons, Dylan Watts, Aaron Greene and Gideon Tetteh as the Hoops side searched for a winning goal that their performance deserved.

As they have so often this season, Bradley’s substitutions paid off as Rovers found a winner as we entered the final minute of the game. A delightful, pinpoint corner from Byrne found the head of Lyons who made no mistake and headed into the back of the net past Bogdan to give the Hoops the victory on the night.

That late winner meant the Hoops have now won all four home games in Europe this season. A fantastic record which only emphasises the need and desire from all associated with the Club to play our home group stage games at our home ground in Tallaght.

It’s another quick turnaround with the games coming thick and fast. Focus now turns to the FAI Cup we make the trip to Drogheda United on Sunday afternoon looking to continue our cup campaign.