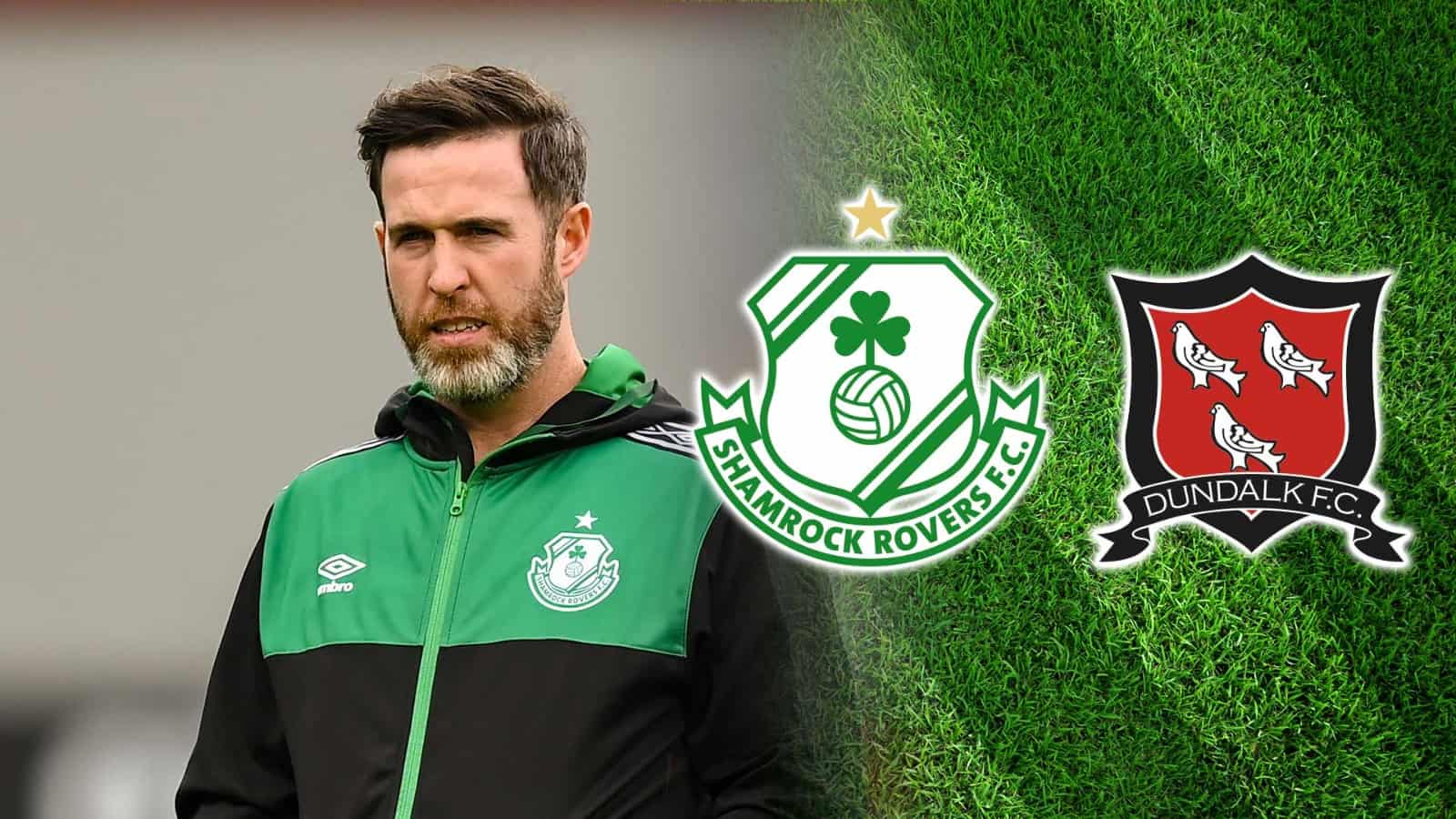 Tickets are still available for Sunday evening’s top-of-the-table clash. Kick-off is at 7pm. Also available to stream on LOITV.

Was it a tough night for the Hoops on Thursday against a top-quality team?

“It was a difficult game and we were disappointed with the goals we gave away. I think we’re a team and a squad that need to be at our very best to go and win those games. We obviously weren’t and we got punished by a very good side.”

Did you and the players feel they were a level above Ludogorets with their pace and movement?

“Yes, we felt that before the game, they played Ludogorets a few weeks back and beat them 4-0. So we knew they were a level above what we’d faced. But I think when you see the game, we gave away some really poor goals from our point of view. That was the most disappointing thing, the goals were all really preventable. But I think it was a step up from anything we’ve played this year. They were very good on the night and obviously deserved to win.”

Rory Gaffney had a half chance in first half stoppage time but otherwise was it a difficult first 45 minutes for us with the early pressure?

“I actually thought there were parts of the first 45 minutes that were really good from us. Our final ball let us down at times, we were a bit sloppy. Both goals we gave away were things we spoke about before the game, so we were disappointed with that but there were pleasing parts of our game in the first half.”

And second half, you said you were disappointed in the manner of the goals conceded but was everyone also frustrated with the timing of the third and fourth?

“The third one is obviously a mistake that happens with a very, very experienced player in European competition. It’s very rare but it happens. There’s nothing you can do but accept it and the fourth goal is just one where everything has gone right for him. We haven’t conceded that type of goal in three years so you take them. He’s hit it and it’s gone through 16 or 17 bodies before it’s gone in. It’s one of those things but the timing of the third goal killed us. If we stay in the game and pull one back then it’s a different tie coming back to Tallaght so the timing of it was crucial.”

Did you feel we improved after Jack Byrne’s introduction? Was his impact a positive on the night and did you think another sub, Richie Towell should have had a penalty in injury-time at 3-0?

“I think there was lots of it that were good and lots of it that were not so good, obviously. Jack did well when he came on, like Justin did and Gideon and Richie and Neil. They did well so it wasn’t just Jack, and there were lots of positives from the team. Unfortunately, we made some silly mistakes and at that level against that quality, you get punished. I didn’t see the penalty back; the angle wasn’t good and I was too far away to make a call right then and there but Richie was adamant it was a penalty.”

How big is this Dundalk game?

It’s an even record with them this season, two 1-0 wins each and a draw. Was that a fair reflection of the three games?

“I think so, all the games have been tight so I think those results were a fair reflection of the games.”

Nothing will be decided with 10 games to go but will both teams be really up for it because it’s a top-of-the-table clash at this stage of the season?

“Of course, it’s first against second, everyone will be up for it but we’re up for every game. Every game we play is a big game. You don’t just decide to switch it on and off. It’s about showing up for every game because they’re all important, especially in the second part of the season. I’ve no doubt that both sets of players will give absolutely everything they have to win the game on Sunday.”

It’s a late Sunday evening kick-off but do you still expect a big crowd in Tallaght considering the importance of the match?

“Hopefully because the crowds have been fantastic, home and away. Even on Thursday night, the support was fantastic. You could hear them all night. Considering there were 16,000 in the arena and you could still hear our fans, it was brilliant. Hopefully, on Sunday they come out in their numbers because we will certainly need them for us to go and get the result that we need.”

Will Graham Burke and Simon Power be involved?

“No, they’ll be out so we’re still missing four, with Pico and Chris, but Ronan and Aidomo will be back from the other night.”