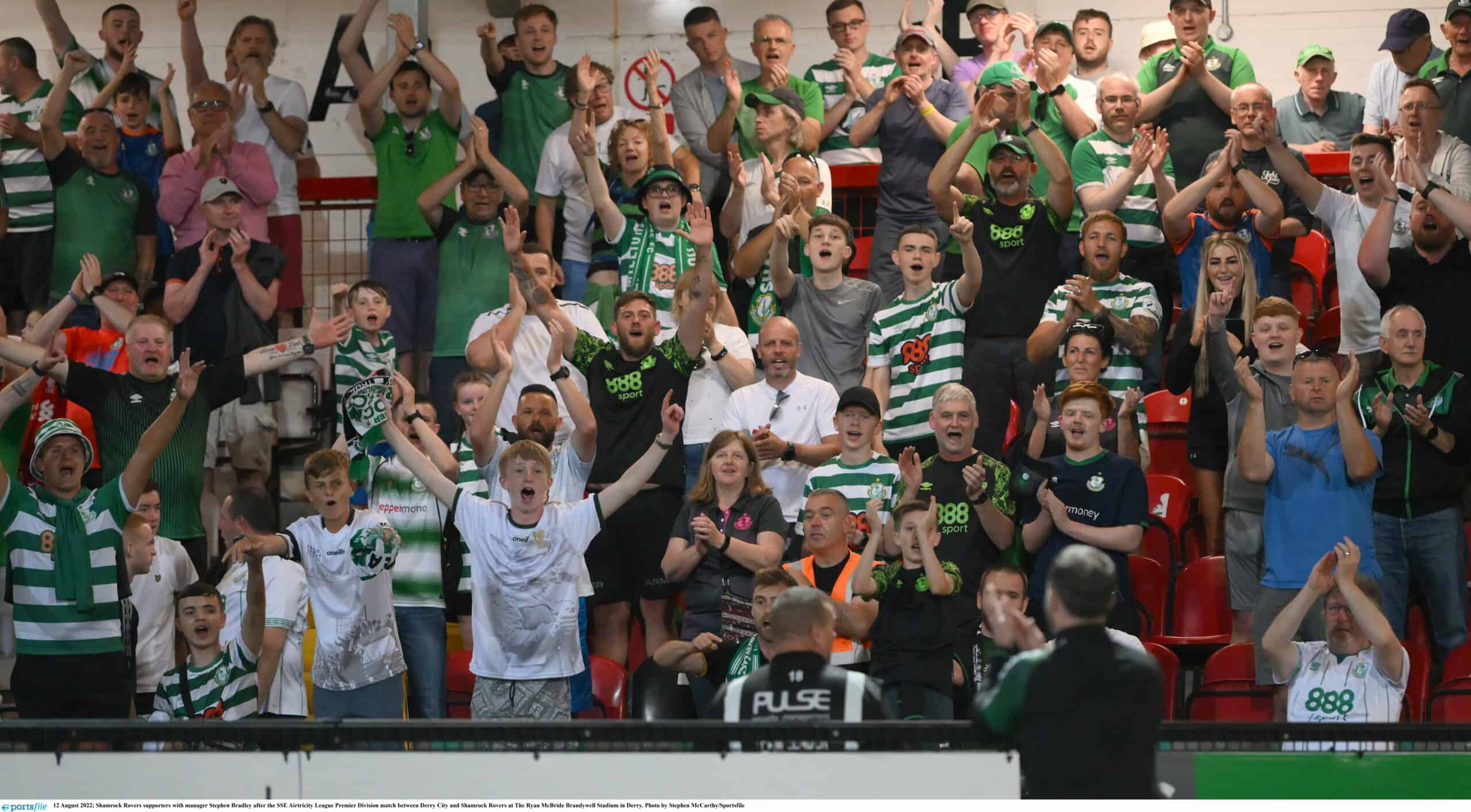 Shamrock Rovers remain four points clear at the top of the SSE Airtricity League table after a scoreless draw away at Derry City on Friday night. There was little to separate the teams in what was a competitive match-up, with former Northern Irish International Alan Mannus keeping the Candystripes at bay, making a series of vital saves when called upon.

The Hoops came into the game in high spirits after our midweek success in Europe. Stephen Bradley freshened things up and made four changes from the team that started in Skopje with Neil Farrugia, Sean Kavanagh, Sean Gannon & Graham Burke all coming in to the side.

It was a tense opening 15 minutes to the game with both teams having spells of possession but failing to create any clear-cut chances. The first real opportunity of the game fell to Rovers when Sean Hoare saw his header from a corner just glance wide of the Derry goal.

The home side were presented with the chance to opening the scoring on 35 minutes when referee Paul McLaughlin pointed to the spot after Lee Grace was adjudged to have handled the ball in the area. Will Pathing stepped up for the home side but his tame effort was saved by Alan Mannus, diving low to his left to gather to ensure the sides went in level at half time.

Derry began the second half strongly and Mannus was again at hand to deny the home side. Michael Duffy, Will Patching and Ryan Graydon all had opportunities but Rovers number one made sure to keep his side in the game with a string of crucial saves.

The Hoops struggled to create many clear cut opportunities but did well in defence, maintaining a strong and compact shape and keeping the Candystripes at bay. Stephen Bradley introduced fresh legs off the bench with Aaron Greene, Richie Towell and Aidomo Emakhu all introduced as fatigue was beginning to play a part following our midweek exploits.

Derry continued to commit bodies forward in the closing stages in search of a breakthrough goal, and saw a number of glancing headers flash wide of the post, but the Hoops’ goal remained intact as Paul McLaughlin brought the game to a close.

A hard earned point for the Hoops who will be satisfied with their night’s work considering the taxing demands of the week. Up next for Bradley’s men is the first leg of the UEFA Europa League Play-Off as the team travel to Budapest to play Ferencváros.