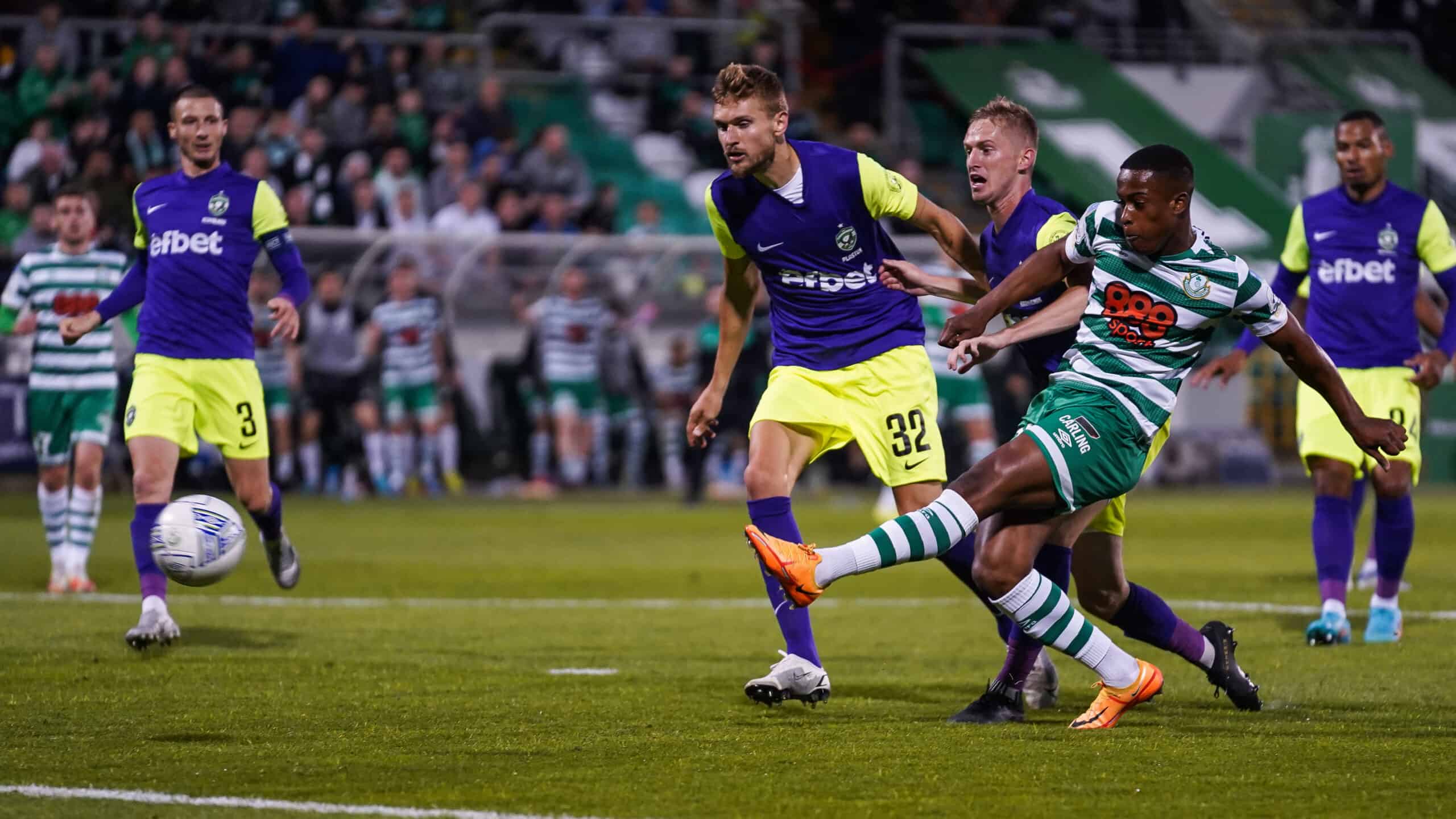 KF Shkupi play at the 6,000 capacity Cair Stadium in Skopje but the away leg will be held at the Toše Proeski National Arena, which holds over 33,000 people. It staged the 2017 European Super Cup final between Real Madrid and Manchester United.

In 2012, Sloga Jugomagnat was merged with FC Albarsa to form Shkupi. This is their fifth appearance in European competition.

The only meeting between Republic of Ireland and Macedonian sides in Europe was Shelbourne’s 2000 Champions League win over Sloga. Rovers physio Tony McCarthy was in that Shels team, who were the first LOI club to win away from home in Europe since Rovers in Iceland in 1982.

Shkupi have never won an away European game. Their only wins so far were at home to Llapi (Kosovo) in last year’s Conference League and Lincoln Red Imps (Gibraltar) in the first qualifying round of this season’s Champions League.

‘The Smugglers’ were then knocked out by Croatian champions Dinamo Zagreb, drawing 2-2 away in the first leg and losing 1-0 in Skopje in front of 12,500 fans. Shkupi manager Goce Sedloski is a Zagreb legend who earned 100 caps for Macedonia.

Rovers are 171st in UEFA club rankings compared to Shkupi in 276th. Ireland are in 37th place, one above North Macedonia.

Ronan Finn made his 50th European appearance in the 3-0 defeat away to Ludogorets in Bulgaria and overtook Owen Heary’s record of 18 European Cup/Champions League appearances in his career. That was Rovers’ heaviest European loss since the Hoops were beaten 4-0 by Tottenham Hotspur in 2011.

Alan Mannus can also make his 50th appearance in the away leg in North Macedonia.

This is Ronan Finn’s eighth consecutive European campaign while Sean Gannon and Sean Hoare are both on a run of nine since the 2014 Europa League with Dundalk, longer than any other player in the country. Gannon was on the bench for St Pat’s games in 2013 and injured for Rovers’ tie with Ekranas in 2012.

Aaron Greene became the second highest scoring player in the squad with his fourth European goal at home to Ludogorets. He had also scored against Apollon Limassol for Rovers in 2019, and one each for Sligo and St Pat’s.

Stephen Bradley is looking for his 10th European win. Pat Fenlon and Stephen Kenny are the only League of Ireland managers with 10 or more. Bradley has beaten Liam Tuohy’s club record of five European campaigns as Hoops boss, which he set in the 1960s.

Rovers this year made their 11th appearance in the European Cup/Champions League, leaving them just one off Dundalk’s record of 12. The Hoops entered the 1994/95 UEFA Cup as league champions.

Rovers are also looking to win three consecutive European home games in 90 minutes for the first time ever, having beaten Brann, Apollon Limassol and Ilves (on penalties) between 2019 and 2020.

Rovers have set a new record of 22 games unbeaten in all competitions at Tallaght Stadium. 20 of those were home game games, making it the longest undefeated streak at home since a run of 21 matches from 1986 to 1987. That run began after a European Cup defeat to Celtic at Milltown and ended with a loss to Omonia Nicosia at Tolka Park.

Until Drogheda, the Hoops had won eight successive home games for the first time since 1993 at the RDS. Rovers have won seven out of their last nine European games at Tallaght since 2019, including the Ilves penalty shootout victory.