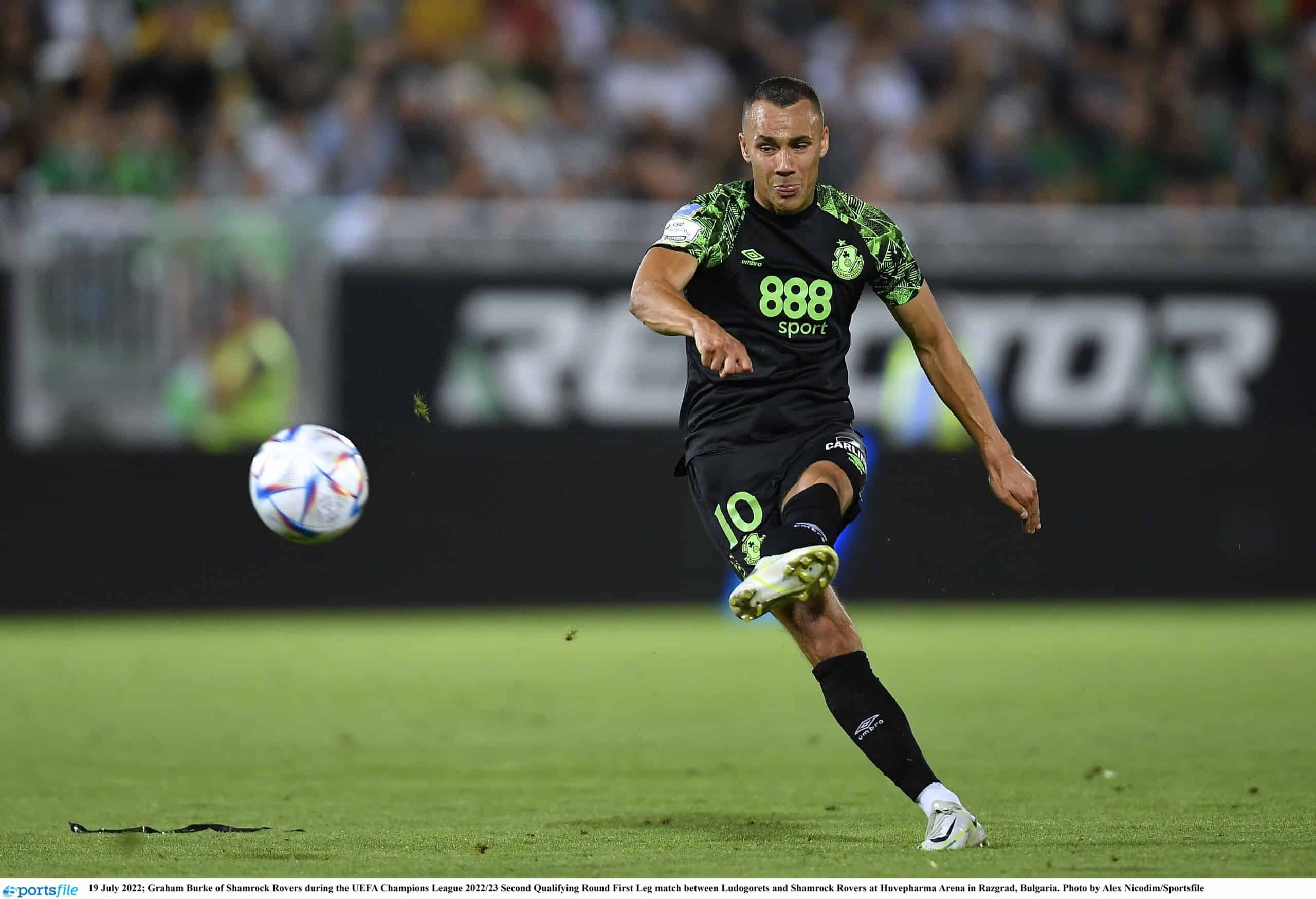 Shamrock Rovers suffered a 3-0 defeat to Ludogorets Razgrad in the 1st leg of the UEFA Champions League second qualifying round in Bulgaria on Tuesday night. Two first half strikes and a late third were enough to give the home side victory on a tough night for Stephen Bradley’s side in Razgrad.

Ludogorets were on top in the opening exchanges with Rovers defending well and using Rory Gaffney as an outlet up top. The home side continued to control possession but after 20 minutes they had failed to test Alan Mannus.

The Bulgarian champions kept knocking and eventually opened the scoring 25 minutes in. Pieros Sotiriou got onto the end of a cross from wide and headed past Mannus to give Ludogorets a 1-0 lead. Ante Simundza’s side doubled their lead just 10 minutes later. Sotiriou got his second of the game as he found the back of the net from a rebound after some brilliant defensive blocks by Lee Grace.

Ludogorets had a few more chances before halftime as Sotiriou hit the post and Cauly’s shot from distance forced Mannus into making a wonder save. The Hoops went in at halftime 2-0 down with work to do in the second period.

Rovers came out for the second half fighting with Dylan Watts having an attempt which flew over the bar. The fresh legs of Graham Burke, Sean Gannon and Sean Kavanagh made an impact as the Hoops began seeing more of the possession as they aimed to half the deficit. Burke had a chance from a free kick but it was deflected wide.

As Bradley’s men continued to push late on in the game, Ludogorets managed to score a third late into injury time through substitute Thiago Rodrigues after some scrappy play in the Rovers box.

It was a tough night for the Hoops, but they have the perfect chance to respond this Saturday as they host Drogheda United at the Tallaght Stadium in the SSE Airtricity League.