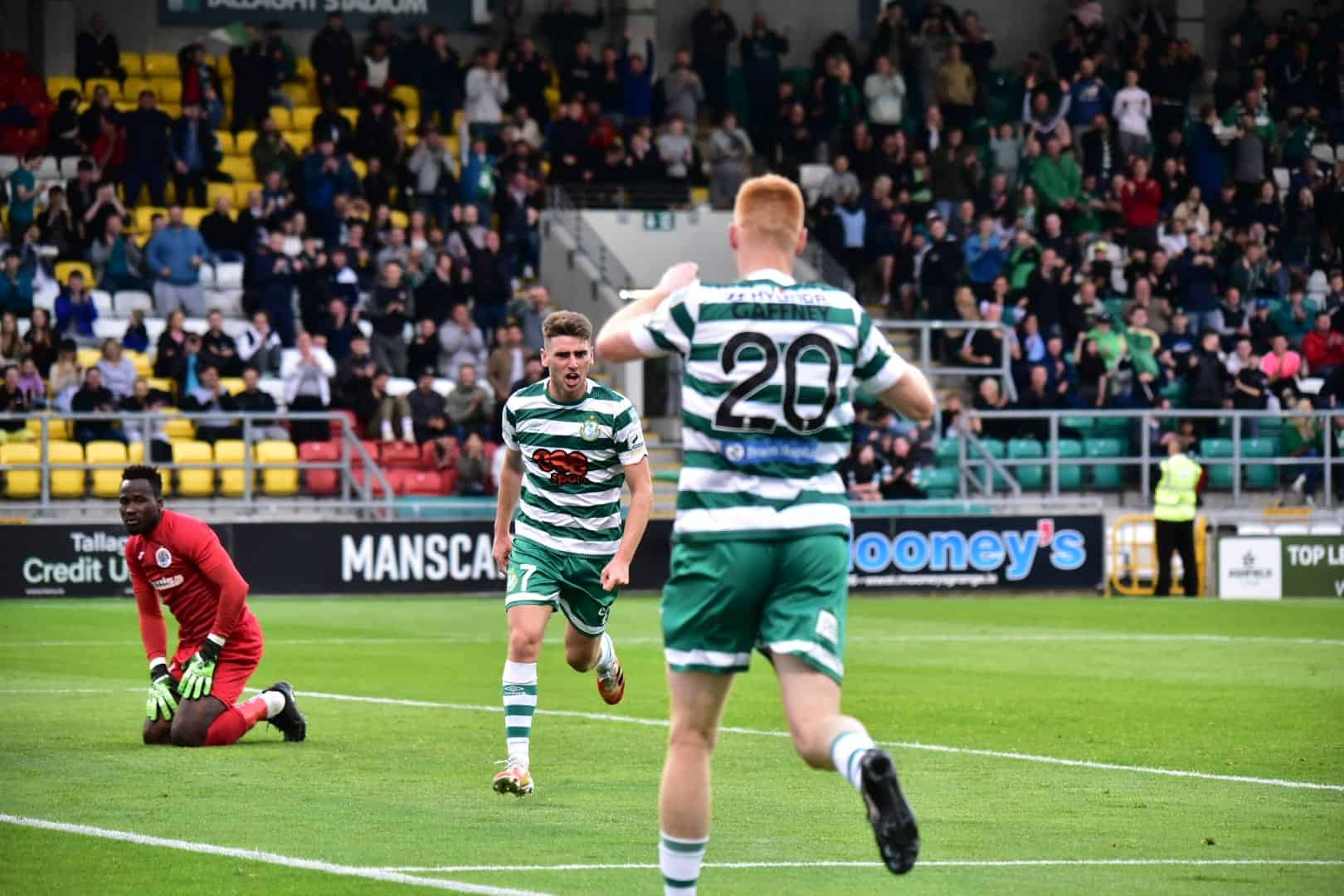 Ludogorets’ home ground is the Huvepharma Arena in Razgrad, a stadium with a capacity of 10,500. Their manager is former Slovenian international, Ante Šimundža.

‘The Eagles’ have won their opening two league games this year and beat Montenegrin side Sutjeska Nikšić 3-0 on aggregate in the first round of the Champions League.

To date, they have reached the knockout stages of the Europa League four times, more than any other club in Bulgaria. They qualified for the last 16 in 2014/15. The following season, Ludogorets became only the second Bulgarian team after Levski Sofia to enter the group stage of the Champions League and made it again in 2016/17.

Rovers’ only meeting with a Bulgarian club was against Botev Plovdiv in the 1962 Cup Winners’ Cup. The Hoops were beaten 4-0 at Dalymount Park and 1-0 in the away leg.

League of Ireland clubs have never won a tie against Bulgarian opposition in eight attempts. Only Derry, in the 1995 Cup Winners’ Cup have won a game, against Lokomotiv Sofia at the Brandywell but they lost on aggregate.

Rovers are 143rd in UEFA club rankings compared to Ludogorets in 76th. Ireland is in 44th place with Bulgaria in 24th.

Against Hibs, Rovers once again reclaimed Dundalk’s record number of games played in Europe, playing their 91st in the Tallaght game. This is Rovers’ 13th away game in the European Cup and Champions League and they have yet to win.

Sean Hoare remains Rovers’ only ever-present, featuring in all 26 games this year. He hasn’t missed a competitive game since the 3-0 win over Finn Harps in October which sealed the 19th league title.

Rovers have kept four clean sheets in their last six European games. Alan Mannus has kept a total of seven clean sheets for Rovers now, a record for a Hoops keeper.

Mannus and Roberto Lopes have moved into joint second for most Rovers appearances in Europe with 20. ‘Big Al’ also played 14 games for Linfield and 12 for St Johnstone.

Ronan Finn is set to make his 50th European appearance in Bulgaria, after scoring his first ever goal against Hibernians. He had made his debut for Sporting Fingal against Maritimo in the 2010 Europa League and missed a penalty for Dundalk away to FH in the 2015 Champions League.

33 of Ronan Finn’s European appearances have been for Rovers. Sean Gannon holds the record for the most European games played for one club with 38 for Dundalk.

The 3-0 win over Hibernians was Rovers’ biggest win in a game and biggest aggregate victory since Progres Niederkorn in the 2015 Europa League. It’s the joint highest winning margin since 1982 and only the second time the Hoops scored three goals in a single European match since 1998.

The last time Rovers had three different goalscorers in a European game had been in the 1998 Intertoto Cup against Altay Spor at Tolka Park. Richie Purdy, Tony Cousins and Paul Whelan found the net in that 3-2 win but the Hoops lost the tie on aggregate in extra-time.

The Hoops scored two second half goals at home to Mlada Boleslav (2017) and Brann (2019) but they hadn’t scored two first half goals since the 3-0 win over Progres Niederkorn in 2015.

Last week in Malta was just the second time since Belgrade in 2011 that Rovers went through a round in Europe on the away leg, the other being Teuta in Albania last season.

This is only the third time in the Tallaght era that Rovers are playing away from home in consecutive European knockout ties. The other was the 2011 Champions League when Rovers advanced in Tallinn and then travelled to Copenhagen in the next round just eight days later, and last year when the Hoops played in Albania and Estonia in successive rounds.

This is Stephen Bradley’s 7th appearance in European competition as manager and he has won five ties. His full record is: Played 21, Won 8, Drawn 5, Lost 8, Scored 25, Conceded 27.

Bradley is behind only Stephen Kenny and Pat Fenlon for most games won (8) and goals scored (25) as a LOI manager in Europe.