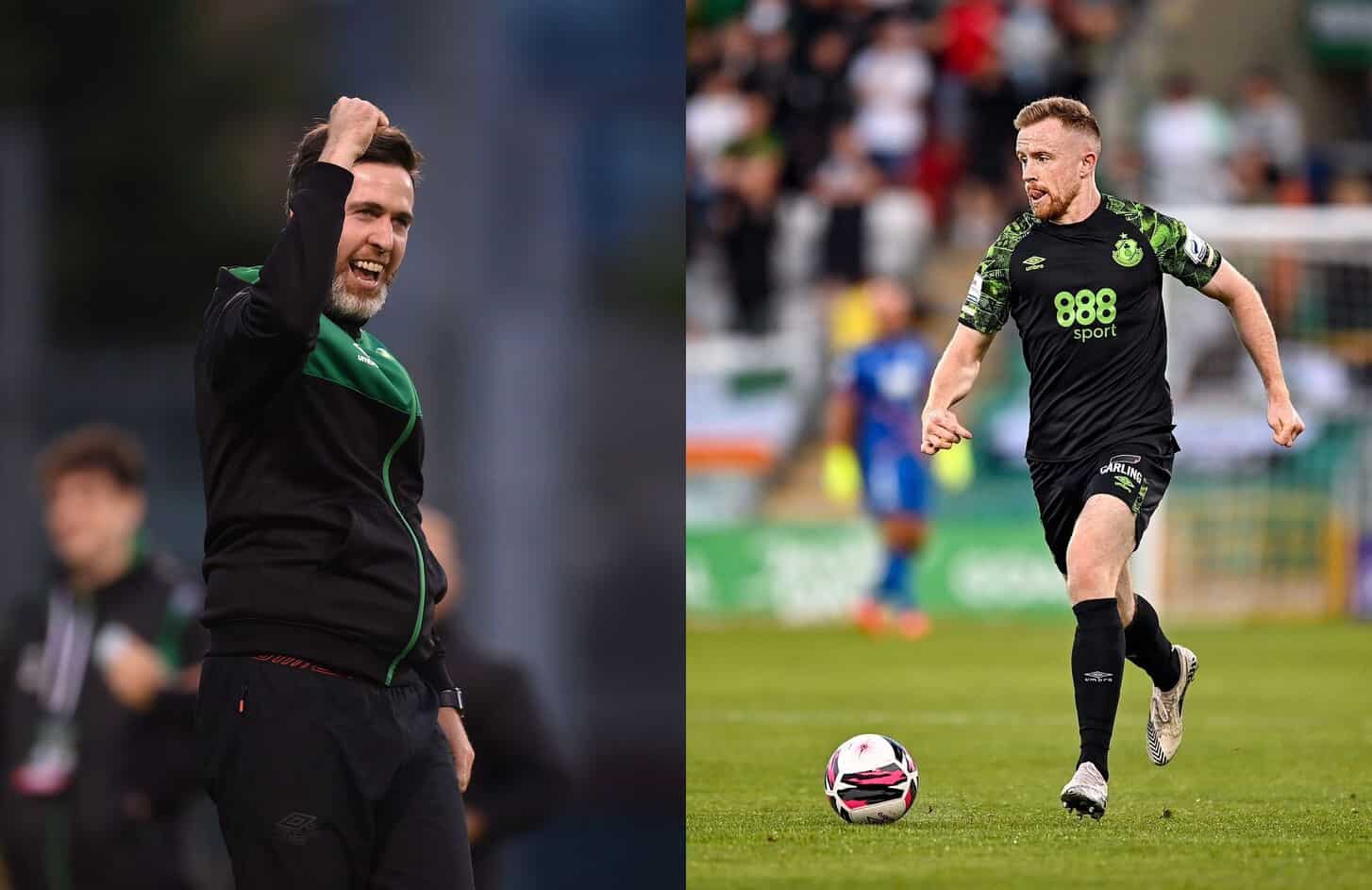 We caught up with Head Coach Stephen Bradley and Sean Hoare after last night’s Champions League Qualifier in Malta, as the Hoops progressed to the 2nd Qualifying Round’

Stephen, how do you sum up the match?

“I thought that we were a little bit sloppy in the first half, but in the second half we were excellent, we managed the game really well and could have scored on the break. It was a professional performance and we were comfortable in the end”

It is Ludogorets in the next round, have you checked them out yet and is that a step up?

“It is definitely a step up, their pedigree over the last few years tells you that, but that’s what we want, we want to be playing at this level. We will do our homework from tonight, starting on the way home tonight, and during the week and we’ll be ready for next week.”

Shamrock Rovers are now guaranteed three more European ties after tonight, with a real shot of playing group stage football. You must be pretty happy to be in that position?
“Yes, this is what we have worked for over the last few years, improving season on season. Thankfully it is paying off for us this year, we have given ourselves a really good chance and there is still plenty of work to do, but we’re happy with where we are.”

There were plenty of tough tackles tonight, are there any new injuries?”

“Yes, there were a few knocks, and we saw plenty of rash tackles. A few of the lads have swollen knees and ankles, hopefully, nothing too bad”

Even though Rovers now only need to win a single tie to make the Conference League stages, how do you look at the three ties ahead of you?

Did you feel that Rovers managed the game well tonight?

We did our work last week and we came here tonight with a different game plan, knowing how they would play. I don’t think that Hibernians had any real chances, a lot of shots from a long distance. It was a poor game, but we’re happy to keep it quiet and go away with the tie won.

Is there a weight off the shoulders after the first round that will liberate the players going forward?

“This first Champions League game is massive, it opens up so many routes for us and we knew that. Our players didn’t play with any fear or apprehension and we were comfortable tonight, we played within ourselves in possession, and we were fine with that, limiting our options in the attacking part of the pitch, which we knew we would, having done our job last week. Winning this round was very important for the club and our path in the tournaments.”

What is the mood in the camp?

“We’ve won the tie, but we won’t be out celebrating, We are a team now that is used to winning now, and we are delighted with a job well done, we’re travelling home tonight to prepare for Bulgaria next week. “

Jack Byrne and Graham Burke were on the bench tonight, Jack got minutes but Graham didn’t. What was the thinking there?

“I wanted to get Graham on, but the way the game was going with some cynical tackles, I felt that a mistimed challenge might have caused a problem for him. Jack was great in training yesterday, he got a few kicks tonight, but nothing major, and we’re delighted with that.”

You must be looking forward to big nights in Tallaght now

“Hopefully this will be a special summer, we’ve put ourselves in a strong position, and we’re looking forward to some more great nights for the next month at least and maybe beyond that for the rest of the season. The crowd in Tallaght will play a big part in that because we know the next round will be a big step up in class and we will need the stadium behind us. They have been brilliant all year so hopefully we will give them many more special European nights.”

You must be happy with 4 clean sheets out of the last 6 European ties?

“We know that teams like to play on the break against us and hit us in transition, domestically and in Europe, we’ve managed that well especially being away from home. Because we are a possession-based team and can be expansive at times it is really important that we respect the quality in front of us; the players have done that and we’re very happy with that.”

Do you think that you have the squad depth for the test ahead?

“Yes, we’ve been together as a group for a number of years now, and we have experience of big games domestically and in Europe. We know that Ludogorets are a step up in class but we will be ready for them.”

How much does Europe mean to you?

Sean, congratulations, job done, but it seemed fairly physical out there at times?

It was definitely. We knew that the conditions pitch and weather aren’t things that we arere used to. We prepared for the big guy up front to start and we tweaked a few things at halftime to improve things for ourselves.

You’ve reached the group stages before. What will it take to get through?

“Three more rounds! Winning the first tie is key, getting through it is massive, and it gives us a few cracks at it. The time I made it before we didn’t win the first round and made it harder for ourselves. We’ve done that now and given ourselves a chance. Next week will be a step up but we will do our homework taking it game by game. Being seeded is key, if we hadn’t won this round it might have been seen as an upset. We showed up in the first leg and made tonight easier for ourselves.”