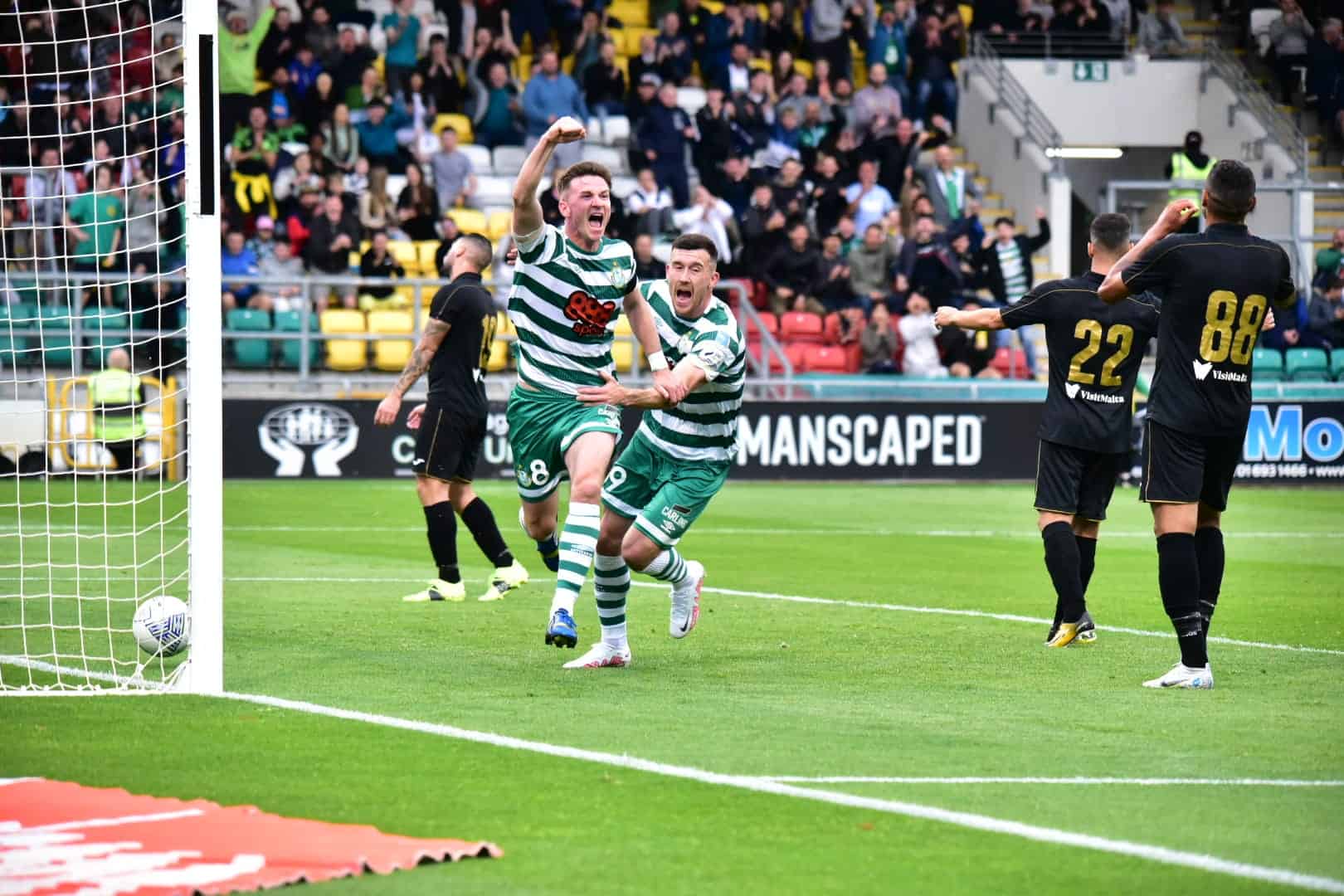 Shamrock Rovers had a dream start to their UEFA Champions League qualifying campaign on Tuesday evening as they beat Maltese side Hibernians 3-0 at Tallaght Stadium. Goals from Ronan Finn, Dylan Watts and Rory Gaffney secured the first leg win in what was an outstanding performance from Stephen Bradley’s side.

The Hoops dominated the first half from the get-go, with Dylan Watts and Aaron Greene both having sightings at goal within the opening five minutes of the game. Watts was causing the Hibernians defence major issues as he threatened from midfield and out wide, with his delivery from set-pieces proving to be particularly troublesome for the Maltese champions. Rovers were playing with the intensity we’ve come to expect from the Champions but Hibernians, still in pre-season, were struggling to adapt to the pace of the game.

Bradley’s side continued to dominate possession and got their reward after 25 minutes. Rory Gaffney picked up possession on the left of the penalty area and his low cross across the six yard box found Finn who timed his run perfectly, applying a first-time finish to give Rovers the lead their dominance deserved.

The Hoops continued to surge forward relentlessly and doubled their lead five minutes before half-time. Gaffney again found himself out on the left and his cut-back fell to Watts who side-footed the ball into the bottom right corner to make it 2-0 to Rovers going in at half-time.

Hibernians came close to pulling a goal back early in the second half as half-time substitute Terence Groothusen’s long-range strike cannoned off the crossbar. And the Maltese outfit would come close again soon after when pacy winger Thaylor was put through on goal, but his effort hit the post and went away to safety. A let off for the Hoops and a warning against any complacency that the game was won in the first half.

Rovers regained control and with 20 minutes to go they found their third goal of the tie. A rapid counterattack from Bradley’s men saw Gaffney play a one-two with Aidomo Emakhu, whose clever back-heel appeared to fool the Hibernians defenders and set Gaffney racing through on goal. In a rich vein of form and full of confidence, he was never going to miss, with the Galwegian calmly slotting home with the inside of his right foot into the far corner to extend Rovers lead. The Hoops continued to control the final stages of the game with Aidomo Emakhu and Richie Towell both having chances to add to the lead but Rovers will be more than satisfied with their night’s work in Tallaght.

“The third goal was vital.”

“We want a good run in Europe, it’s the next thing this team needs to do.”

“The fans were amazing, it’s unbelievable to play in this stadium in front of a crowd like this.”

Rory Gaffney, speaking to RTE after the game

A massive win in Europe for Rovers as they take a commanding lead to Malta next week. The Hoops make the trip to Malta for the second leg next Tuesday 12th July as they aim to progress to the second qualifying round of the UEFA Champions League.