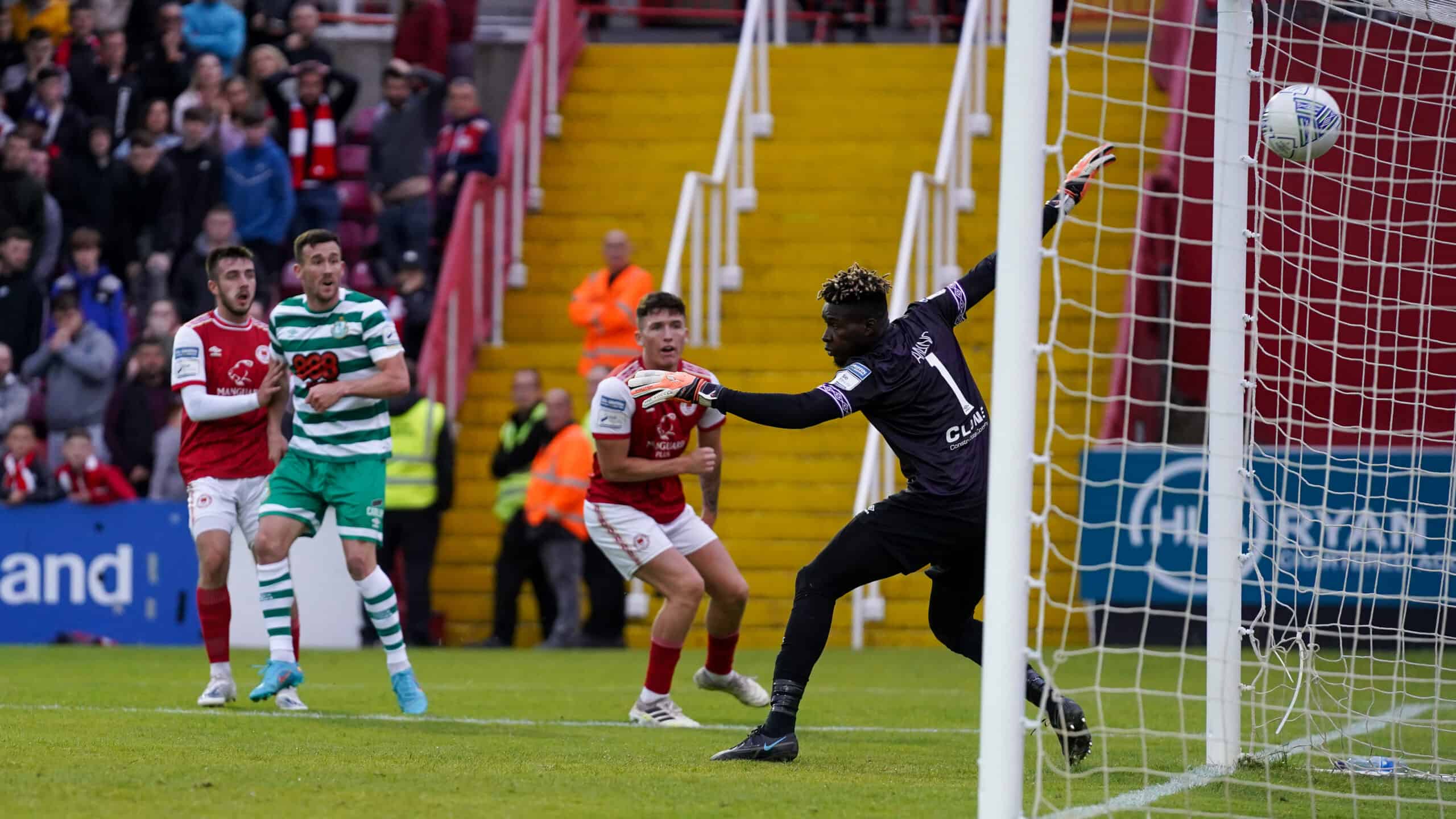 Shamrock Rovers extended their lead at the top of the SSE Airtricity League table to 10 points on Monday night with a comprehensive 2-1 victory against St Patrick’s Athletic at Richmond Park. Second half goals from Andy Lyons and Aaron Greene were enough to earn the Hoops all three points in Inchicore.

It was an intense opening 20 minutes to the game, with both teams playing at a high tempo. Roberto Lopes and Aaron Greene forced St Pat’s keeper Joseph Anang into making some early saves. Rovers continued to cause Pat’s problems down both flanks through Greene and Lyons however the Hoops couldn’t find a breakthrough and both teams went in level after the first 45 minutes.

It was St Pat’s who had the early opportunities in the second half, with Eoin Doyle coming close on two occasions but failing to find the back of Alan Mannus’ goal.

The home side’s threats sprung the Hoops into life and as we reached the hour mark, Rovers finally broke the deadlock. Gaffney set Greene in the box and his low drilled pass made found Lyons on the penalty spot who met it brilliantly with a sweeping finish past Anang to give Rovers the lead.

Just 10 minutes later, the lead was doubled. Gaffney picked out Greene with a pinpoint cross-field pass. Greene went on an outstanding solo run, nutmegging two St Pat’s defenders, before firing past Anang to make it 2-0. Eoin Doyle scored an injury-time consolation penalty for the home side after Tunde Owolabi was fouled in the area, however, it was too little too late as the Hoops saw out the remaining minutes to earn all three points.

It’s another big Derby win for the Hoops who extend their lead further at the top of the table. Up next is an away trip to Ballyvofey on Friday to take on Finn Harps.