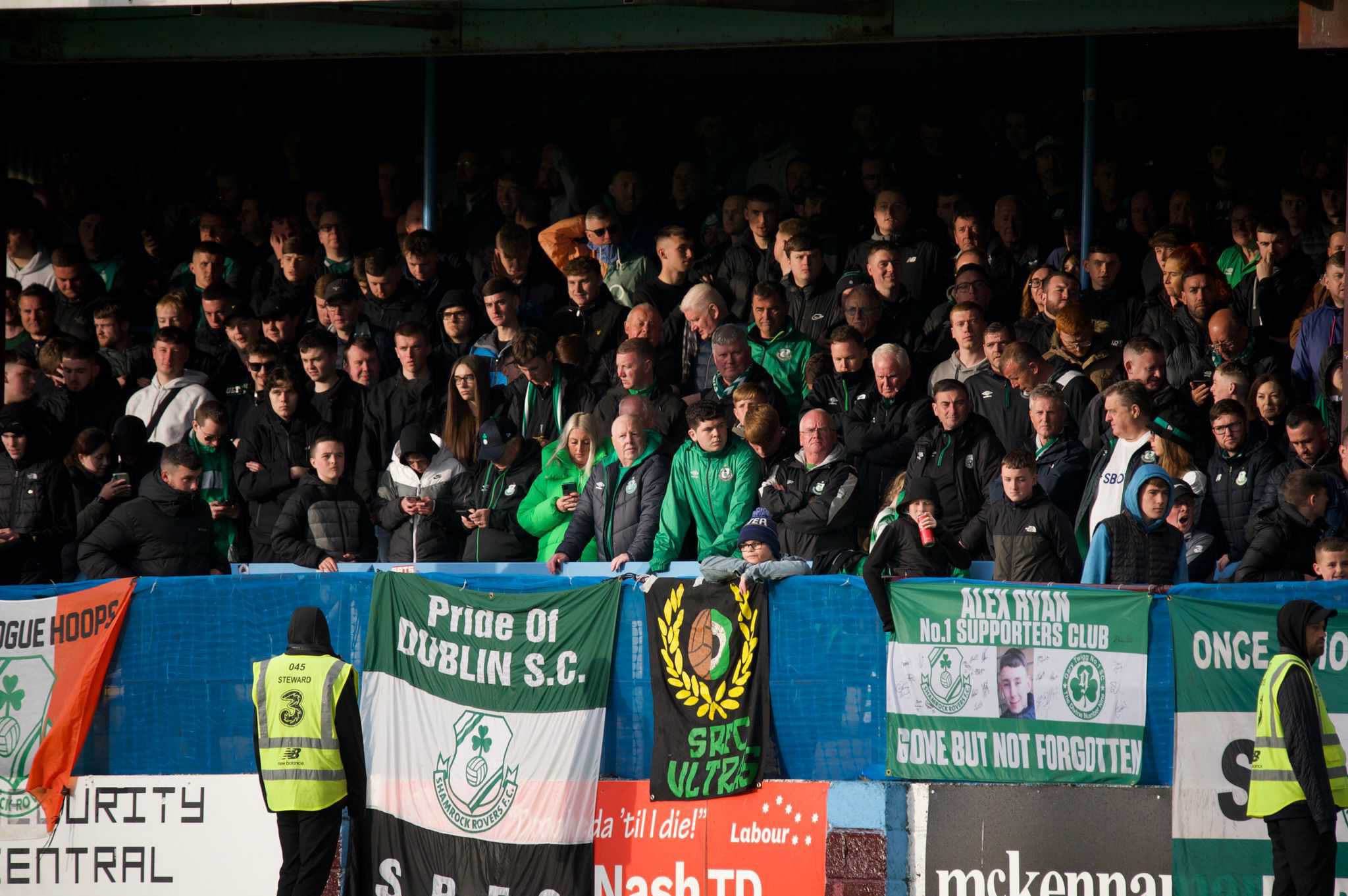 Rovers suffered a 1-0 defeat to Drogheda United on Monday night in the SSE Airtricity League. A first-half header from Ryan Brennan was the difference between the two sides at Head In The Game Park

It was the Hoops who started the game on the front foot with a Danny Mandroiu free-kick forcing Drogheda goalkeeper Sam Long into a fine save. Rovers were on top in the opening 20 minutes, controlling possession and creating chances out wide.

Stephen Bradley’s side nearly took the lead at the half-hour mark. An Andy Lyons cross found Mandroiu who headed just wide of the goal. Unfortunately for the Hoops, the missed chances would cost them as Drogheda took the lead 10 minutes before half-time.

Dayle Rooney did well out wide and found a cross into the Rovers box which Brennan headed into the back of the net to give the home side a 1-0 lead. There was more misfortune for Rovers as Jack Byrne was forced off before half-time after picking up an injury

The Hoops came out strong for the second half and came close to equalising through Sean Hoare, but the defender’s header was just wide of the post. Rovers continued to be on top and the fresh legs of Graham Burke, Gary O’Neill and Aidomo Emakhu helped the Hoops control possession and ask questions of the Drogheda defence.

Rovers kept pushing but Drogheda remained strong in defence and tough to break down. As we entered the final 10 minutes of the game, Rovers were reduced to 10 as Danny Mandroiu was shown a second yellow card. Bradley’s side continued to push but were just missing the final finish.

The Hoops will be eager to bounce back from Monday’s result this Friday as they host Damien Duff’s Shelbourne at Tallaght Stadium.