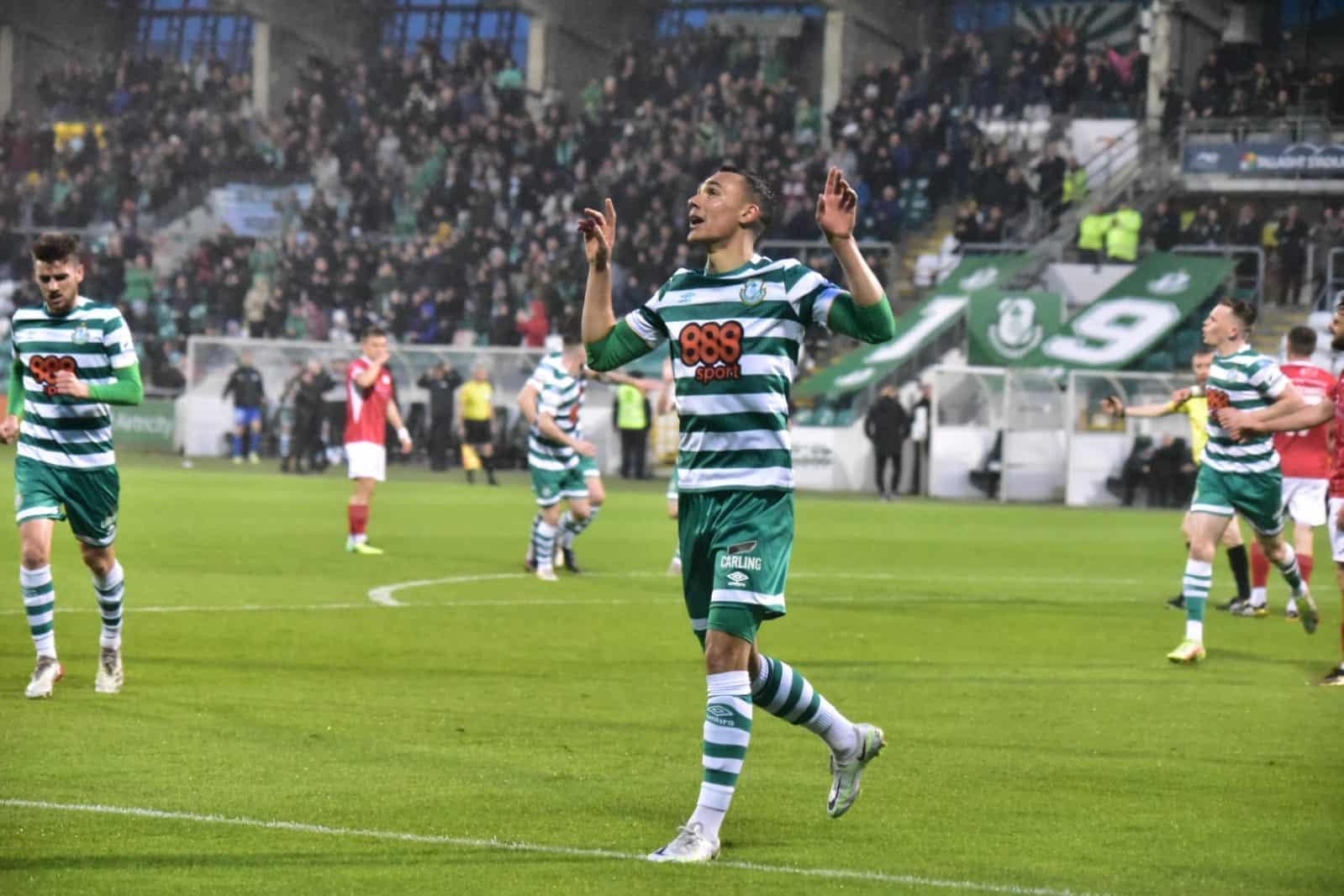 It was an intense first half of the game with Rovers passing the ball well and maintaining possession but failing to create any clear cut chances against a strong Sligo defence.

Barry Cotter and Neil Farrugia provided the threat for Stephen Bradley’s side out wide but the team were just missing the finishing touch in the first period, meaning the teams went in at half-time at 0-0.

The beginning of the second half saw Bradley introduce Graham Burke, Rory Gaffney, Chris McCann and Andy Lyons from the substitutes bench to provide extra quality in the final third and just 10 minutes into the second half we saw the first goal of the game.

A slip by Sligo defender Colm Horgan gifted possession to Lyons who found Jack Byrne who set up Burke who finished well to give the Hoops a vital lead.

Less than a minute later, Rovers had doubled their lead. Byrne cleared the ball from the edge of the Rovers penalty area and Gaffney showed astounding pace to reach the ball before sliding Burke in who found the bottom corner past Richard Brush.

Rovers all but sealed the points with 20 minutes to go when Lyons teed up Burke at the edge of the box. Full of confidence, Burke struck a low drive from 25 yards that found the corner of the net to get his well-deserved hat-trick.

Liam Buckley’s side pulled one back with 10 minutes to go through substitute Aidan Keena but it wasn’t enough as the Hoops remained in control and saw out the final minutes of the game comfortably.

Derry City could only manage a goalless draw with St Patrick’s Athletic tonight meaning Rovers have moved into pole position in the league standings.

Up next for Bradley’s side is a massive game against City this Friday evening. The Hoops will be looking for revenge after the 2-1 defeat to Derry last time out.