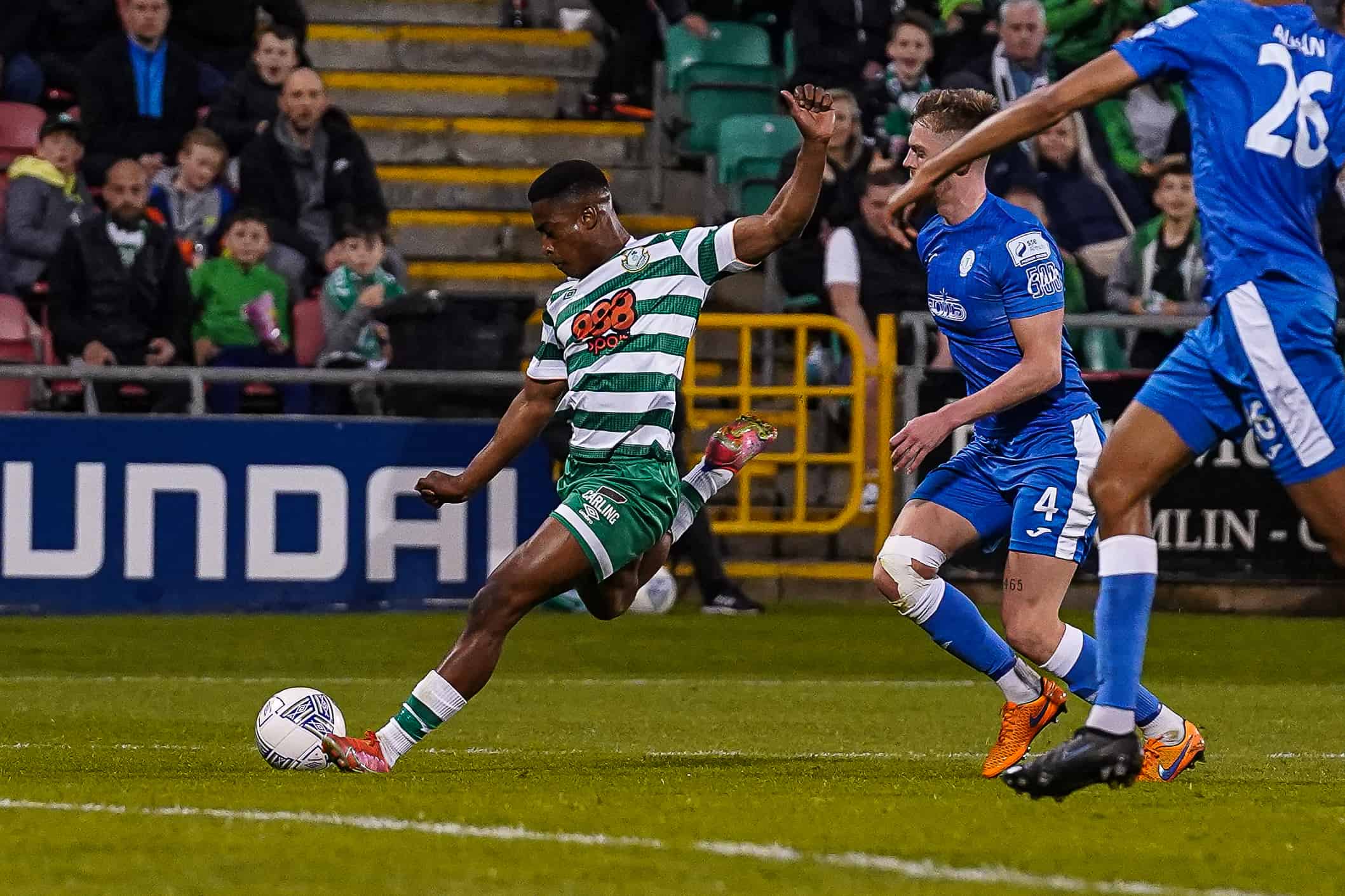 Shamrock Rovers continue their fine form in the SSE Airtricity League as they beat Finn Harps 3-1 on Friday night at Tallaght Stadium thanks to goals from Roberto Lopes and a brace from Danny Mandroiu.

Rovers started the game confidently, controlling possession in dangerous areas and Stephen Bradley’s side got their rewards just 17 minutes in when Lopes found the net, firing home a loose ball in the box following a corner kick.

Just minutes later the Hoops doubled their lead through Mandroiu. Rory Gaffney played a delightful through ball to Sean Gannon who squared it across the box to Mandroiu to slide home.

Rovers got a third just before the 30-minute mark. A delightful cross by Jack Byrne found Mandroiu who’s diving header found the net despite Mark Anthony McGinley’s best efforts to save.

Finn Harps got a goal back just before half-time through Conor Tourish but going in at the break Rovers were in the driving seat.

Bradley made some half-time subs with Sean Hoare, Graham Burke and Aidomo Emakhu all coming on (replacing Lee Grace, Jack Byrne and Rory Gaffney), ensuring the team remained fresh ahead of a busy schedule.

Rovers continued to stay on top and it was Emakhu who came close on two occasions but could not find the back of the net. The Hoops came close again, but a couple of McGinley saves kept the score-line at 3-1.

A massive three points for Rovers who now move within a single point of Derry City who drew 1-1 with Bohemians at The Ryan McBride Brandywell Stadium.

Up next for Stephen Bradley’s side is another game at the Tallaght Stadium as Sligo Rovers come to town on Monday night.