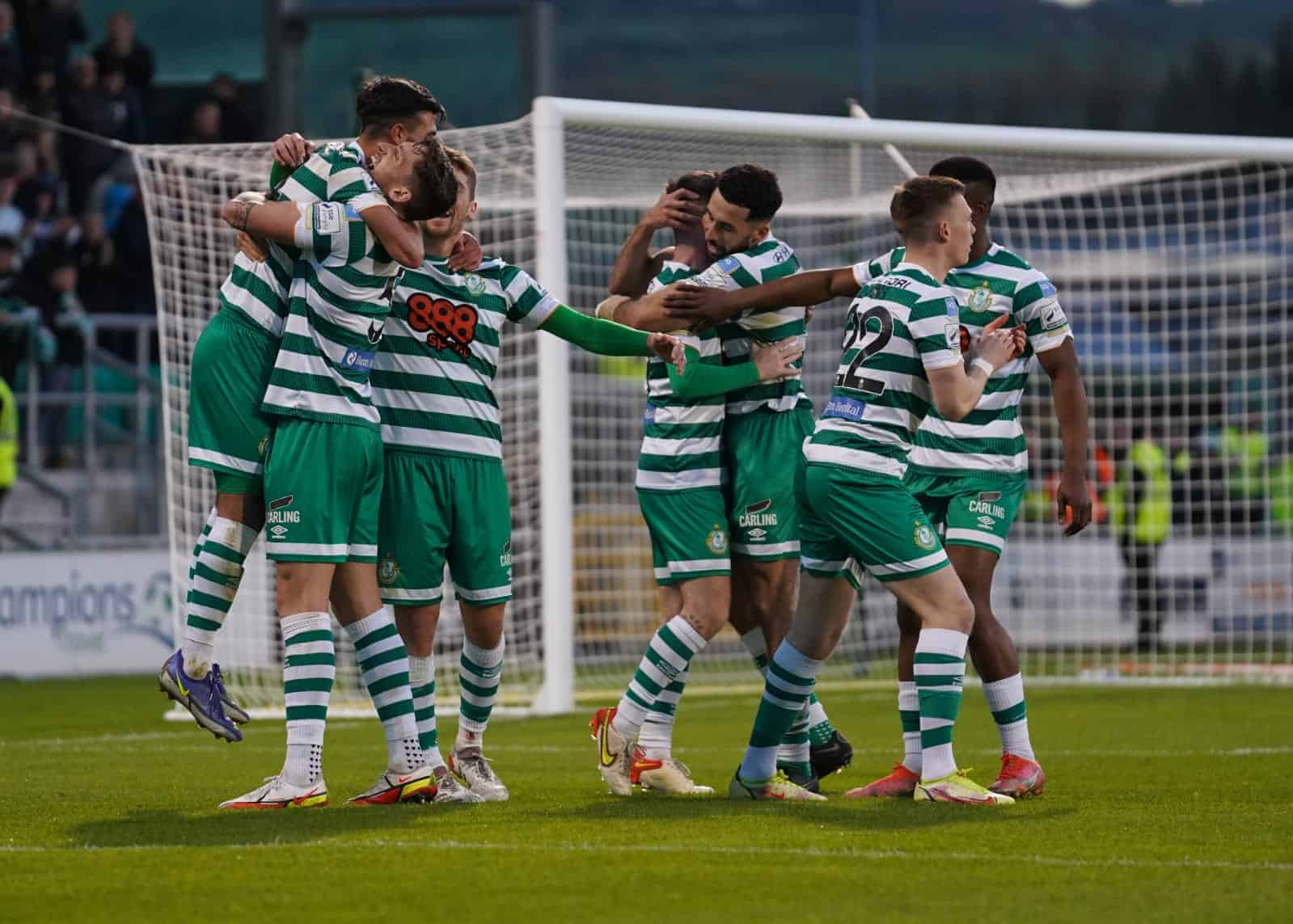 Shamrock Rovers have moved within one point of Derry City after beating Dundalk 1-0 this evening.

It was an entertaining start to the game with Dundalk nearly opening the scoring through a Daniel Kelly header, but Roberto Lopes cleared off the line.

Rovers reacted immediately and came close themselves through Sean Gannon and Sean Hoare, but their efforts were kept out well by Dundalk goalkeeper Nathan Shepperd to keep things all square.

The Hoops had a few more half chances and kept control of possession well but could not break through before referee Rob Hennessy blew for half-time.

The second half saw the game turn quite scrappy and physical as both teams looked to get on top. Stephen Bradley’s side kept their composure and it paid off with 25 minutes to go.

Jack Byrne picked up the ball on the halfway line and calmly threaded through an outstanding pass into the path of Danny Mandroiu who finished well past Shepperd to give Rovers the lead.

The Hoops knew how important a victory tonight was and made sure to stay compact for the remainder of the game, not letting Dundalk create any real opportunities. As the game entered the latter stages, Dundalk defender Brian Gartland was sent-off for a second yellow.

Mandroiu’s goal was enough for Rovers to take home all three points, making it four wins in their last four games for the team.

Up next for the Hoops is a trip to Dalymount Park on Friday to face Bohemians.

Booked: B Gartland (Sent off).