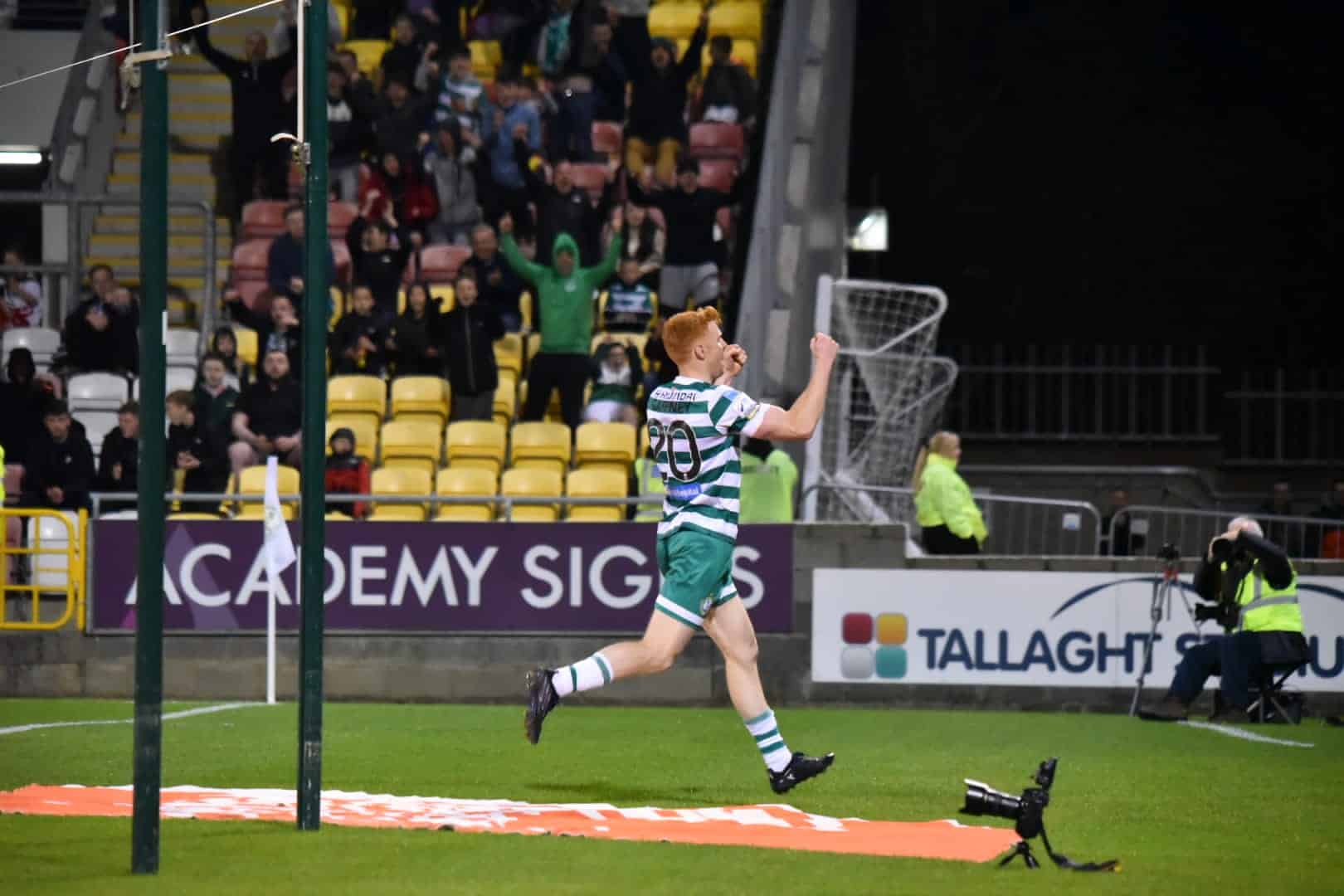 Rory Gaffney’s second-half finish was the difference in what was a massive win for the Hoops on Good Friday.

The opening 20 minutes of the game saw little in terms of chances, with Stephen Bradley’s side maintaining possession well but failing to break through a tough St Pat’s defence.

The first half remained tight between the sides. The Rovers’ defence had work to do at the end of the half, Roberto Lopes and Lee Grace made sure to get in the way and block a strong shot from Darragh Burns. Going in at the break it was level and all to play for.

Despite the close first half, it took as little as five minutes to finally open the scoring in the second period. Danny Mandroiu picked the ball up in a great position on the right-hand side of the final third and put in a quality cross which was headed home by Rory Gaffney for his second goal of the season.

The goal gave Rovers confidence and Bradley’s side remained on top for the rest of the second half, keeping possession well and creating good combinations throughout the pitch.

With another game in three days’ time, Bradley made sure to make all five changes with the likes of Dylan Watts, Aaron Greene and Sean Gannon all coming on to give the Hoops some fresh legs throughout the team.

St Pat’s failed to threaten for the majority of the second half in what ended up being quite a routine win for Rovers.

Friday night’s victory sees the Hoops remain in second place just three points behind leaders Derry City. Up next for Rovers is an Easter Monday clash with Dundalk at the Tallaght Stadium.