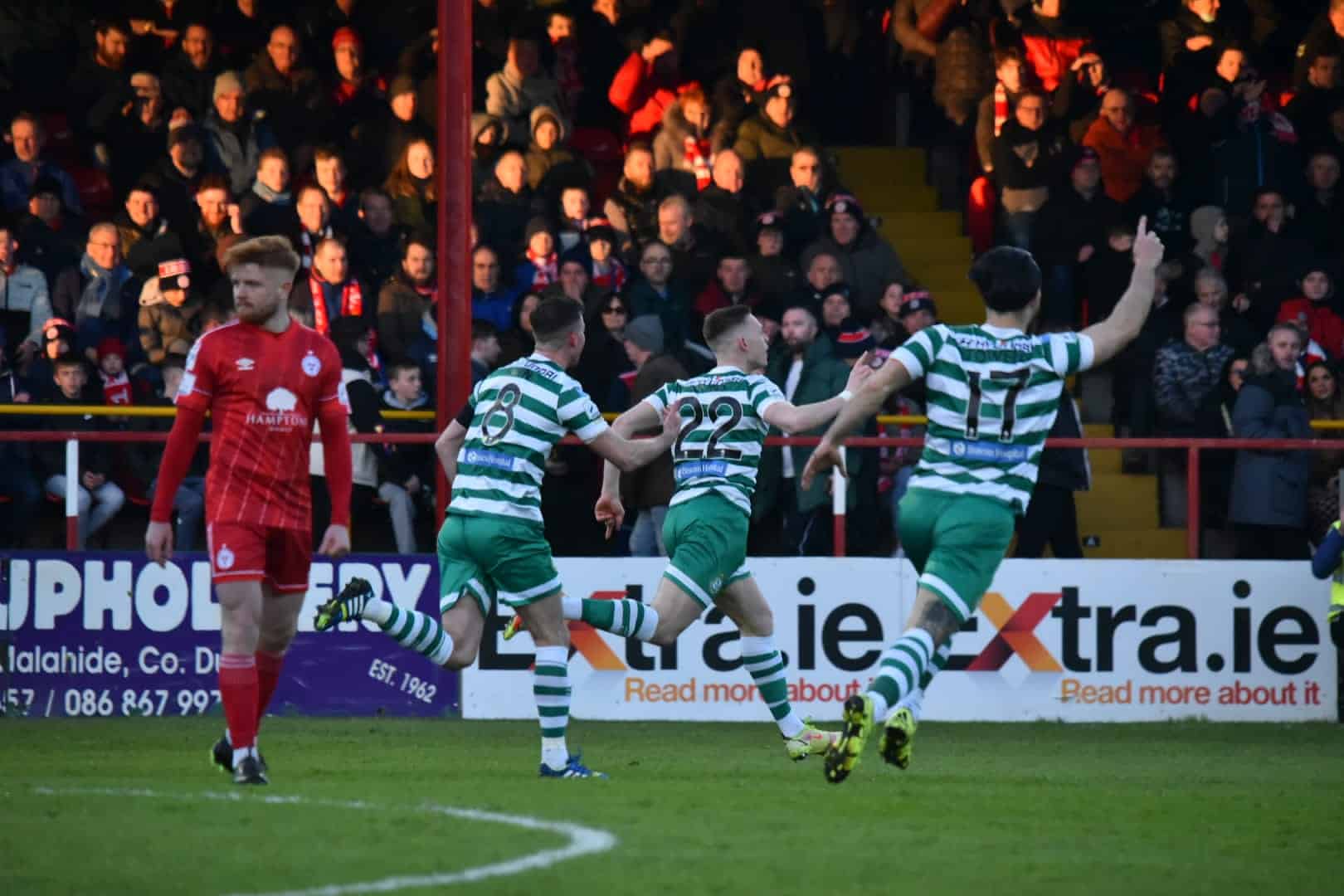 Shamrock Rover extended their unbeaten streak in dramatic fashion tonight after beating Shelbourne 2-1 thanks to a last-minute goal from super-sub Aaron Greene.

800 Hoops fans made the trip to Tolka Park and they could not have asked for a better start. Just two minutes into the game Rovers opened the scoring. The Hoops pressed the Shelbourne defence high to win possession, with the ball eventually finding Andy Lyons on the edge of the box who found the bottom right-hand corner brilliantly. It’s Lyons third goal of the season having already scored a brace against Finn Harps last week.

Rovers continued to dominate possession in the first half and had a few more chances to double their lead. Graham Burke, Jack Byrne and Lyons all came close but were just missing the final finish. Going in at the break Stephen Bradley’s side would have been satisfied with their performance.

Unfortunately for Rovers it was Shels who would strike first in the second half. Defender Kameron Ledwidge’s impressive pass ended up falling to Shane Farrell who slotted the ball past Alan Mannus to bring the game level with 30 minutes to go.

The Hoops continued to stay on top despite the goal and attempted to push for a winner, with Burke and Gaffney having good opportunities but failing to convert.

Bradley made some positive substitutions as the game went on and eventually, they paid off. As the game went towards the 89th minute, Rovers picked up possession deep in the Shelbourne half. A piece of quick passing play meant the ball fell to substitute Aaron Greene on the edge of the box who after setting the ball up with a great touch, arrowed a strike into the roof of the net with his left foot to win the game for Rovers.

It was another top performance by Rovers and Bradley’s substitutions again played a big role in changing the game.

Up next for Rovers is a return to Tallaght Stadium as they host St Patrick’s Athletic next Friday evening.