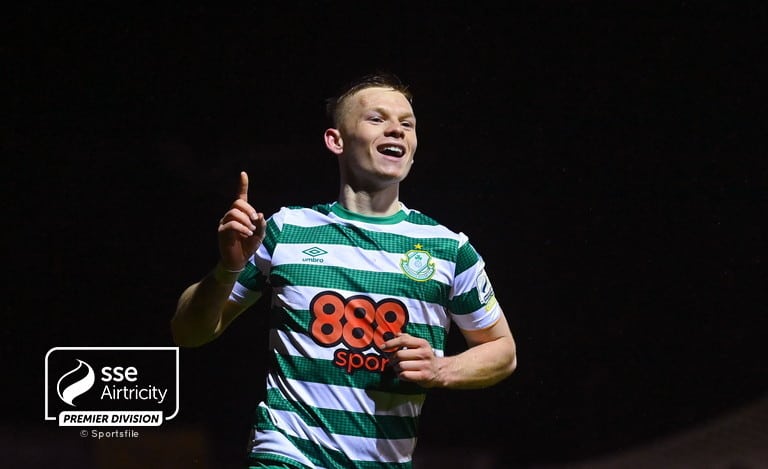 Shamrock Rovers returned to action in style on Friday night as they beat Finn Harps 3-0 in Donegal.

The Hoops were piling on the pressure on Harps in the opening 20 minutes as McGinley was called into action yet again to deny Burke.

Stephen Bradley’s men kept playing their game well and finally got the breakthrough just before half-time. A corner kick deep into injury time in the first half saw Andy Lyons react quickest to head into the back of the net to put Rovers 1-0 up going in at the break.

Harps started the second period strong as Ethan Boyle got on the end of a Rob Slevin cross but Alan Mannus brilliantly saved the attempt onto the woodwork.

Despite the scare, Rovers continued to dominate with Rory Gaffney causing the Harps backline real problems.

The Hoops continued to push and as the game entered the final 10 minutes, Andy Lyons found the back of the net for a second time to seal the victory.

Rovers continued attacking and won a penalty kick after McGinley was shown a red card for fouling Rory Gaffney inside the area.

Harps substitute Bastian Hery, usually a midfielder, opted to go in nets for the spot-kick.

The former PSG man couldn’t deny Burke from finally getting his goal as he converted from the spot.

Stephen Bradley will be delighted that his side has their first away win of the season as the Hoops look to carry on their unbeaten run.

Up next for Rovers is another away game next Friday as the team prepare to face Damien Duff’s Shelbourne.