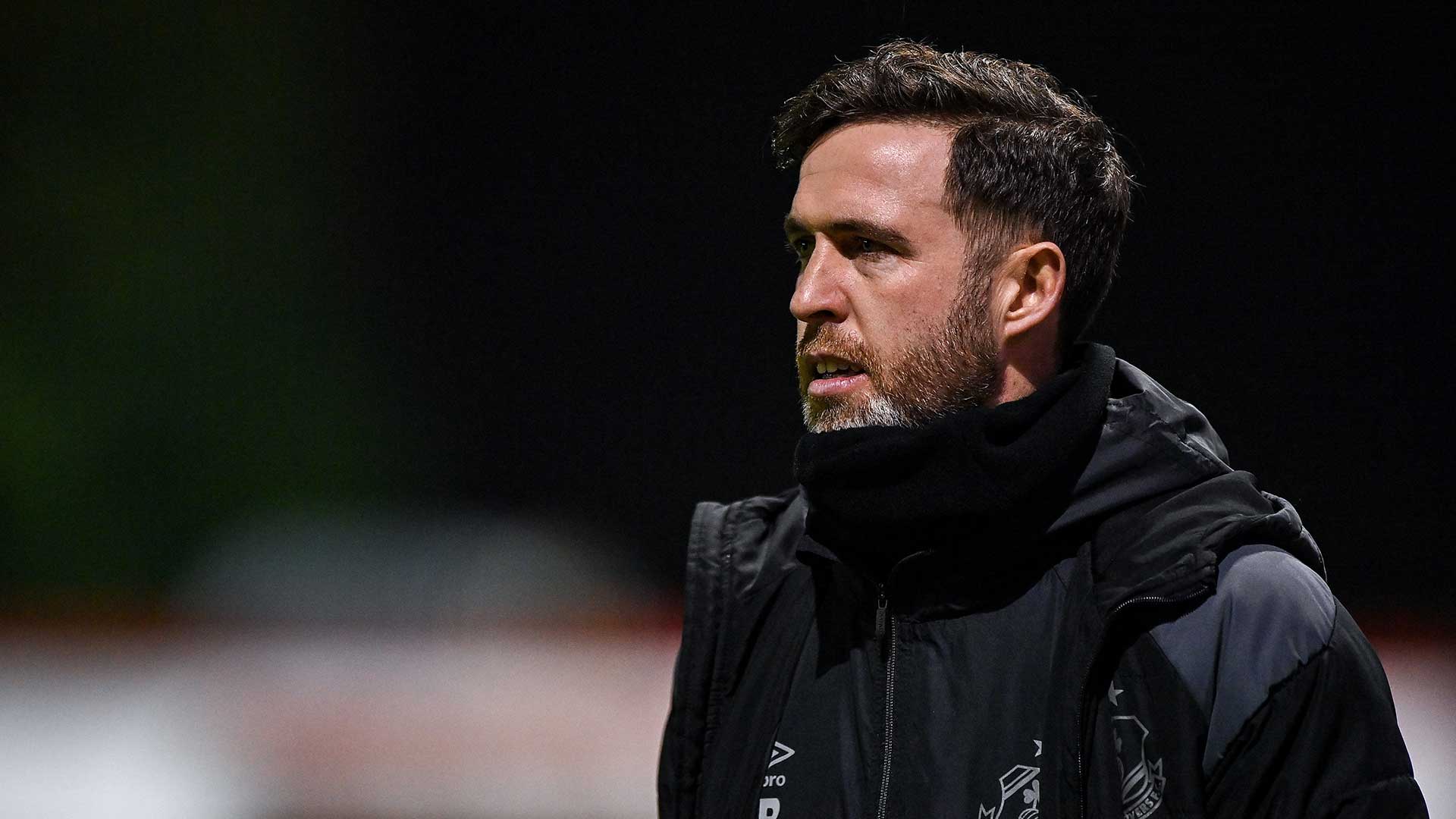 Stephen Bradley spoke to shamrockrovers.ie ahead of the season curtain-raiser. Tickets are still available to buy online

Are you happy with our pre-season programme so far and how do you feel have we looked in the friendly games?

“We’re really happy. I think we’ve worked really hard for the last number of weeks and the games have gone well. We’ve come through them with only knocks and bumps which is always a positive in pre-season. So, we’re really happy and ready to go now.”

Just two signings for 2022, Jack Byrne and Andy Lyons. Are you happy with our transfer business and does that number suggest a strong and settled squad was already in place?

“We’re really happy with Jack and Andy, adding to what we already have, and it shows that we’re happy with the group as a whole. We like how competitive the squad is and we feel it’s strong across the board.”

St Pat’s have appointed a new manager and made some good signings. Do you think they’ll be up there again this season?

“Yes, I think they’ll definitely expect to be competing to win the league with the players they’ve brought in. They’ve added quite a few and I’m sure they’ll see themselves as title contenders.”

Do you like the President’s Cup as a curtain raiser for the season and a chance to win some silverware?

“Yes, it’s a great game to have before the season kicks off. Obviously the UCD one is the important one, but Friday gives us a chance to go and win a trophy, which is always something you want to do. So, it’s an important game and one we’re looking forward to.”

Do we have any injuries or doubts going into Friday?

“Andy Lyons and Aaron Greene picked up knocks last week. Nothing serious, they’ll be fine for next week, but we’ll leave them out for Friday.”

Are the players excited to be back in action and play in front of hopefully a good crowd who have been waiting months as well?

“We’re all looking forward to playing in front of our fans in Tallaght. Pre-season is pre-season, and a lot of the games have been behind closed doors, so it’s going to be really good to be back in front of our supporters at Tallaght.”

The match in Tallaght Stadium kicks off at 8pm and is also available to stream on loitv.ie