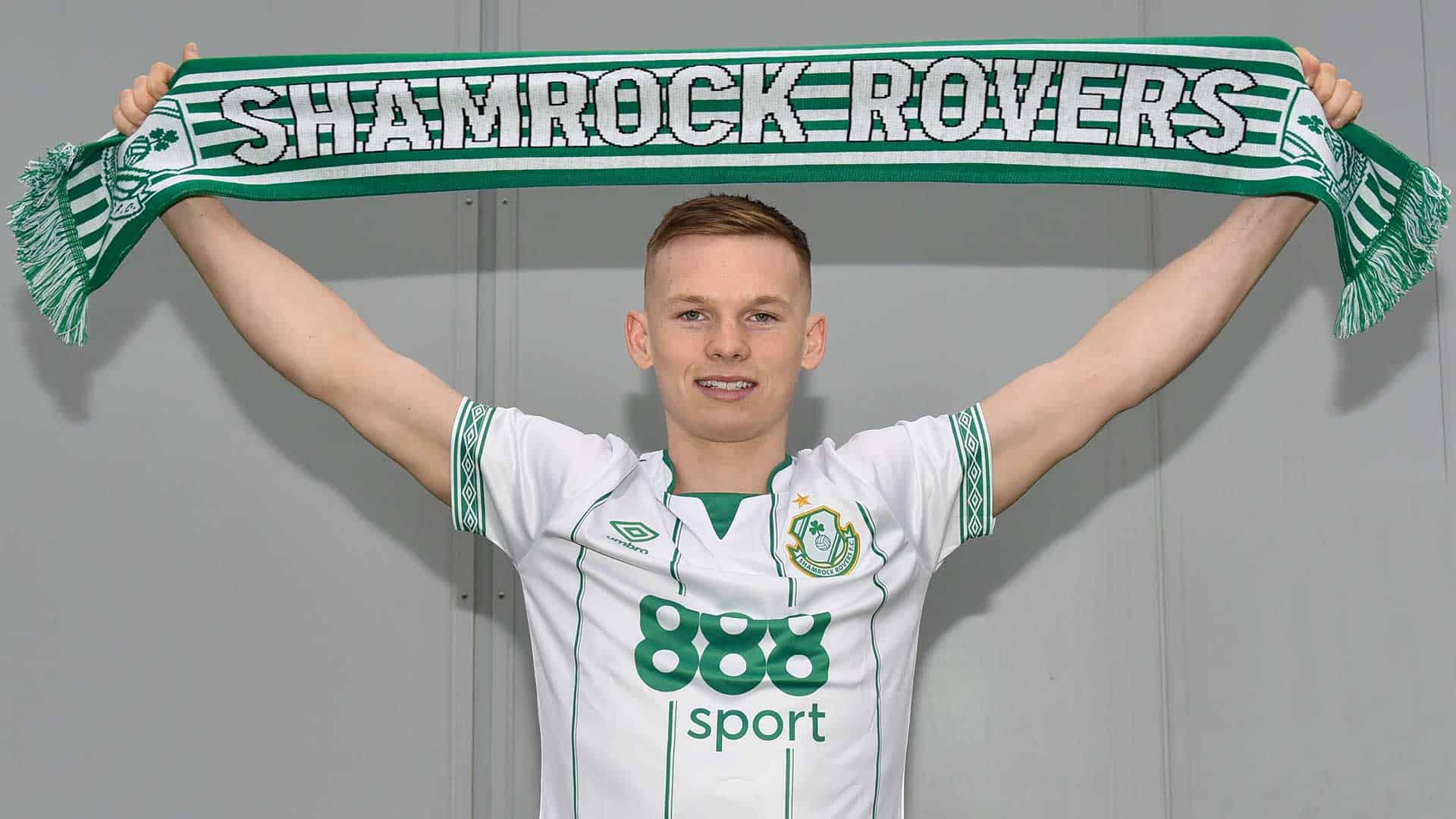 Shamrock Rovers F.C. is delighted to announce the signing of Irish U21 International defender Andy Lyons on a multi-year deal with the Hoops.

“Andy has a lot of attributes that we like and that we feel fit how we play. We’ve liked him for a while. We tried to sign Andy a couple of years back and it didn’t quite come off. So we’re delighted to get him this time around because he fits our profile of player and how we try to play. When we had a conversation, it was pretty straightforward. Andy recognised that he wanted to be with a team that is winning and competing for things. It’s a chance to improve every aspect and we obviously represented that chance and that opportunity for him.
We believe that there’s a lot of development in Andy. That’s one aspect of him coming here that we spoke about. We know we can help him be a better player and we feel he can help us be a better team, so it works for both. He suits how we play and adds real strength to the squad and he’s another player who can play in a number of positions as well, which is really important for us with the amount of games that we play throughout the year. It’s important to have a competitive squad and I feel we have that now.”

Andy himself is obviously delighted to make the move to Rovers and said:

“I’m absolutely buzzing to get the deal over the line. It’s a massive club, obviously in everything they’ve shown in the last few years with their league titles and European runs, and I’m delighted to be part of that now. I’m delighted to be here.
I got a call from Stephen Bradley and once I started chatting to him and hearing his plans and vision for me, that was something I was really excited about. England and the UK is my ambition, but he outlined what his plan is for me and I think this is the perfect club for me. Especially at the age I’m at now, going to a full-time set up was something that was big for me. There is that European exposure and hopefully some leagues and cups as well. It’s definitely going to aid my development and Stephen has a clear plan in place for me so I’m looking forward to it.
There was a bit of interest from the UK but I just felt that the next step for me was a full-time club, and the league champions – there’s no better place to go. They’ve won trophies and there’s the European factor as well. They played six games last season and obviously this year we’re hoping to win a few games in Europe and push on to that next level.
My time at Bohs was brilliant and I’ve a lot of friends there. I think not getting Europe with Bohs was very disappointing and my experience last year meant that I just really want to go back there and experience that again. It’s about making that next step for me in my development in my career.

Andy met up with his new teammates at training this morning as the Hoops continue pre-season training in the run-up to the President’s Cup tie on Feb 11th and the Premier Division commencement at Tallaght Stadium on Feb 18th.

Bio:
Andy joined Bray Wanderers Under U17’s side in July 2016 but he spent just one month with the Seagulls before moving to Bohemians. A full-back, he made his league debut for Bohemians in April 2018. Andy made 58 league appearances in total for the Gypsies, scoring once along with two goals in the FAI Cup. One of those was the 2-1 win over Rovers in August 2021. A month later, the Naas man earned his first cap for Ireland Under 21’s in Bosnia. Andy also played all six games last season for Bohemians in their UEFA Europa Conference League run.