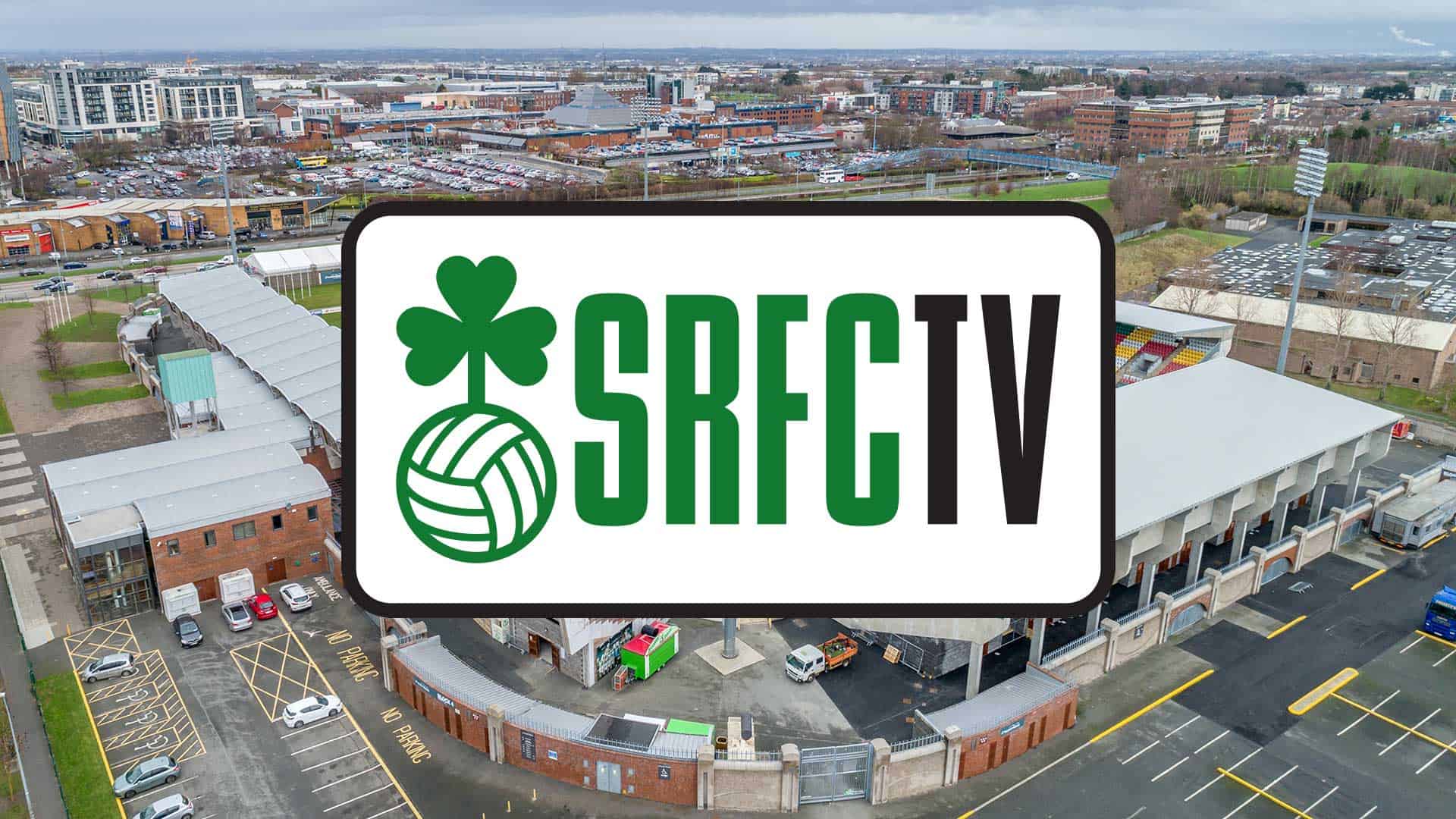 As both of our last two home games will be broadcast live on RTÉ 2 and RTÉ Player, there will not be any further match coverage this season from our own SRFC TV on the LOITV platform.

We would like to thank the small, but very committed team, who put the series of games together, producing arguably the best production in the league.

Each game had bespoke video inserts that highlighted elements of the club; from our Development Academy, the Junior Hoops zoom chats with the squad, From Ringsend to Tallaght book preview, Take Me Home documentary preview, Glenmalure Rovers, What it means to be a Member, ex Player interviews, Milltown model feature, Women’s U17s team and many more. These were developed to intro the programme pre-match and also played out during the half time break.

The commentary team of Con Murphy (and Des Curran on occasion) alongside pundit Graham Gartland proved a massive hit with viewers and added so much to the enjoyment of the programme.

Our production partner, 24/7 TV, are one of the best in the business, offering a 3 camera solution with remote production, we thank Adrian and his team.

And finally, to you the viewer, we covered 10+ games including league and Europe from June to October and we hope that you have enjoyed us bringing home games to you wherever you are supporting Shamrock Rovers in the world.