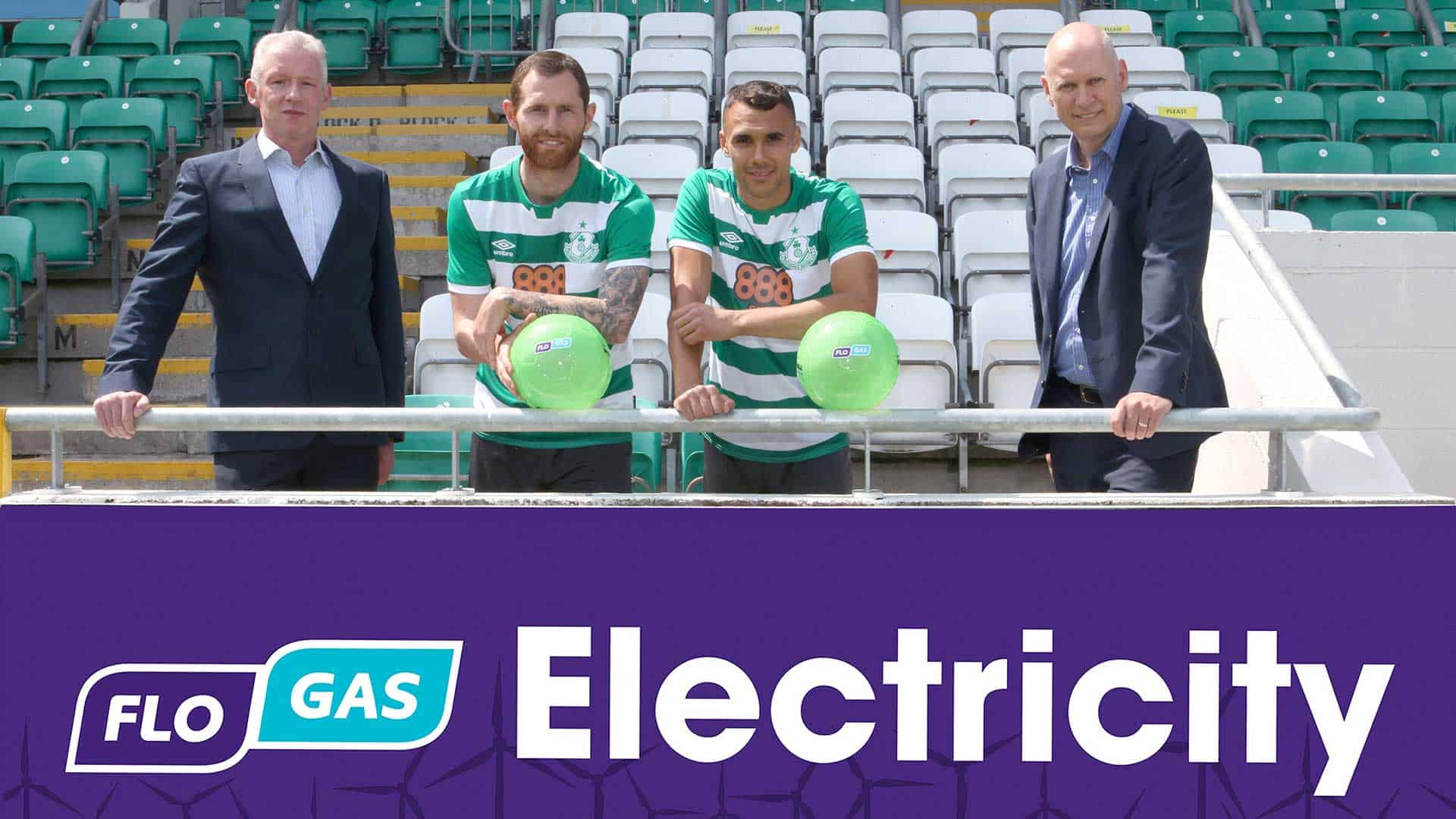 Shamrock Rovers F.C. is delighted to announce Flogas as the club’s European Partner.

Some energising football moments are ahead as Flogas announces its European Partnership with Shamrock Rovers, who will be competing in the 2021 Champions League qualifiers in July. The reigning Irish champions take on Slovak Super Liga winners Slovan Bratislava in the Tehelné Pole stadium on Wed 7th July, followed by a return match in Tallaght Stadium on Tuesday 13th July.

As the new European Partner, we are delighted to be brightening up the Rovers’ ‘green’ community of players, families and fans with 100% green electricity. Over the coming season, we’re looking forward to watching some ‘electric’ setpieces under lights on the wonderful pitch at Tallaght Stadium.

2021 also marks the tenth anniversary of a magical year for Shamrock Rovers Football Club. In 2011, having won the League of Ireland the previous season, the club entered the Champions League qualification stages hoping to make history. Rovers achieved that in style with a dramatic play-off win in Belgrade, knocking out red-hot favourites FK Partizan. It was the first time an Irish club made it to the group stages of a UEFA club tournament.

We are very grateful to Flogas for supporting our European campaign. It’s an exciting time for the club as we carry the torch for Ireland in this year’s UEFA Champions League and we are pleased to have Flogas as our partner on this adventure.