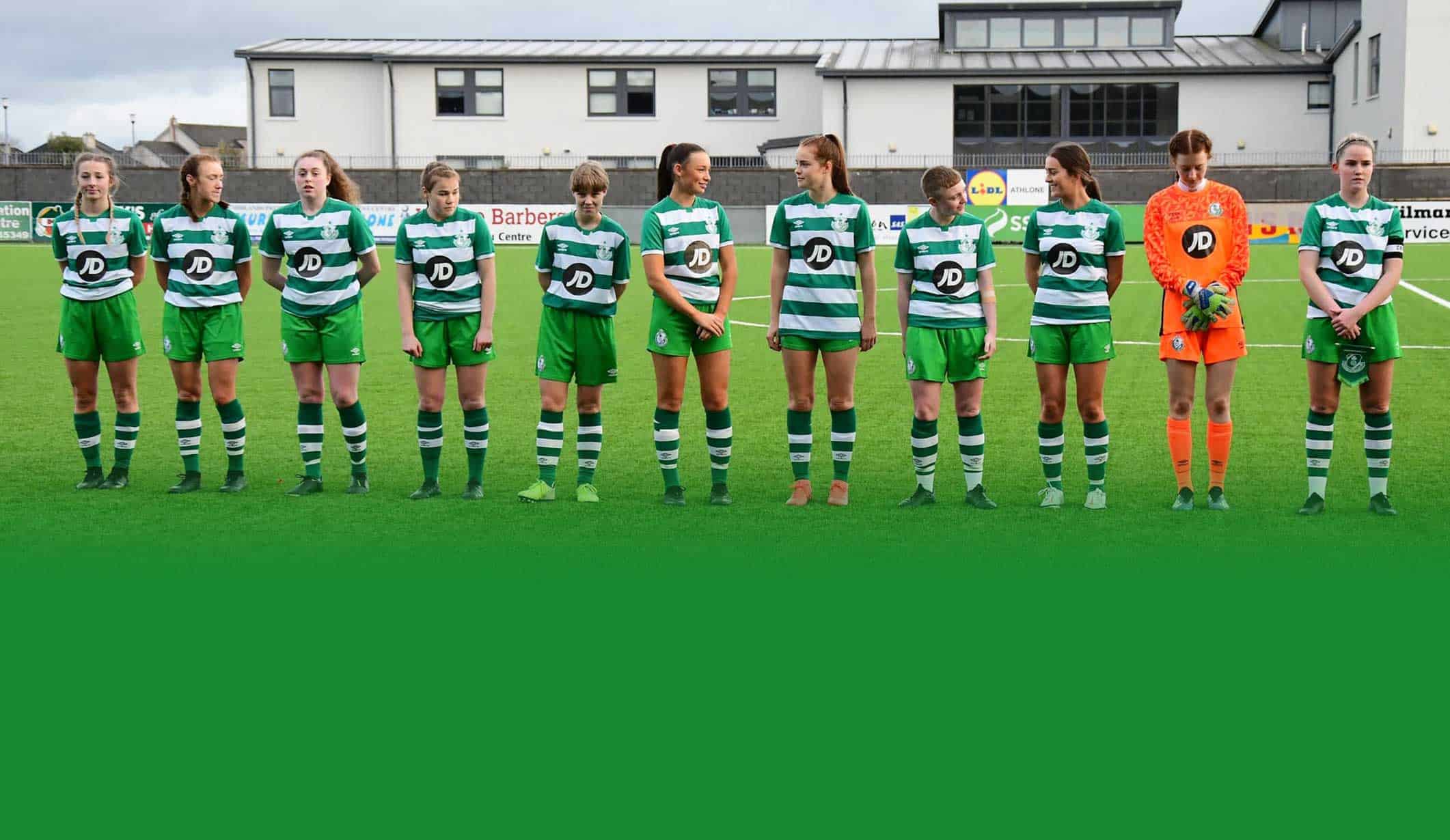 The comments were both hurtful and hateful.  The club has expressed its concern to the FAI, which has issued a public statement on the matter.

We are extremely proud of our Under 17 Women’s team and management who, in their first season, made it all the way to the League Final.  All of the girls are eligible for U17 football next year.  They are a fantastic group who train with our Boys teams also at the Academy.  These girls have achieved so much, so soon and are the foundation of our developing women’s football section at the club.

We admire the dignity and solidarity that our Under 17 girls players have maintained this week. The club recognises the offense caused, and it offers its full support to the girls and their families.  We uphold the 20X20 vision that ‘if she can’t see it, she can’t be it.’  We are committed to establishing a safe and effective method for streaming or broadcasting our girls and women’s football.  They deserve to be seen.

Racist language, such as was levelled during the Boys’ U17 final earlier in the week, and sexist language such as what appeared during the Girls’ final, will not be tolerated by our Club.  There is no place for these mentalities in football or in society.  Shamrock Rovers F.C. will do everything in its power to adopt positive measures to protect and promote its players.

The FAI issued the following statement:

“The FAI is aware of comments made by members of the public during the live streaming of the Women’s Under 17 League final on Wednesday afternoon, broadcast with the assistance of an outside agency. Such comment is not acceptable in any circumstance. These comments have now been removed and the FAI will closely monitor the comment function on all future live streams.”