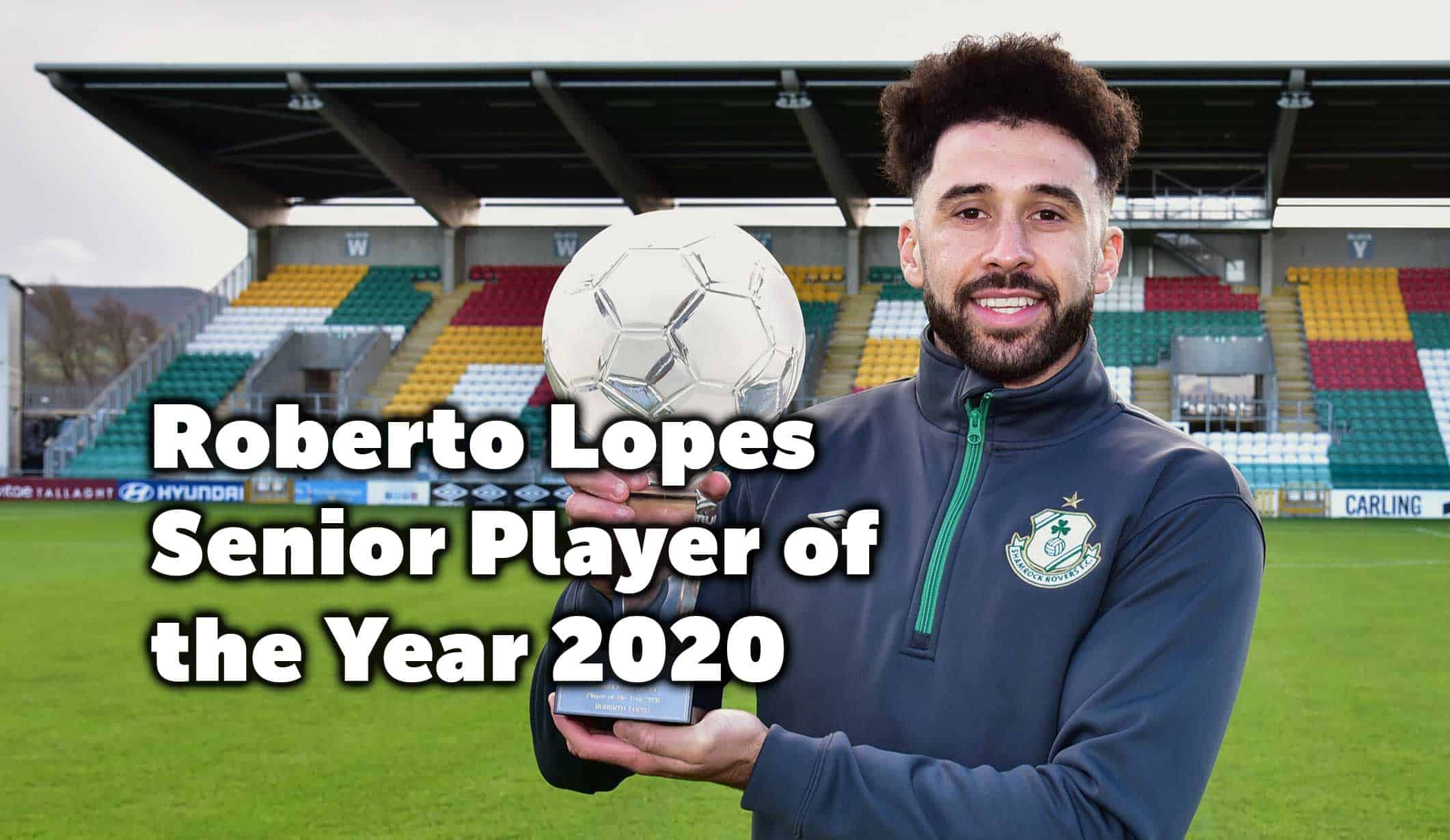 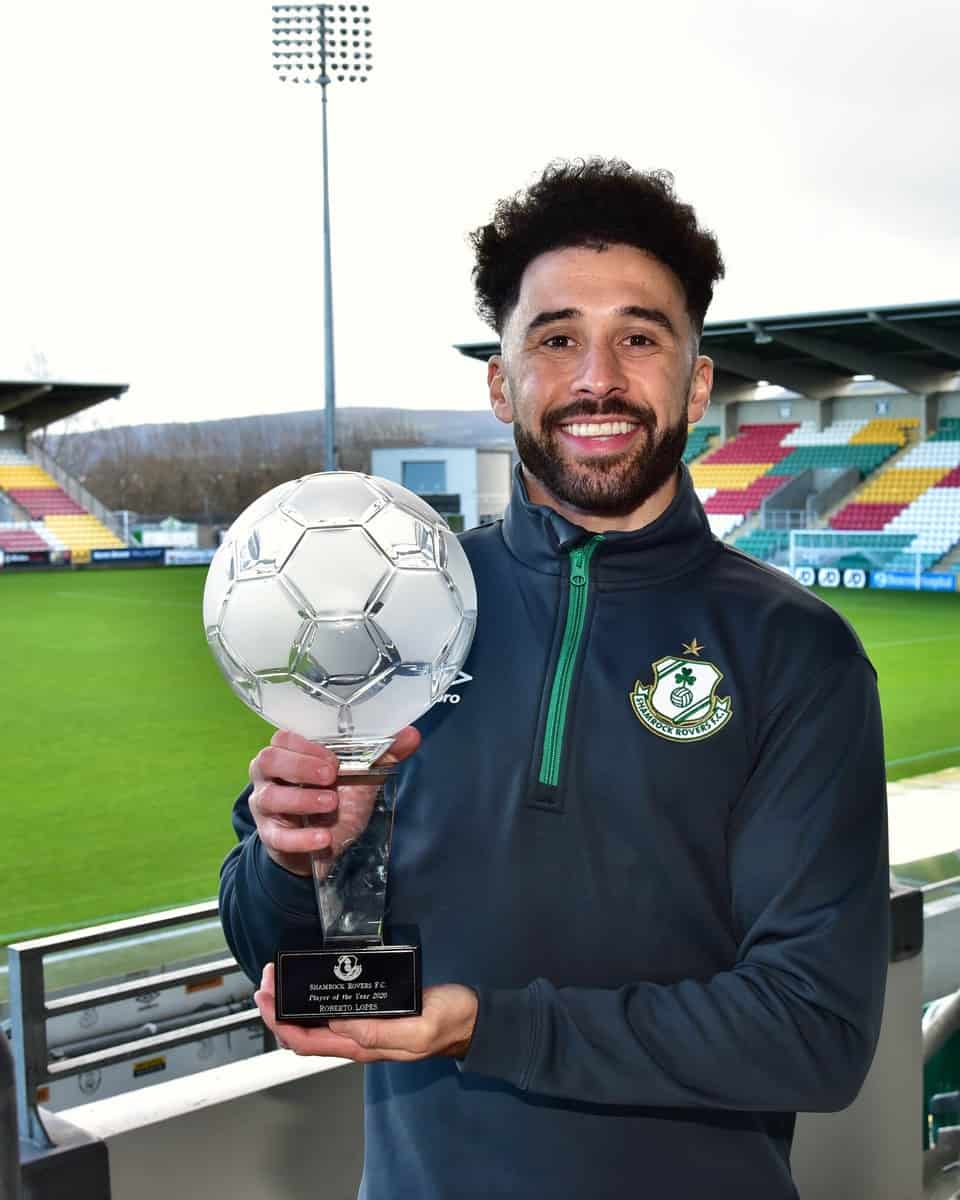 A new name has been added to the long list of names on the Shamrock Rovers F.C. Player of the Year. Roberto ‘Pico’ Lopes is the club’s senior POTY award winner for 2020.

The Crumlin-based centre half, who joined the Hoops in 2017, proved this year his worth to the club beyond any doubt. Let there be no doubt about it, winning the award is a tremendous achievement given the quality throughout the squad. Likely contenders for the honour would easily have been Jack Byrne (last year’s winner), Aaron McEneff and Gary O’Neill amongst others.

Why then, given the quality of the other contenders, did the fans plump for Pico this year? He may be 28 years of age, but the centre half has proven he can improve his game on a consistent basis. His presence in the back line along with mainly Joey O’Brien and Lee Grace (same age as Pico) formed an impressive defence that was exceptionally mean in conceding against the opposition.

And while Joey is known for his non-stop barking of instructions and encouragement for his teammates we learned this year that he has serious competition. The voice of Pico could be heard all over the pitch in the games in which he played. All told, with 13 starts and 2 appearances as substitute, Pico played a really big part in the capturing of the 18th league title. He seems to just get better each year. He has worked very hard in building up his body strength; his heading ability was always good but this year he showed us how much he has improved on that too with his commanding presence at the back and with some crucial goals too.

The fans know what they want in a player and Pico Lopes certainly satisfied them this year. Jack Byrne would have been a firm favourite to repeat his success of last year, especially given the army of young fans that admire the midfielder. But Pico has also built up a solid base amongst the younger fans who are devoted to him.

Our Young Player of the Year was won by Liam Scales, we will catch up with Liam at a later date. Well done Liam! 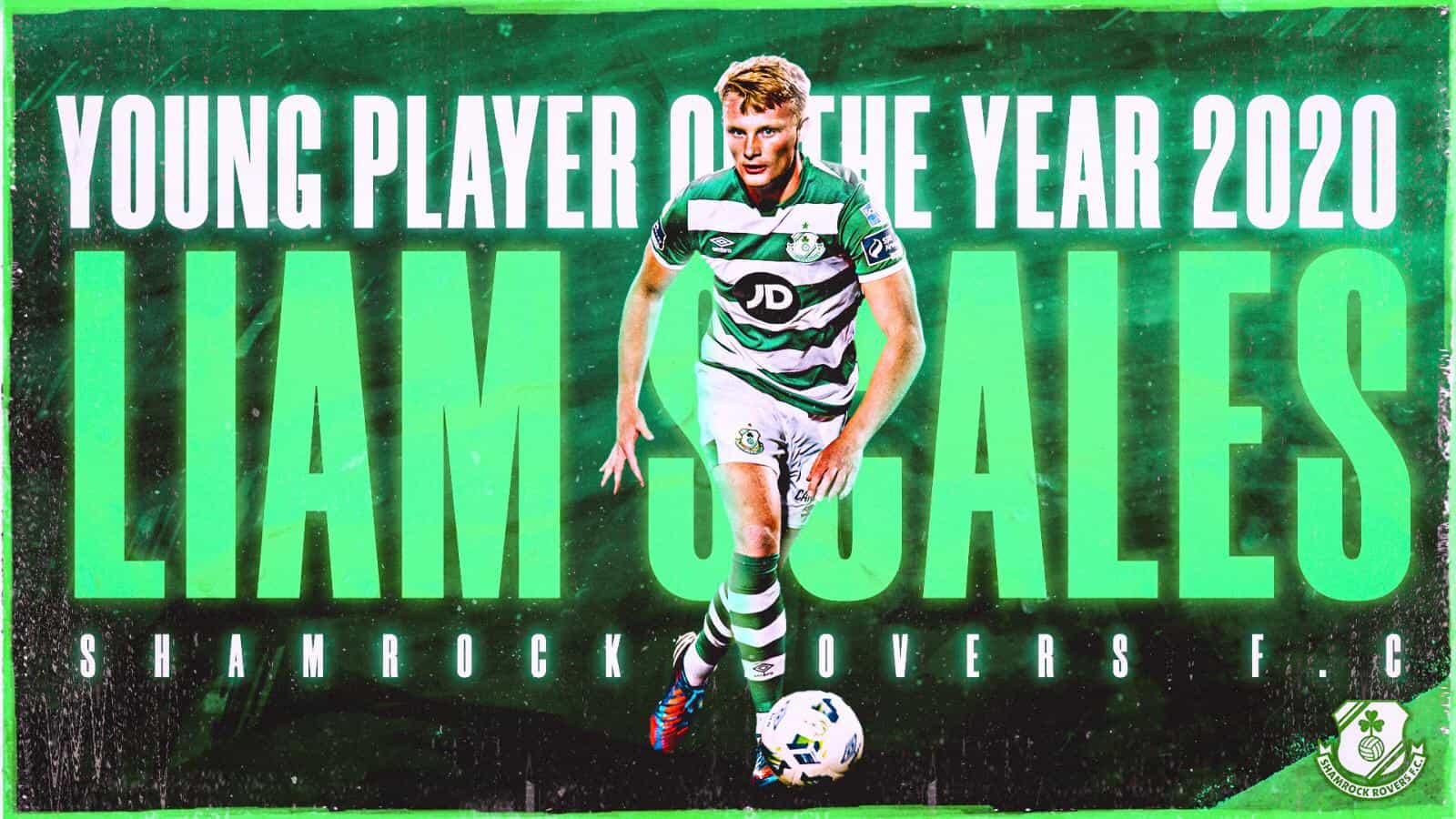