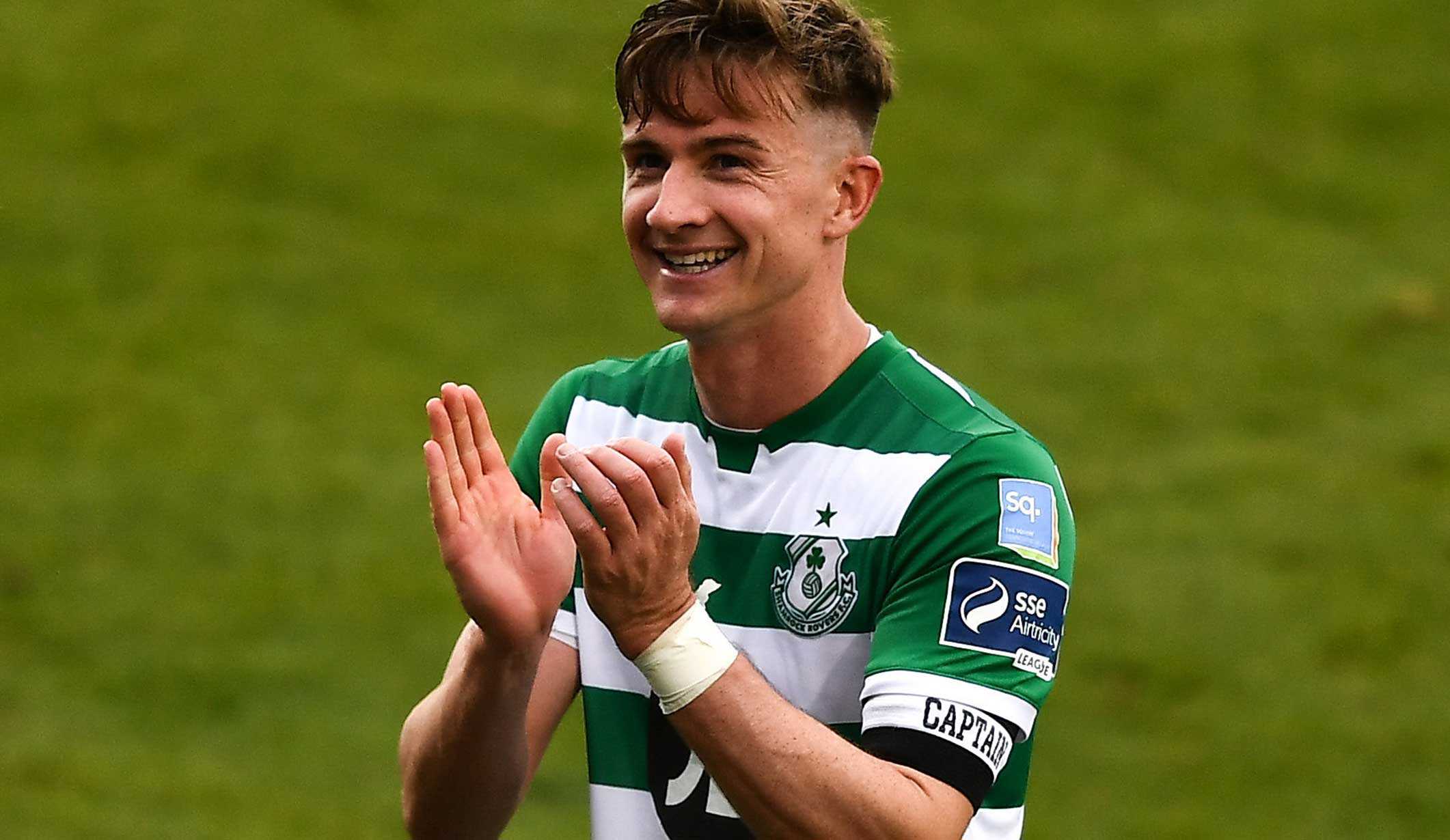 Club captain Ronan Finn shared his thoughts and emotions with us after we were confirmed League Champions 2020.

Shamrock Rovers champions, how does that sound?

“It’s brilliant. It’s the ultimate goal that we wanted to achieve at the start of the year. It’s been building and building I feel for a couple of years and it has a nice ring to it. I’m sure there’s a lot of people at the football club that slept well on Saturday night and it’s great. Hopefully there’s more to come.”

Were the players watching Saturday’s game at home and were there a lot of joyous texts and calls going back and forth?

“There was nothing really said until late in the game, you were watching and I suppose you don’t want to say too much and then it comes back and haunts you. But as the game developed and the minutes were ticking by, all of a sudden you start to think that tonight could be finally done and that’s how it turned out. We had a bit of craic amongst ourselves on the group text but as a group we’ve been very professional this year. We’ve managed to win the league with four games to go and that says a lot about the group. We’ve worked extremely hard and to get it done with a few games to spare it really shows the strength of the group and how far we’ve come along.”

To only drop points in two games so far this season, what do you put our consistency down to?

“Experience is a huge part of it I think. The group on the back of last year’s campaign, winning the Cup gave us confidence. All of a sudden, this year for example we were on the right side of a couple of close games. You take the two Bohemians games for example, two very close games, but you come out with maximum points. The Dundalk game in Tallaght was a brilliant spectacle and a brilliant game of football. Again we came out on the right side with three points. If you drop points there you’re not winning the league on Saturday night, I’ll put it that way. Coming out on top in tight games shows the character amongst the squad and how far we’ve come along. In the past, we might not have managed to grind out those results. The strength and experience of this group showed over this campaign.”

Is the only downside that because of lockdown the players and fans can’t celebrate together?

“When you’re on the pitch it’s undoubtedly different but your ultimate goal is to win the game. As players that’s your sole focus and we managed to do that a lot this year. When we’re given the trophy this week, that will be hard to take in terms of not being able to share that moment with the fans. I’ve been lucky enough to win a title here before in 2011 and I distinctly remember the night we did it in U.C.D. The buzz around the stadium and the pitch invasion, it was just unbelievable. So now when it happens and we’re given the trophy it will be different and it is a shame that the supporters won’t be there to share it with us but I suppose that’s the year that’s in it. It’s definitely been a strange year. There’s no doubt about it that the fans are so important to the players and we hope that it brings them plenty of happiness because they’ve been starved of success. For such a big football club to be back now, number one, top of the league and league champions and still hopefully a Cup run to come. We’re in a good place.”

Does coming back to the club and picking up another winners’ medal as captain mean a little more to you?

“Yes it does from a personal aspect. When I came back and spoke to the gaffer, Stephen McPhail and Glenn Cronin the ambition was always to come back and win medals and win leagues. I never for a second doubted that we would achieve that. From day one the manager’s emphasis hasn’t changed on how he wants to go about things, how he wants to win football matches and how he wants to be the best team in Ireland. We’ve achieved that and we’ve achieved it in a way that we play a very attractive style of football and you can’t take that away from us. To take maximum points from all the games bar two, on the back of playing some really nice stuff and now lifting the trophy as captain will be extra special for me no doubt. It’s something that you want as a player, you want these days and you want these memories. I cherish captaining the football club and lifting the title as captain. Albeit with no fans, that will be disappointing but I think the fans will understand the year that’s in it and we’re all just very happy to finally be back on top.”

Yourself, Pico Lopes and Graham Burke were there from Stephen Bradley’s first full season in 2017, what did it take to get to this point through all the ups and downs?

“It’s been a long term project, it was never going to happen overnight because of the level of opposition. There were very strong teams who set a high standard over the last few years but I think we’ve been steadily catching them. Last year Dundalk won the league but when it came to the Cup final we were confident that we were the better team. Even when it went to penalties, if you were a neutral in that ground you would have felt that we were the better side on the day. I think that rolled into this year, we were catching them and we were coming. I think this year we’ve been very consistent and really picked up from last year and to win it with four games to go says a lot about the group.”

Is the aim to finish the season unbeaten now?

“Of course! You don’t want to become a group that drops their standards. We’ll enjoy training on Monday, we’ll have a bit of craic and all that but when it comes to Wednesday and we’re back to business, the standards within the group are that you don’t want to suddenly switch off and start dropping silly points. We still have a Cup to retain, it’s our Cup and we don’t want to just give it up. When it comes back to business we’ll be ready. These moments don’t come along often in football, you do have to enjoy them but you’ve got to remain professional. We’ve a Cup to win but it won’t be easy, we’ve got to go up to Finn Harps in the middle of November. It won’t be an easy game.”

What more can this squad achieve in future?

“I think we’ve got to keep pushing on, you can’t stand still. If the manager feels he can strengthen again I’m sure he’ll do so. We’ve been steadily building to get to this point and you want to keep progressing. That hunger is within the group and we’ve got to keep setting higher and higher targets. We’ve got European football next year to look forward to and who knows what that could bring. Right now as a football club the future is looking very bright but you’ve got to keep working hard. We’ll keep doing what we’re doing and if the opportunity comes to strengthen I’m sure we will because you can’t stand still in this game. You’ve got to keep looking forward.”

The club will receive the league trophy after Wednesday’s home game v Derry City. Kick off is at 6pm and the game is live on RTÉ2 and www.watchloi.ie