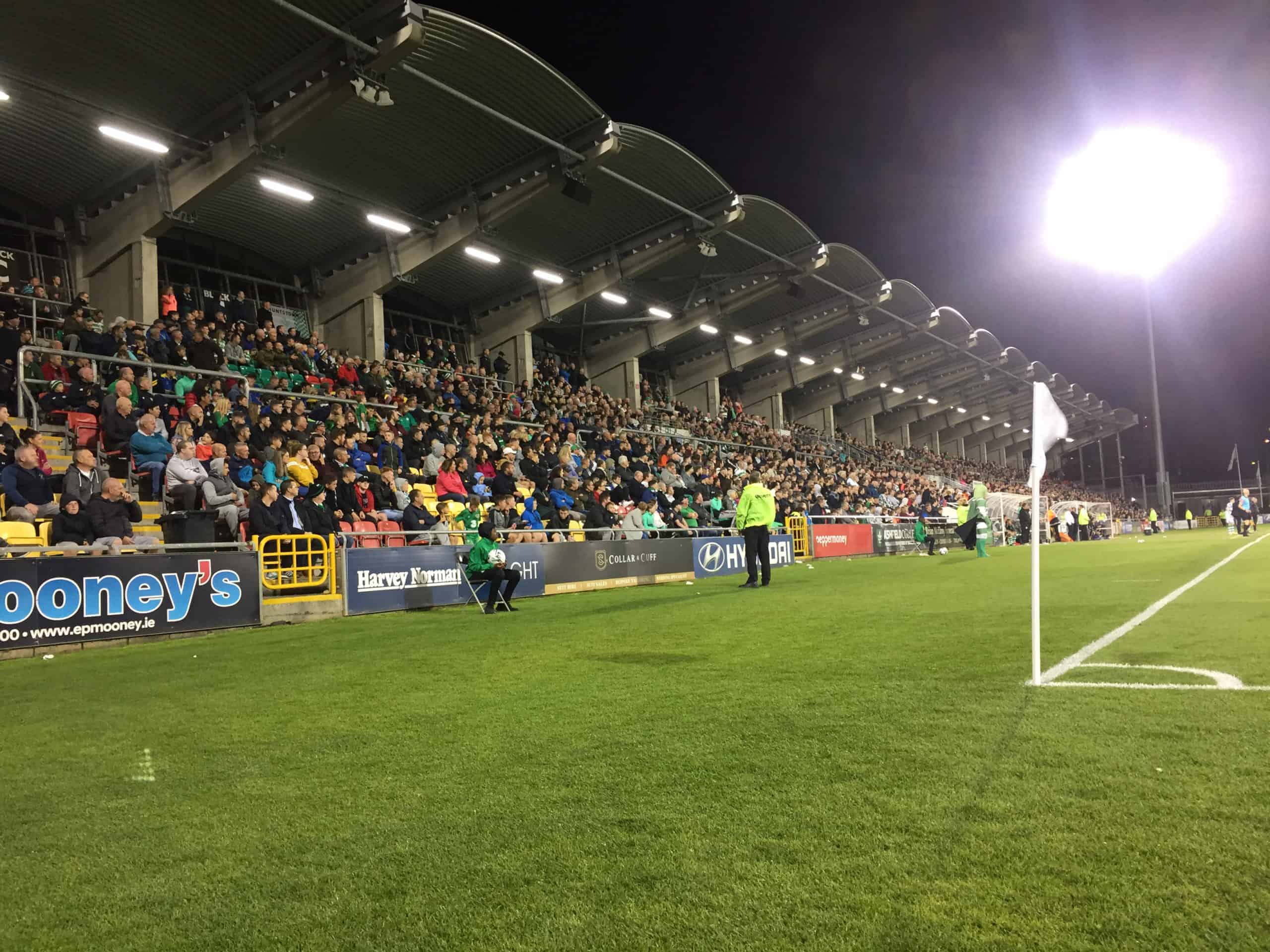 Qst. Alan Mannus and Joey O’Brien will obviously be remembered as the heroes of the penalty shootout?
“Of course but I think every player deserves tremendous credit, as a squad and the subs that came on who were brilliant and worked extremely hard for each other. I felt as a group we were brilliant in terms of our attitude, game management and character. Obviously Alan and Joey get all the plaudits and probably rightly so. Alan with the save and scoring himself and Joey steps up for the winner but they were tremendous all round.”

Qst. Graham Burke scored with a great strike to become the club’s joint top goalscorer in Europe with four goals. Pico Lopes has scored in three rounds in a row now, he’s not far behind him on three so Pico loves a European goal himself doesn’t he?
“Graham scores goals, that’s what he does. It always takes him a couple of games to get up to speed but once he does and he finds his rhythm he scores goals. His chance on Thursday was probably the hardest chance he’s had out of all his chances the last few weeks. But the one on Thursday shows that Graham is getting back into his rhythm and I think he’ll go on to be our top scorer in Europe because he’s very dangerous around the box. Pico comes alive in the opposition’s box, in set plays and in general he’s very dangerous.”

Qst. We were down to ten men for the whole of extra-time after Liam Scales’ red card, did the team really have to dig in and survive a couple of nervy moments?
“I don’t think we had anything really except one header at the end that went past the post. Other than that they didn’t have anything. We had a chat before extra-time because we’d trained for that situation, many times we’ve trained down a man and 10 v 11. So the players knew what was expected of them and they played it out perfectly. I think they showed tremendous character and game management to get through that 30 minutes without giving them any clear cut chances really. The fact that we limited them to one header late on showed the quality of our defending.”

Qst. Of course we’d seen this heart and determination before in Europe, coming from behind to beat Brann and Limassol?
“I think we’ve seen it many times, even a few weeks back against Derry. I think this group has shown over a long period of time that nothing fazes them if they go behind. They don’t drop their heads, they don’t get rattled. They relax and trust what we do. They’ve shown that on many occasions and we saw it again the other night. Europe is obviously sometimes harder because you’re up against quality opposition and if you leave yourself open you’re in trouble but I felt we managed the game really well.”

Qst. You must be delighted to get through and into the next round and financially how much does it mean to the club?
“I’m delighted for everyone involved, behind the scenes that people don’t see put in the hard work and make sure that we’re allowed go out and perform. For the fans who aren’t able to attend games and still raise an incredible amount of money for the club. It was important for them and for people behind the scenes. All the credit goes to the players, they’re the ones who go and cross the white line and produce. But I think it’s a tremendous financial boost for the club when you think of Covid and the affect that it’s had, the revenue that we’ve lost. Getting through a round obviously doesn’t solve it but it definitely helps.”

Qst. Do you expect a better Cork side than the one Rovers defeated 6-0 in Tallaght earlier this year?
“I do, I think they’ve got some really good attacking players. Even in the game in Tallaght that we won comfortably they should have been ahead in the first few minutes. It showed that they have some dangerous attacking players and I think that’s still the case. I think we’ve got to be ready for that and make sure we’re on our game. It’s a really important game for us.”

Qst. We’re opening our defence of the FAI Cup, the players won’t want to let go of that trophy any time soon?
“Exactly, it’s our trophy and we don’t want to give it up. We’re going out to attack a Cup that we won last year and that starts on Monday. We’ve got to be ready for the best Cork and respect that they’re dangerous going forward and make sure we’re ready for a difficult game.”

Qst. The games are coming thick and fast now, will it be necessary to freshen up the team a little on Monday?
“We’ll have a look at it. That was another aspect of our game that was really pleasing on Thursday night, our fitness levels were really good. We played 30 minutes in Europe against a good side with ten men and it shows fit the players were. So that was great to see and credit must go to Darren Dillon in terms of how on top of them he is, for both the players who haven’t been playing and the players who are playing. But we’ll have to see in the morning what the bodies are like and make that decision then.”

Qst. Did any new injuries come out of Thursday?
“Rory (Gaffney), Sean (Kavanagh) and Greg (Bolger) are still the three injuries we have.”

Rovers are also without Neil Farrugia and Liam Scales for this game as they are with the Ireland U21 group until Thursday.