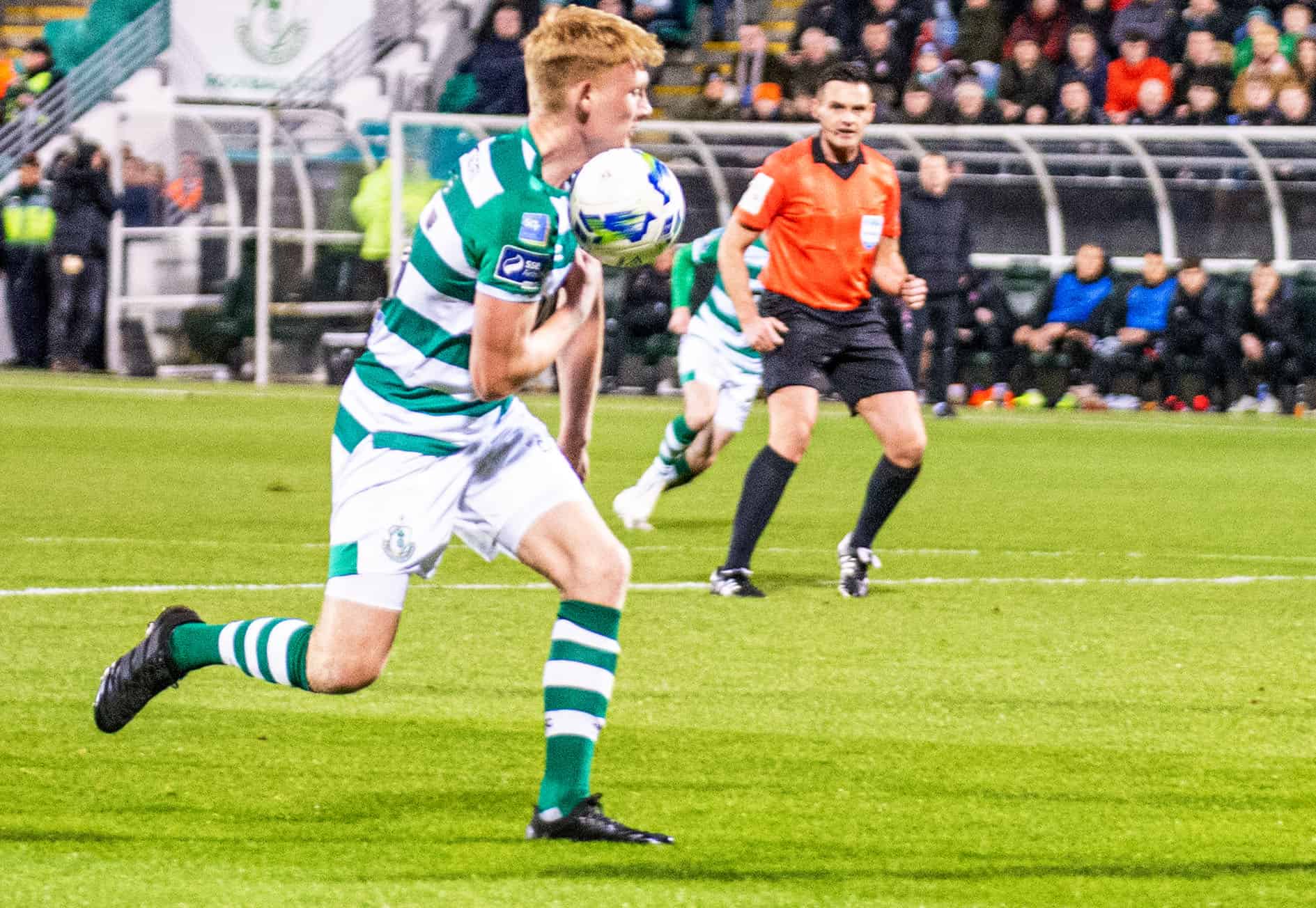 Due to COVID restrictions there is no fan access to Sunday’s game but it can be viewed on eir Sport 1.

You must have been pleased by the win and performance against Finn Harps?

“We’re delighted. When we look back at it there was some really good stuff and obviously the three goals in the first half were enough to get us the win.”

Rovers had a huge amount of possession, what did we do well in that first half in particular?

“A lot of our game was very good in the first half and throughout the game when you watch it back. We were disappointed with the goal we gave away and there are one or two things we can improve but overall we were delighted with the win and the three points.”

You’ve probably seen it from a couple of different angles now, just how good was Jack Byrne’s free-kick?

“It was fantastic. When you see it from behind the goal it shows how good it was. Jack has that quality and anywhere around the goal, he’s dangerous. It was a very good strike.”

Two assists for Jack, first to set up a tidy finish by Dylan Watts to make it 2-0, you must have liked how well worked this goal was?

“There was a lot of good things throughout the game, more so in the first half than the second and yeah, Dylan’s goal was a really well-worked goal.”

And a powerful shot by Aaron McEneff for the third goal. Was he due a ‘belter’ like that?

“Aaron obviously scores goals from distance. He’s done that the last number of years and it reminds me of the goal that he scored down in Cork [last season]. It was a fantastic strike and I thought Aaron was excellent on the day and I was delighted for him to get his goal.”

Was everybody disappointed to concede soon afterwards and the nature of it from the throw-in?

“We knew what to expect and we had to respect that’s a big strength of Finn Harps, they obviously work really hard on it – set plays. We knew what was coming and that we’d have to be ready for that but it doesn’t matter if it’s a set play, a throw-in or whatever type of goal it is, we were just disappointed to concede.”

Why did you feel the game went so flat in the second half?

“There were a number of reasons. Obviously the layoff, the fact that we were very good in the first half and just took our foot off in the second. The fact that there was no crowd as well. Although when you watch it back we weren’t as bad as what I felt after the game. I actually thought we were OK but we definitely dropped a bit.”

Overall how strange was the experience of a competitive game in Tallaght with no fans?

“It’s obviously strange. The second half showed that when we had that little lull the crowd aren’t there to get you through it and to lift you again. But we’ve experienced it now and experienced when we’re winning the game. So that’s a big positive that we can take out of it and we have to learn and adapt to that very quickly because that’s the way it’s going to be going forward now.”

It was the first time you were able to use five substitutes in one match, did you find that beneficial?

“I thought it was really good. We knew that the bench was really strong and it gave us an opportunity to use that bench.”

The fan reaction to the new stream has been very positive. Do you find it handy to be able to easily watch back any games involving future opposition?

“We’ve always had that access to watch every game, just not live, that’s the only difference for us. The management team has always had the ability to watch a game back the day after but it’s been a fantastic addition. I hope it stays going forward because it’s been really positive and everybody is really enjoying it.”

Derry have come back with a defeat to Sligo and a win at St Pat’s. What do you expect from them on Sunday?

“I thought they were excellent against St Pat’s, they won the game and they were really good. We know it’s going to be a difficult game but it’s a game we’re really looking forward to and one we’re ready for.”

Will the players and staff stay overnight in Derry to give you the best possible preparation?

“It’s an early kick-off, earlier than usual and we feel that it’s better to go up the night before and make sure we’re ready.”

Rovers were the only home team win across both divisions in Ireland. The Brandywell can be an intimidating place to go but with no fans in the ground is that kind of a leveller?

“We enjoy going there whether there are fans or not, it’s a good place to go and play your football. When there are fans in the ground obviously they’re for the home team but they’re passionate and they know their football so it’s always a good place to go. The fans won’t be there on Sunday but in terms of the pitch and the size of the pitch, we enjoy that. We enjoy big pitches and we look forward to it.”

Rovers are on a run of nine straight league wins [their best run since 1966]. Do you feel this team has been very consistent and playing with a confidence since late last year, even with two long breaks in between?

“I think we’ve been very consistent since maybe Europe last year. Since then we’ve been really good and we’ve just been focusing on the next game and making sure we’re ready for each and every game. That’s been our focus and it’s brought that consistency. We’ve been excellent in that regard but we need to keep it going now.”

Are there any new injuries?

“Sean Kavanagh is still maybe another week away. Neil Farrugia got a little knock against Finn Harps but he should be OK and he trained yesterday. Other than that we’re OK.”

How happy are you to have Aaron Bolger back on loan and how soon can he be involved?

“It’s great to have Aaron back because losing Greg Bolger was a blow for us and Aaron can play that position. He knows how we play and the little details that we do so it wouldn’t take him too long to get up to speed. He’s back in training now so we just have to keep working with him and hopefully he’ll be involved, if not Sunday then in the next few weeks.”