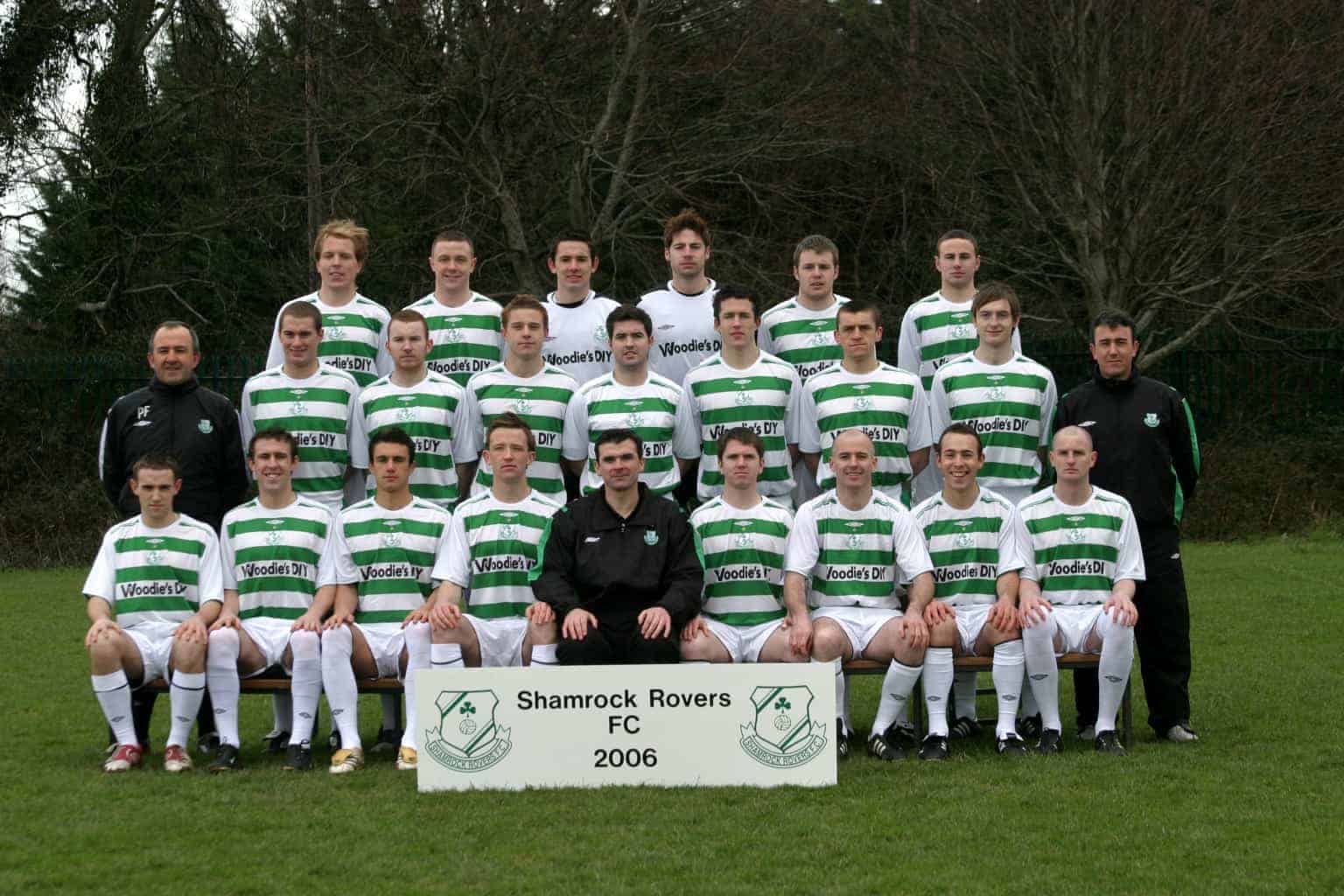 Hands up who remembers Kildare County? The club was based at the Newbridge Town AFC ground on the Station Road and played in the League of Ireland First Division from 2002 to 2009 inclusive. Shamrock Rovers and Kildare (nicknamed ‘The Thoroughbreds’) met four times during the Hoops’ sojourn in the lower division in 2006. The first meeting was at Station Road on 1st April when Rovers won 3-0 with goals from Willie Doyle (2) and Tadhg Purcell.

Rovers were in 2nd place in the table, five points behind Limerick who had a game in hand when Kildare County came to Tolka Park on the evening of Wednesday, 21st June. The Hoops could not afford to slip up in this game if they wanted to stay on course for promotion and win the First Division title. Pat Scully was the Hoops’ manager at the time; John Ryan was in charge at Kildare.

The following is the Irish Independent match report from Thursday, 22nd June:

Kildare suffered a huge setback in the 13th minute when Philip Byrne limped off injured and within 30 seconds Rovers were in front. A free kick from Jamie Duffy caused consternation in the Kildare area and, under pressure from Rovers defender Barry Prenderville, Darren McKenna headed the ball into his own net.

In a one-sided first half, Ian Maher brought the best out of Kildare ‘keeper Brendan Kennedy, while Ray Scully also went close. The home side assured themselves of all three points after 61 minutes after Padraig Amond was brought down by Ian Malone inside the penalty area.

Tadhg Purcell’s subsequent penalty clipped the underside of the bar en-route to goal. The victory sees Rovers close the gap between themselves and high-flying Limerick at the top of the table to two points”

The teams lined out as follows:

The Kildare dream died at the end of the 2009 season. They failed to attract sufficient support and the onset of the financial crisis that plunged the country into chaos was the death-knell for the club. They were replaced in the First Division the following year by Salthill Devon F.C.

Other teams in the League of Ireland that played against Shamrock Rovers and are no longer in existence or have continued as junior/intermediate clubs.