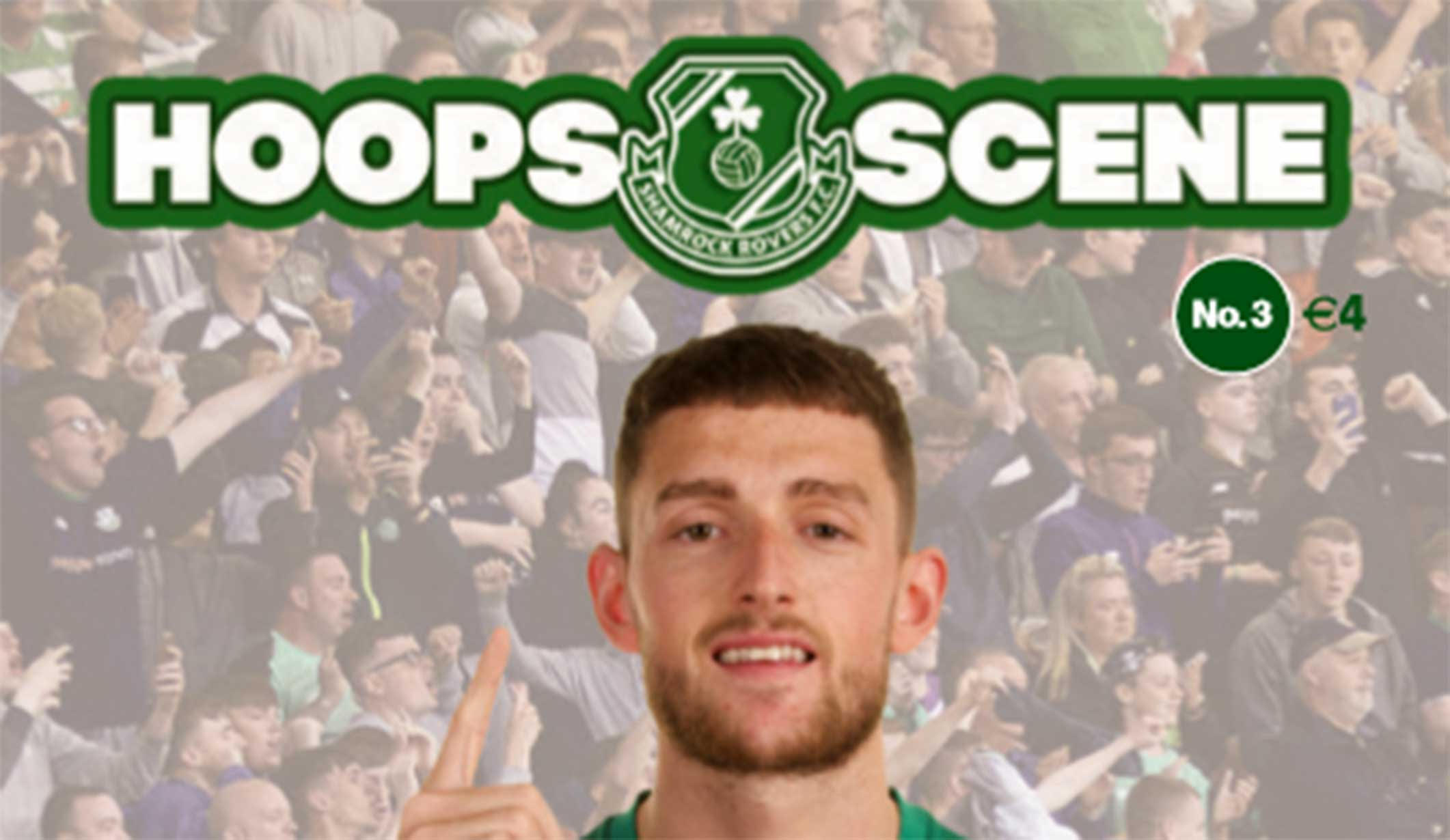 With 500 programmes printed and football called off, we have the option for fans to buy the matchday programme online.

All support will help offset the costs of the publication and what would have been lost sales revenue, it will also allow you keep up your collection in what really is a collectors item!

The cost is €5 which includes postage – you can buy your copy here.

Lee Grace has the night off but the Tipperary native features on the cover of Hoops Scene issue 3 which was prepared for Friday’s postponed game.

Inside there is lots to read to keep everyone in touch with the Hoops. Karl Reilly changes his usual style to bring us Rovers in numbers with some very interesting stats and tells us how had Rovers played and beaten Finn Harps it would have been the first time since 1966 that the club would have won 9 consecutive league wins.

There’s a look back to this very day in 1947 when Rovers lost to Shelbourne in a shock exit from the first round of the FAI Cup having had to play twice in a 24-hour period.

For our player interview this week Macdara chats to new signing Liam Scales who gives us his views on where he is now compared to where he was this same time last year. It’s a very positive chat with the defender and not to be missed.

We also focus on the two opposition sides Rovers were due to host at Tallaght Stadium this weekend and we have an informative piece from Finn Harps fan Bartley Ramsay who writes about his extensive memorabilia collection of items relating to his beloved Donegal club.

“I wouldn’t say I do be buzzing to do interviews or whatever but sometimes I do enjoy them”, Aaron McEneff says in another very interesting Quick Chat piece in this issue.

Killian Maher Dunne speaks to life-long fan Mick McCarthy and you can just feel the positivity and passion from Mick pouring out of the pages! There’s some talk looking back at the hypothermia issue that arose after Rovers II played Galway United a fortnight ago. We have a list of former Hoops’ Under 19 players who are now plying their trade at senior level at other clubs in the League of Ireland.

Jason Maloney tells about the accident that put him out of action for the Sligo game and why, when he should have had more serious matters to worry about, all he was concerned about was having to miss the game!

There’s a retro look at Rovers v Harps in 1999 and the half time quiz plus Junior Hoops.

There’s plenty of reading to keep everyone occupied. 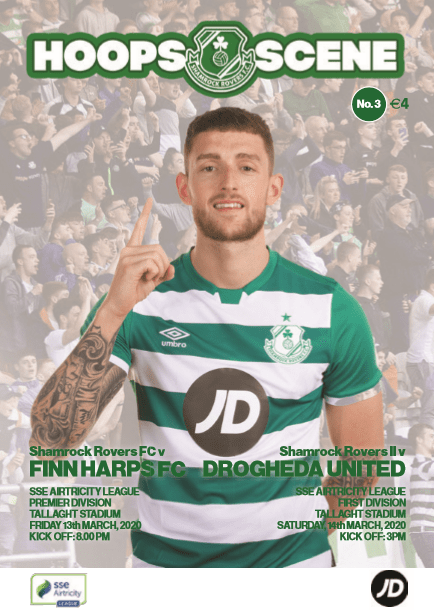