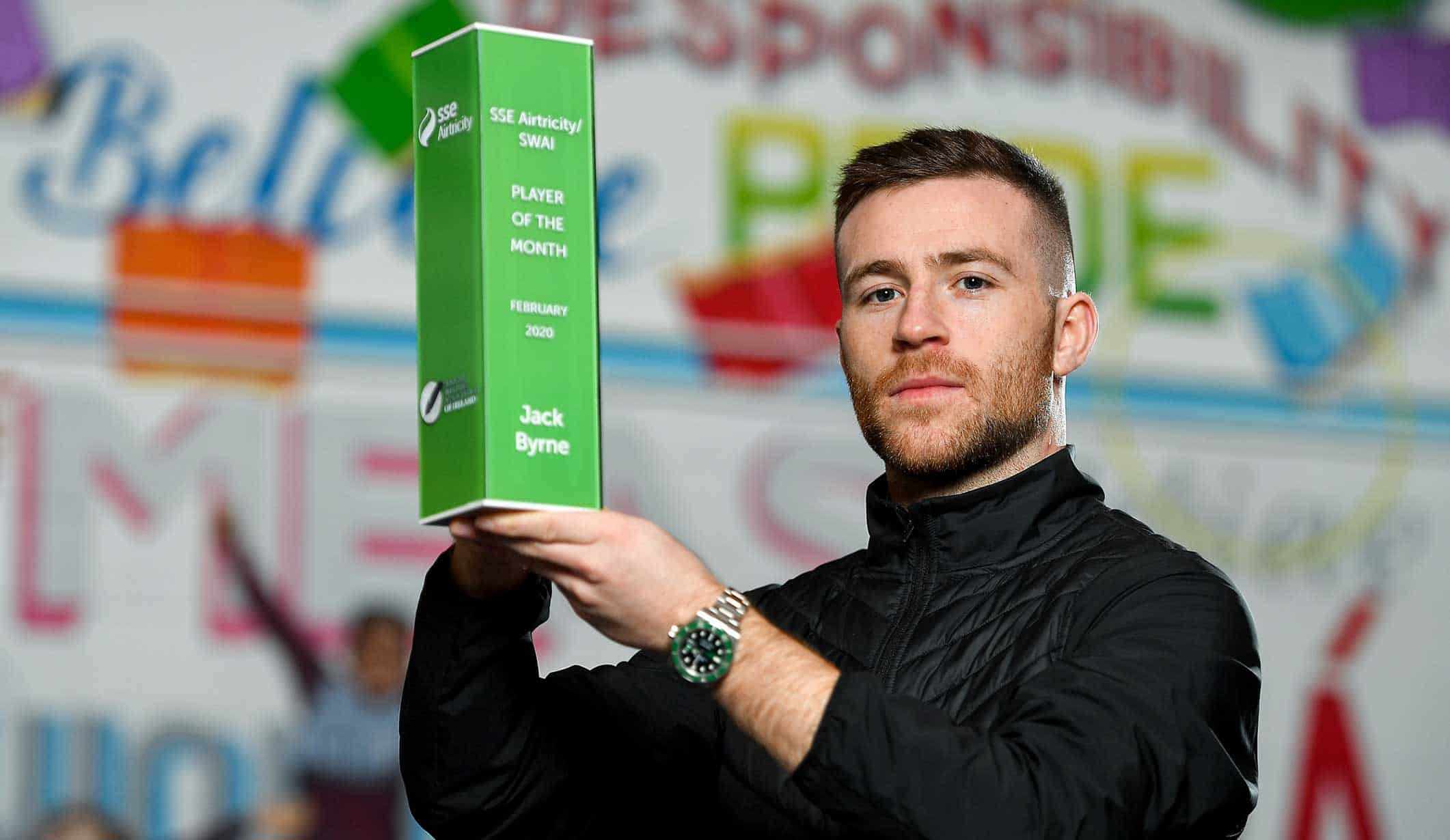 Congratulations to the Hoops midfielder Jack Byrne who has been voted the SSE Airtricity/Soccer Writers’ Association of Ireland Player of the Month for February 2020.

Last year’s PFAI Player of the Year has picked up where he left off – hitting a sublime winner to see off reigning champions Dundalk at Tallaght Stadium.

The Ireland international also found the net against Cork City as the Hoops won all four games in February. Stephen Bradley’s side sit top of the SSE Airtricity League Premier Division table with a 100% from their opening five matches.

“We’ve carried on the form of last season into this year,” Byrne said. “It’s been a while since we’ve lost a game so we’re really happy at the moment. We’ve started well, but that’s all it is and we have a long way to go.

“I think we’re in a better place than we were last year as the manager has had more time to work with the squad but we’re not stupid and we know there’s a bit more pressure on us now. We probably got away with a bit more last season because we were a new group.

“We’ve gone on to win the cup and now we’re looking to go one step further, but it’s early days and Dundalk are the champions for a reason. They’re a top side with a top manager and we have respect for them, but we know we need to close that gap to less than what it was last year.”

Byrne has now won the award three times, having previously claimed it in March and July of last year. This time around, he beat Dundalk’s Jordan Flores (runner-up) and Hoops team-mate Graham Burke (third) to top spot.

“I’m happy that people are recognising my performances with the award,” he added. “I probably would have given it to Burkey myself because scoring five goals in one game is some achievement no matter what level you’re playing at.

“The injury didn’t help him but I’m proud to collect this for the club.”

Today’s presentation took place in St. Aidans Senior National School in Brookfield, Tallaght, which is one of the many schools that the club works with in our community partnerships. Students from left, Paul Warner, Abbey Byrne, Testimony Adewale, Megan Evans and Jayden Marshall.