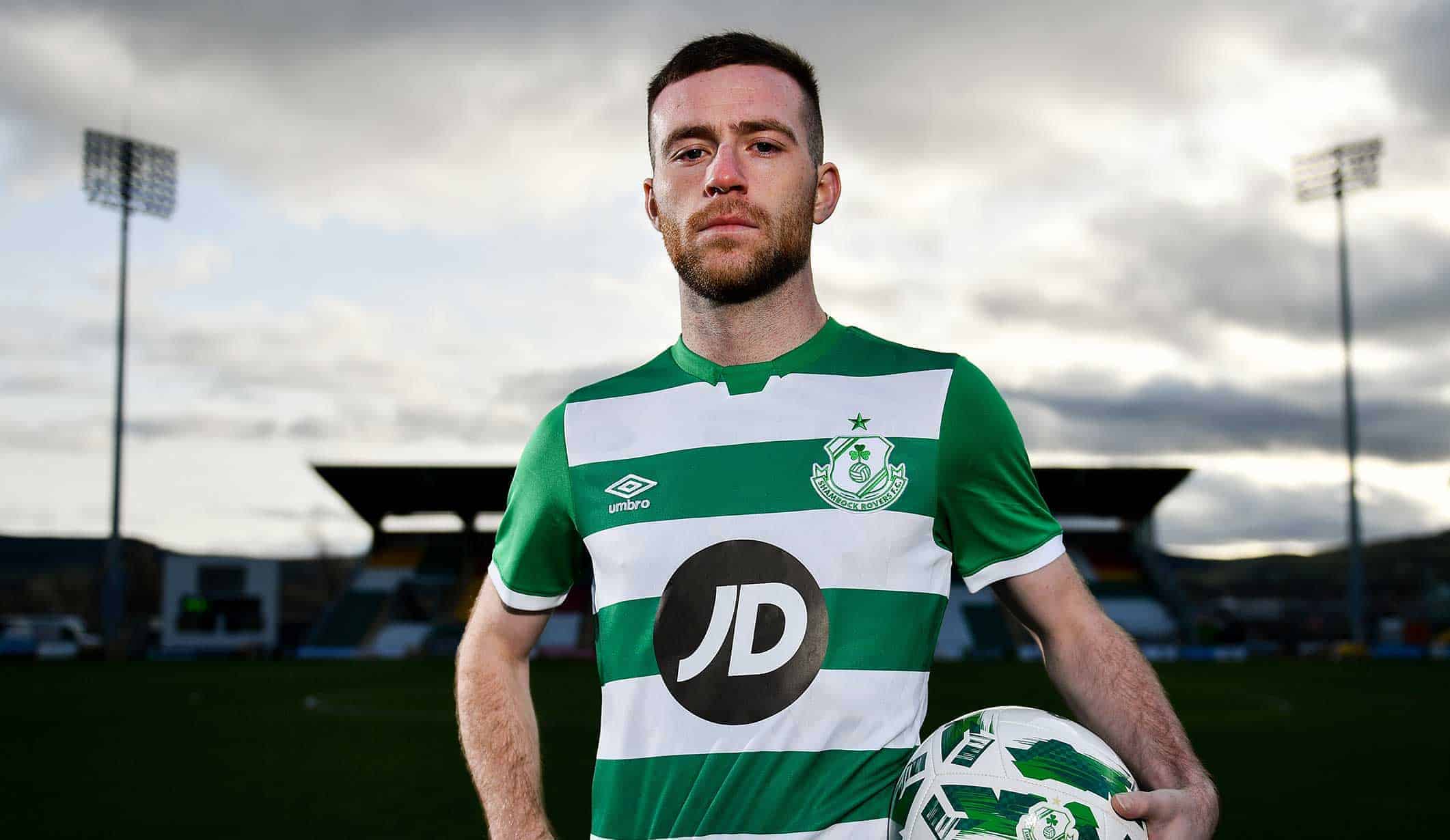 JD has been named as the new main sponsor of Shamrock Rovers Football Club.

The iconic JD logo will feature on the front of the club’s first and youth team jerseys as part of a two year partnership agreement.

The partnership extends to the Shamrock Rovers Youth Academy where JD is supporting the development of new ‘Play for Shamrock Rovers’ football trials which will give young players the opportunity to play for the club, to develop their talent and to realise their potential as professional football players.

This is JD’s first step into football and sports sponsorship in the Republic of Ireland, following on from its partnerships with English Premier League clubs Crystal Palace FC and Brighton and Hove Albion FC, German football club Borussia Dortmund (BVB) and the Irish Football Association (IFA).

JD’s position as a market leading brand has been driven by massive demand from Irish consumers for its gym, sports and fashion brands such as Nike, Adidas, The North Face and Under Armour. JD operates 38 stores in Ireland, 23 of which are located in the Republic of Ireland, and online at www.jdsports.ie

Shamrock Rovers is Ireland’s most successful football club. Founded in 1899, the club has won a record 17 league titles and has also lifted the FAI Cup a record 25 times. It has supplied 65 players to the Republic of Ireland football team, more players than any other club in Ireland. Its home ground at Tallaght Stadium is one of the best in the League of Ireland with 8,000 capacity.

JD Group Marketing Director, Stephen White said: “This is an exciting time for Shamrock Rovers as the club looks to build on last season’s thrilling 25th FAI Cup win. It has a young and exciting squad, a first class youth academy and a loyal fan base, all of which were an excellent fit for JD. We are delighted to be associated with the club and the development of Irish football”.

“Shamrock Rovers record as the most successful football club in Ireland is well known. JD were impressed by its relentless ambition to compete for senior domestic and UEFA Europa League honours and most especially by its strategy to develop its youth academy, to attract young players and to nurture their talent as future stars of the game. We look forward to supporting the club at all levels,” she added.

The Shamrock Rovers Youth Academy caters for 300 children aged 8 to 19 years. It also attracts over 1,000 children to its summer camps. The aim of the JD supported ‘Play for Shamrock Rovers’ football trials is to uncover talented young players who have the potential to don the hoops as senior club players and to help them to develop a career in professional football.

Shamrock Rovers Head Coach, Stephen Bradley said: “I am delighted that JD have come on board. It is an exciting time for the club and this is a great partnership for Rovers and for JD. We are working to build at all levels within the club and have been busy building our squad and getting ready for the new season. Welcoming JD as our title sponsor is a great way to start the new season and I look forward to working with JD throughout the year”.

Shamrock Rovers, CEO, Brendan Murray said: “We are delighted to announce Shamrock Rovers partnership with JD whose position as a leading international sports fashion retailer is a natural fit for Ireland’s most successful football club. Thanks to the support of JD, the continued success of the Shamrock Rovers Youth Academy, winning the FAI Cup in 2019 and the recent investment into the club, we are in a great position to challenge for major honours into the future. We look forward to making this partnership a huge success”.

Fans are also being given the opportunity to win the new JD sponsored shirt and two tickets to the League of Ireland season opener between Shamrock Rovers and Bohemians FC at Dalymount Park on Saturday, 15th February courtesy of JD. Follow @JDsportsie on Instagram and Twitter for details on how to enter.