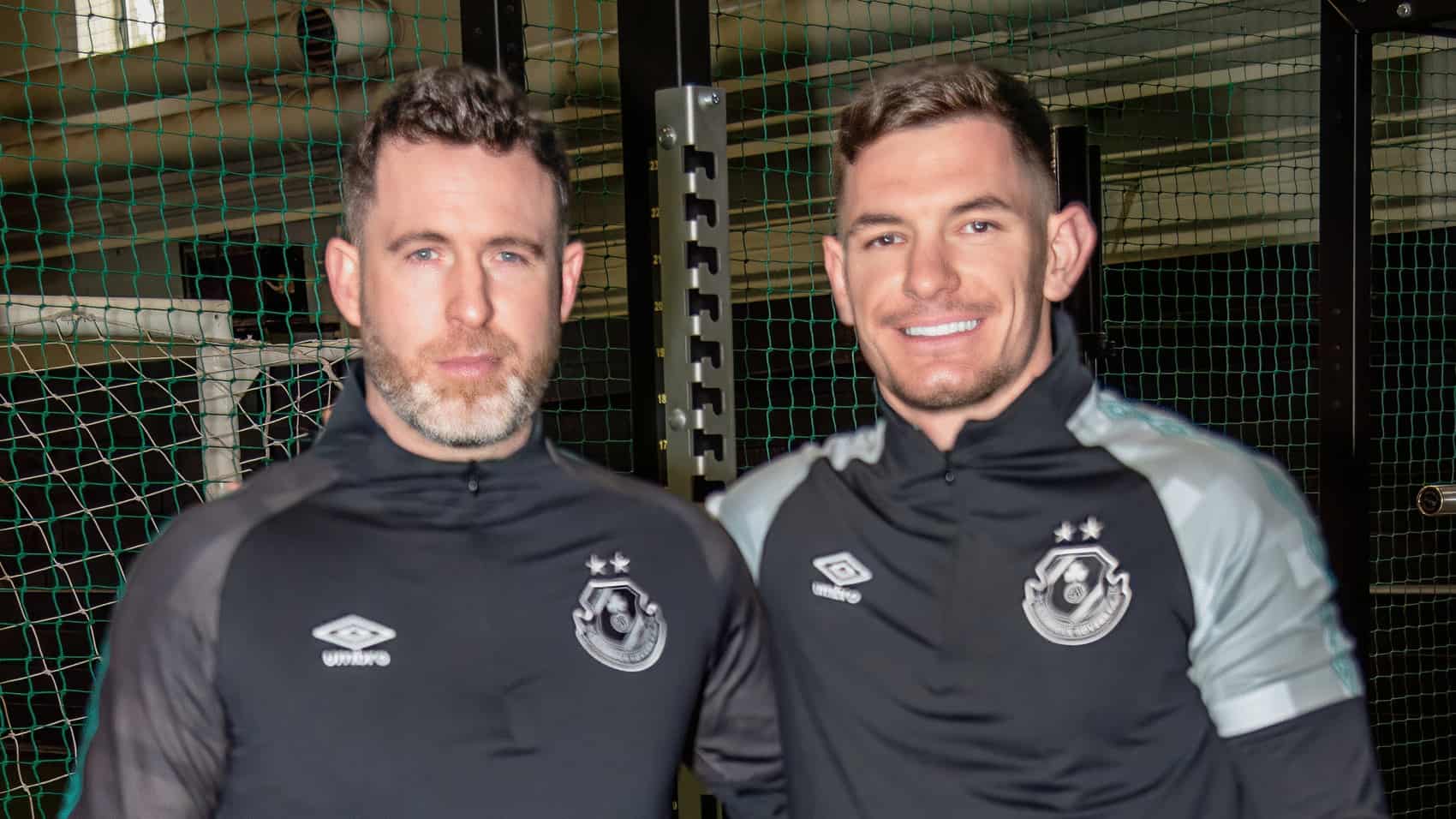 Shamrock Rovers have signed wingback Trevor Clarke on loan until the end of the 2023 season. Trevor re-joins the Hoops having been transferred to Rotherham United in 2019.

Clarke joined up with the squad today at pre-season training in Roadstone.

Speaking about the signing, head coach, Stephen Bradley said “We got speaking to Trevor the last few weeks and we were speaking to the club as well and thankfully we came to an agreement. We’re delighted to get him in. We obviously know about Trevor’s attributes from before he left but I think now he’s a more mature player and a better all-round player.”

“We feel that his pace and athleticism definitely add to the team and the group. We know his character and personality, if you spend 10 minutes with Trevor now you see that he’s a more mature man than the one that left us. He’s a different man and, I believe, better for that. We’re a different team to the one Trevor left as well so all-round I think both parties are a different state than what they were when Trevor left the club [in July 2019].”

“He’s hungry to be successful and I think that’s important. When he was here, he helped the group and the club at the start and when he left, we’ve been very successful. Trevor wants to be part of a group that’s successful and playing in Europe and obviously, he’ll have that opportunity here, if he works hard.”

Trevor Clarke Bio: Trevor (24) played underage football for Crumlin United and St Kevin’s Boys before going to England, where he was a part of Middlesborough’s youth academy. He left ‘Boro in July 2015 and signed for Shamrock Rovers U19 side in September 2015. Trevor made his debut for the Hoops in a Leinster Senior Cup tie at Bohemians that year before his first league appearance as a late substitute against Wexford Youths the following March. As a midfielder and then left-wing back, he became an important part of Stephen Bradley’s side that finished third and progressed through a round of the 2017 Europa League but missed almost all the 2018 campaign due to a serious knee injury he suffered in Waterford. He’d scored 6 goals in 103 competitive appearances for Rovers until his departure to Rotherham United in July 2019. He made his debut in an EFL Trophy game against Doncaster Rovers in October, creating a goal and then scoring the winner. After making 20 appearances for Rotherham, Trevor joined League Two side Bristol Rovers in the summer of 2021. Having achieved promotion on the final day of the season, he signed a new two-year contract with the club. He scored his first goal for the club in October 2022 and forced his way back into Joey Barton’s team. The former Ireland-U21 international played 24 games for Bristol Rovers overall.