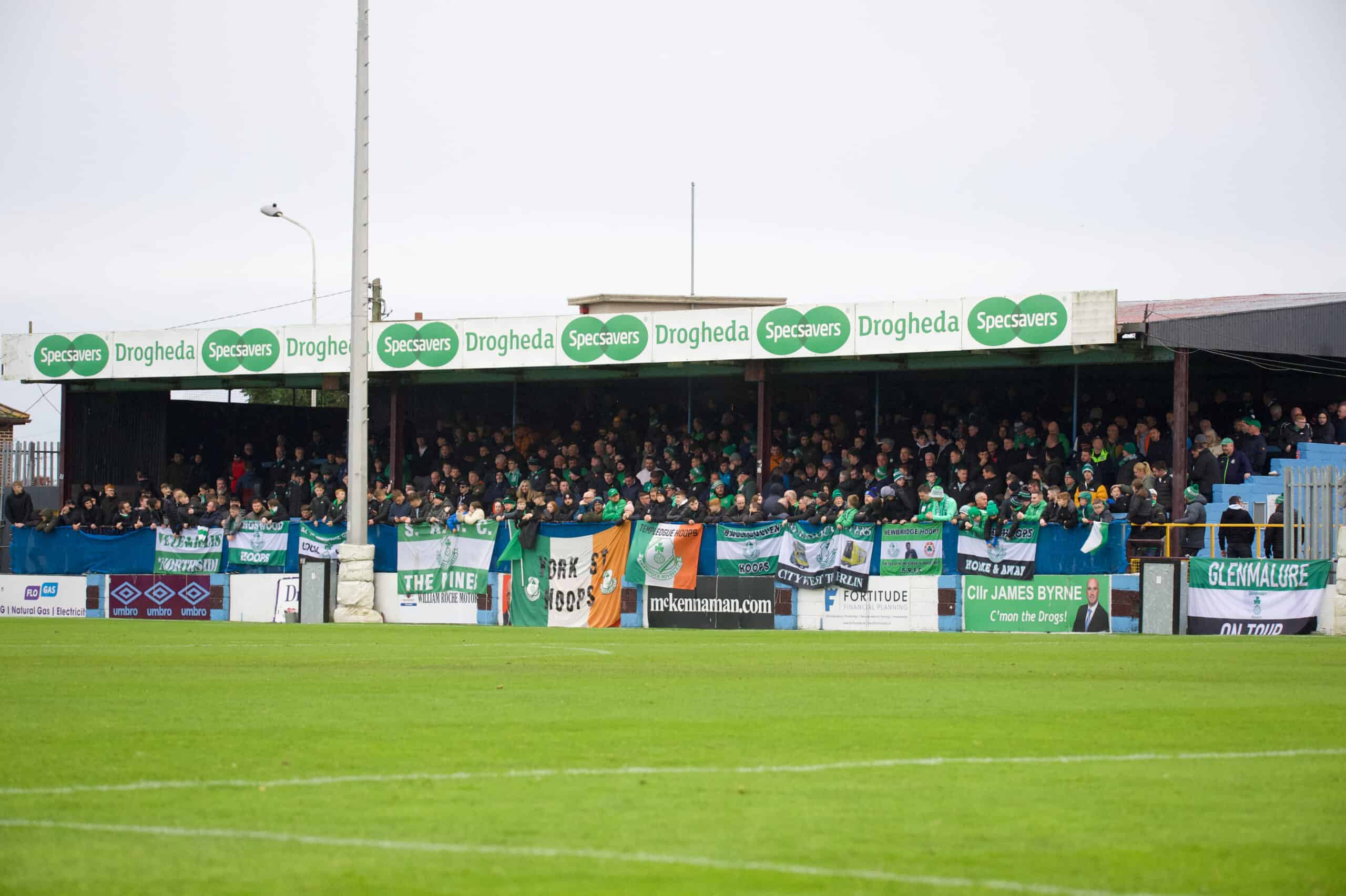 Shamrock Rovers were held to a 1-1 draw against ten-men Drogheda United at Head In The Game Park on Sunday evening, extending their lead at the top of the SSE Airtricity League to six points. The Hoops will be disappointed not to take all three points back to Tallaght in what was a hard-fought affair. Graham Burke’s 26th minute goal was cancelled out by Chris Lyons’ eqauliser for the hosts shortly before half time.

Stephen Bradley made four changes to the side that suffered a 2-0 defeat to Molde in the UEFA Europa Conference League just three days prior, with Neil Farrugia, Andy Lyons, Graham Burke and Rory Gaffney all returning to the starting XI.

The visitors started the brighter, dominating possession and looking for ways to unlock the Drogheda defence. The Hoops early pressure and patience paid off 26 minutes in when Farrugia’s cross found Burke who remained composed, calmly slotting home from inside the area to give the Hoops the lead. Farrugia remained a threat on the right flank throughout the first-half, giving the Drogheda defenders much to think about.

Drogheda enjoyed their best spell of the game after going behind and were rewarded with an equaliser just before half-time. Adam Foley’s shot from distance stung the hands of Alan Mannus and Chris Lyons reacted quickest to convert the rebound, as the teams went in level at the break.

As the second-half kicked off, the home side looked set up to frustrate Rovers and attempt to nullify attacks. Burke and Gaffney both had chances to give the Hoops the lead, but neither could find a way past Colin McCabe. Rovers were forced into making a change with 30 minutes to go when Mannus picked up an injury, with Leon Pohls on hand to replace the 40-year-old shot stopper.

Bradley also sprung Richie Towell, Aaron Greene and Sean Gannon from the bench in an attempt to provide extra energy on the pitch as Rovers searched for a winning goal. As the game edged closer to its final 10 minutes, Drogheda would find themselves a man down when Gary Deegan was shown a red card by referee John McLoughlin after a poor challenge on Jack Byrne. Despite the numerical advantage, Drogheda remained strong in defence and Rovers just couldn’t find the back of the net for a second time.

The Hoops will be frustrated to have not picked up all three points, however there will be no time to dwell on the disappointment as attention now turns to another huge game v St. Patrick’s Athletic on Friday evening at Tallaght Stadium