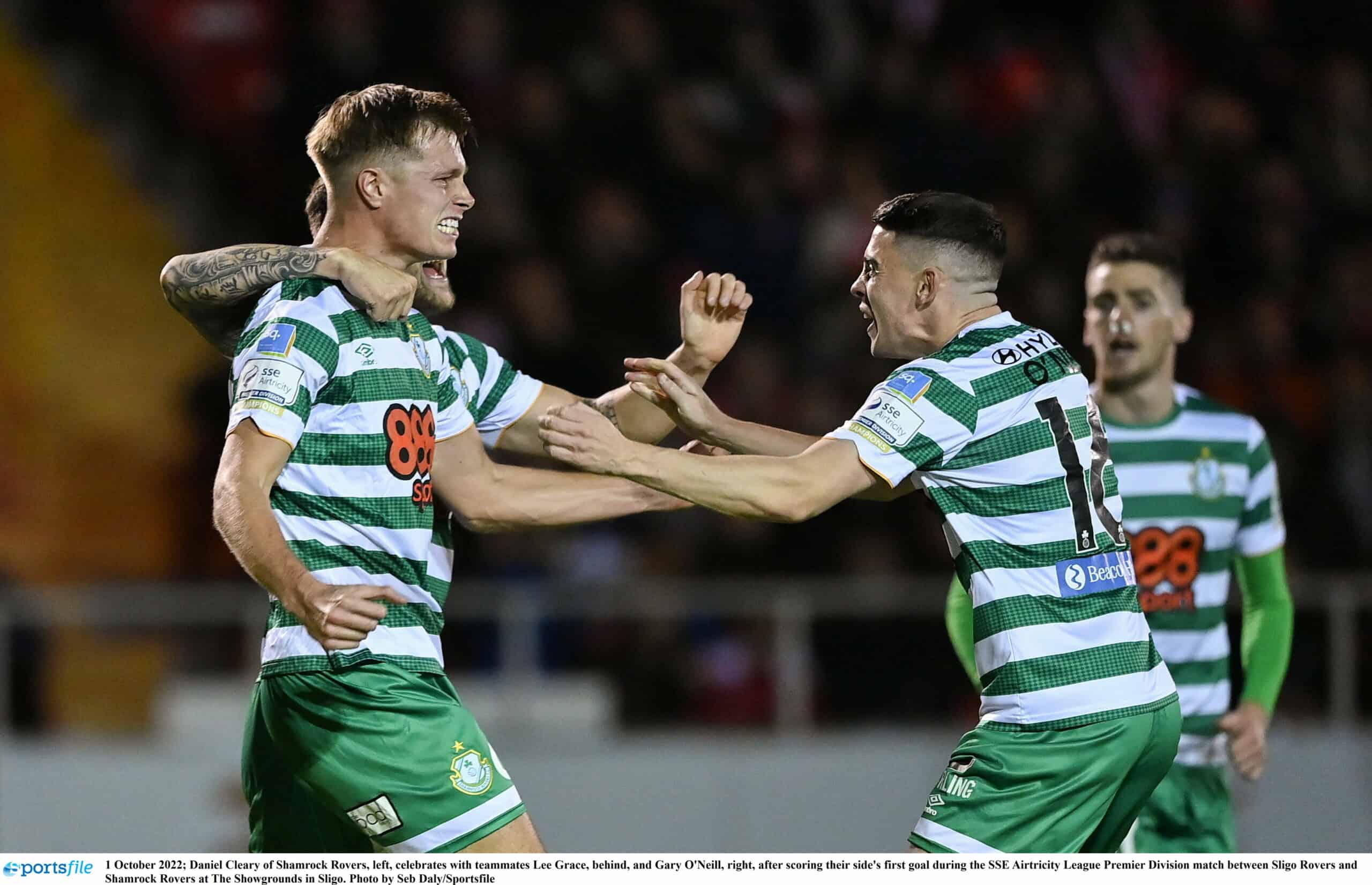 Shamrock Rovers defeated Sligo Rovers 3-1 on Saturday evening to restore their five point lead at the top of the SSE Airtricity League. Goals from Dan Cleary, Dylan Watts and Graham Burke topped off a complete performance from Stephen Bradley’s side at The Showgrounds.

Bradley made one change from the starting XI that beat UCD 1-0 five days prior, with captain Ronan Finn coming in for Neil Farrugia, adding valuable experience to the side.

The Hoops started the game brightly, dominating possession early on while putting the Sligo defence under immense pressure. Rovers’ positive start paid off just 15 minutes in when Dan Cleary opened the scoring. A pinpoint Sean Kavanagh cross found Cleary who directed his header back across goal into the corner of the net from to give the Hoops an early lead. Rovers continued to control possession and create opportunities, with Rory Gaffney having a couple of opportunities to extend the advantage.

Rovers dominance was further rewarded 10 minutes before half-time as they doubled their lead. A brilliant team goal was topped off with a defence splitting pass from Jack Byrne found Dylan Watts who made no mistake with his cool finish to make it 2-0 to the Hoops going in at the break.

The Hoops remained comfortably on top at the start of the second period, with Byrne again being the creative spark, controlling the midfield and creating goal-scoring opportunities for his teammates. Graham Burke, Gaffney and Finn all had chances to score a third for Rovers, but they were unlucky not to find the back of the Sligo net. As the game entered its final 20 minutes, the Hoops finally got their well-deserved third of the night.

Rory Gaffney’s pass across the face of goal was met by Graham Burke who applied a simple finish for his eighth League goal of the campaign. The only blight on the copybook for the Hoops was the concession of a consolation goal as a floated free kick was not dealt with leaving Pijnaker to guide the ball into the back of the net to reduce the deficit.

The Hoops saw out the remaining minutes to earn a fully deserved and important three points on the road. Focus now switches back to the UEFA Europa Conference League on Thursday as the Hoops travel to Norwegian league leaders Molde FK on Matchday 3 in Group F.