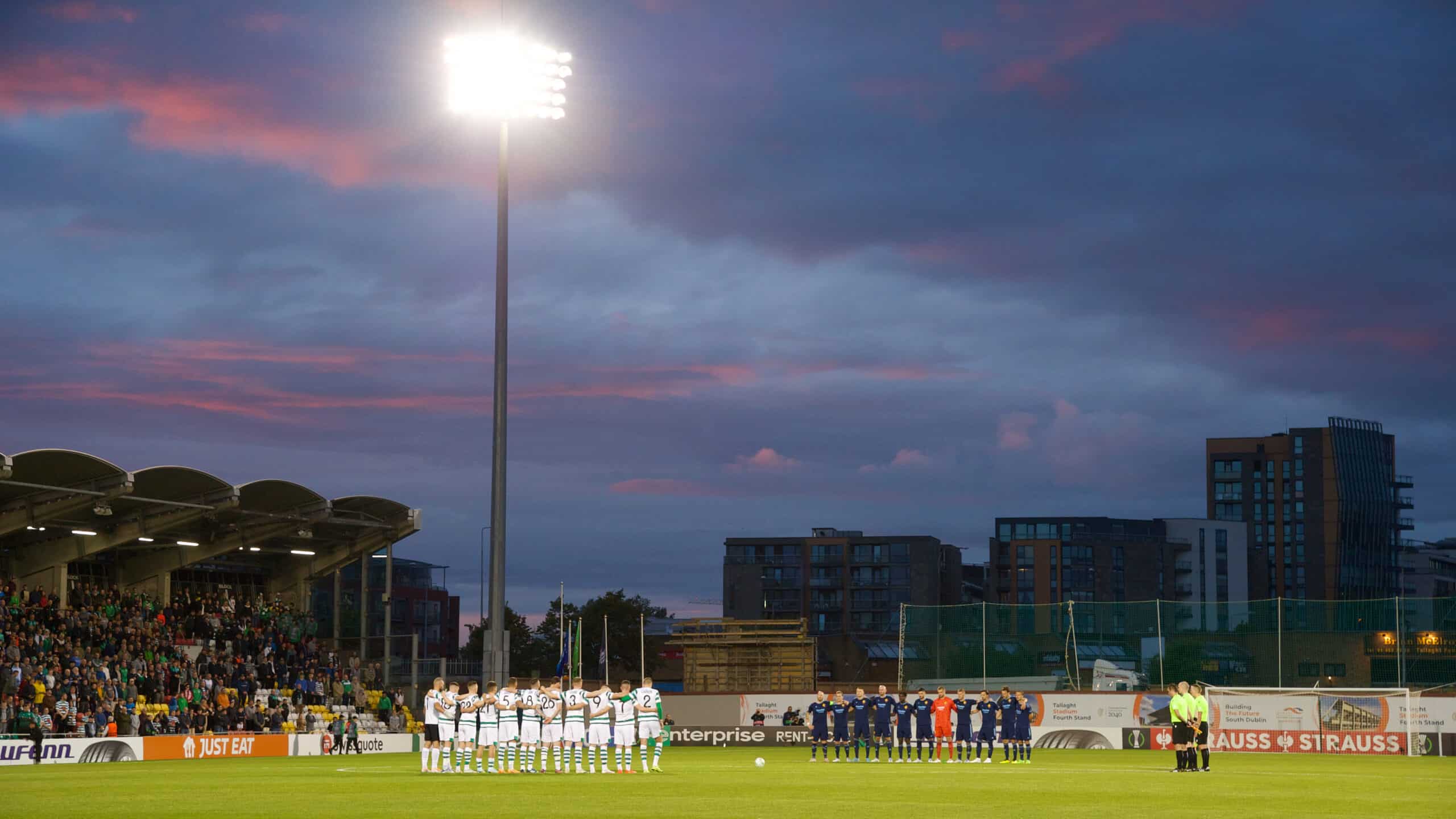 Shamrock Rovers kicked off their UECL Group F campaign on Thursday night with a scoreless draw against Swedish side Djurgården at Tallaght Stadium.

Stephen Bradley made three changes to the side that lost 1-0 to Bohemians a week prior with Sean Gannon and Chris McCann coming into the starting XI to add some valuable experience. That experience was complimented with youth as Justin Ferizaj was also handed a start in attack, with his fine form since breaking into the senior team showing no signs of slowing down anytime soon.

Djurgården started brightly with much of the opening exchanges taking place in the Rovers half. The Hoops were forced into an early change as defender Sean Hoare picked up what looked to be a leg injury, with Daniel Cleary taking his place in the centre of a back three.

Shortly before halftime, Djurgården had the best opportunity of the first half to break the deadlock. Capitalising on a slip in the Rovers defence, Victor Edvardsen raced towards goal with Joel Asoro in support in a 2 v 1 attack. Edvardsen chose the wrong option, opting to shoot from 25 yards instead of playing in his teammate, with Mannus easily gathering in the goal. A let-off for the Hoops.

That error aside, Rovers had grown into the game, and arguably finished the half the stronger, with the calming presence of Chris McCann in the centre of the pitch, helping the Hoops keep hold of the ball. Despite having the upper hand in the possession stats, Rovers failed to break through the Djurgården defensive line with goalkeeper Aleksandr Vasyutin remaining untested, as the sides went in level at the break.

It was Rovers who started the second half on top, coming close to opening the scoring just 10 minutes after the restart. Aaron Greene did brilliantly to capitalise on a weak backpass but was forced wide as he rounded Vasyutin in the Djurgården goal. He kept the attack alive, however, laying the ball off for Finn who teed up Gary O’Neill forcing Vasyutin into making a low diving save to deny the midfielder from opening the scoring on the night.

Sensing a victory, Stephen Bradley introduced Rory Gaffney, Jack Byrne and Neil Farrugia in an attempt to add more dynamism, precision and directness to attacks. Vasyutin was again on hand to deny both Gaffney and Watts with more great goalkeeping to keep the score level. Djurgården finished the game much like how they started it, controlling possession with the majority of the ball being played in the Rovers half. However, despite having control of the ball, Alan Mannus largely remained untested as the Hoops rearguard effort was solid, leaving no gaps or opportunities for Djurgården to exploit.

Six minutes of injury time were indicated, with Hoops fans hopeful we’d be able to fashion one more goal-scoring opportunity. And when Sean Kavanagh picked up the ball in space 25 yards from goal, the South Stand braced itself, however Vasyutin gathered Kavanagh’s curling effort, with both sides forced to settle for a point on Matchday 1.

Rovers had arguably the better of the chances during the game and on another day could have picked up three points. Despite not getting the victory, it was a memorable night for the club, players and fans as the Hoops earned their first point in European group stage competition.

Up next is a return to domestic action and a return to Tallaght Stadium on Sunday evening, with Finn Harps the visitors to the D24 venue.