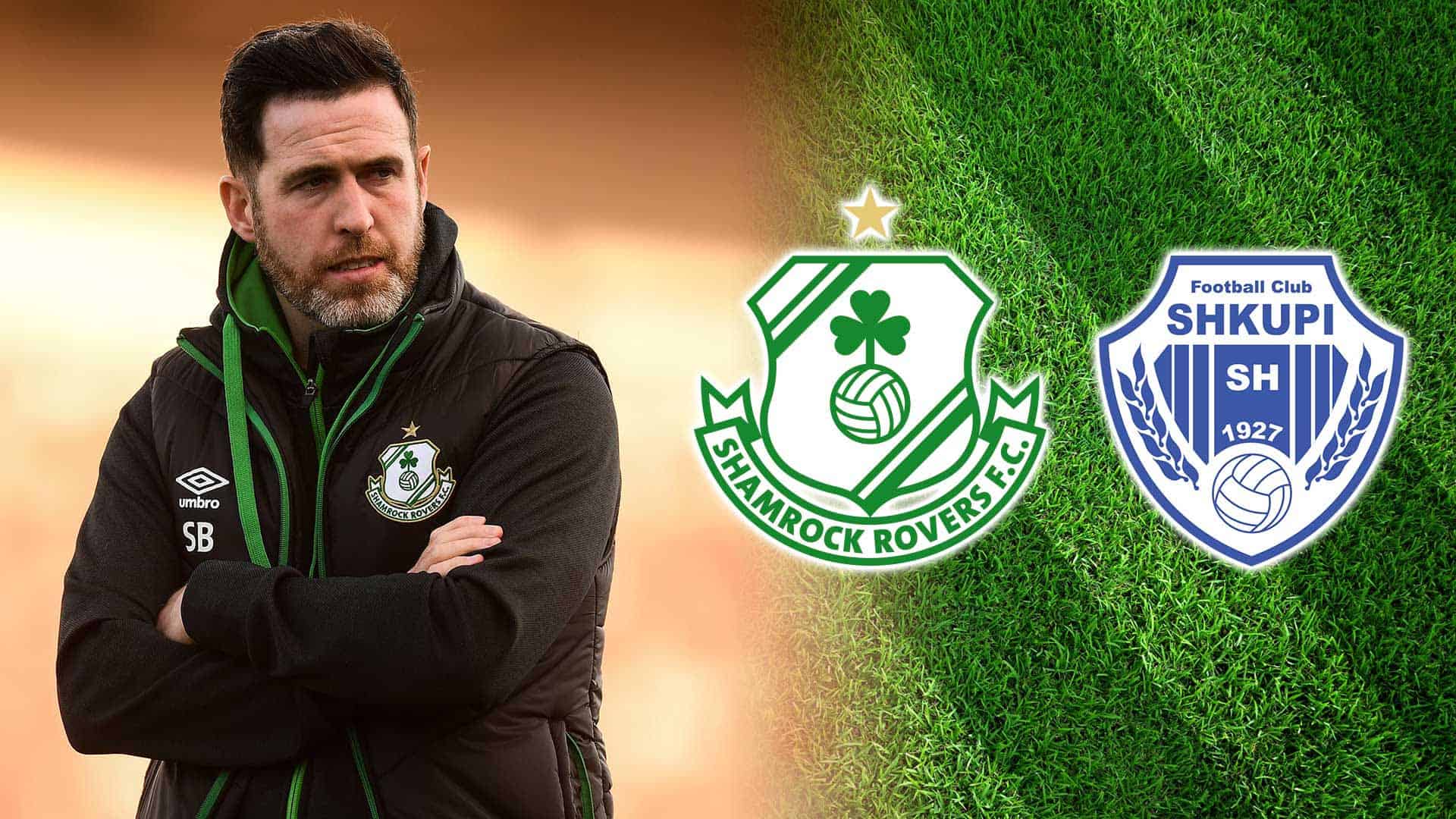 Was it always going to be important to bring a lead to Skopje and were you delighted with the two-goal lead?

“Yes, it was very important that we came over here in front, the third goal might turn out to be very very important, we won’t know until after the game tomorrow night”

Did our first-half performance fully deserve the two goals from Graham and Dylan in your view?

“I thought at times that we were very good, attacking-wise. They came into it in the second half and took over the game for 20 minutes, but in the first half, our attacking play was very good.”

Did we have to soak up the pressure at times in the second half and also need Big Al to rescue us with some outstanding saves?

“He had to make some brilliant saves throughout the game, in the first half as well. He probably had to make too many saves from our point of view. But Alan just proves how important he is to the team.”

Rovers have had some epic moments in Tallaght. In the terms of Gary’s strike and the scenes, the last kick of the game, was that right up there with the best of them?

“Yes, it was one of the most special occasions in Tallaght Stadium that I can remember. A goal with the last kick of the game in a European match a really important goal and a fantastic finish.”

Do you expect Shkupi will be a lot like they were in the second half in Tallaght and potentially very dangerous?

“We have to be very careful. We have to go and win the game. They have been 2-0 down in a second leg before and gone on to win 3-0. We know that we are in for a really tough game and our mentality is that we have to win the game. I’ve no doubt that they will be very dangerous. I’ve said before that any team that can run Dinamo Zagreb so close is a very good team and they showed that in the second half in Tallaght.”

Have you had a look at the pitch and will the heat be a factor on the night?

“I haven’t seen the pitch yet. We will train on it tonight and get a feel for it. We’re getting used to the heat now, we’ve played previous ties in hot countries so I don’t see that being an issue.”

You spoke about the long journey to Bulgaria having an effect on the players’ performance over there. Are they in a better place this time around after travelling?

“The travel has been brilliant this time, there have been no issues with the flight and hotel”, so there will be no excuses on that front.”

Chris McCann was very influential on Thursday until he, unfortunately, had to come off on the hour mark. How is he?

“Chris is out with a calf injury,”

Are Jack Byrne and Simon Power any closer?

“We’ll see how Simon is in training tonight, Jack is available.”