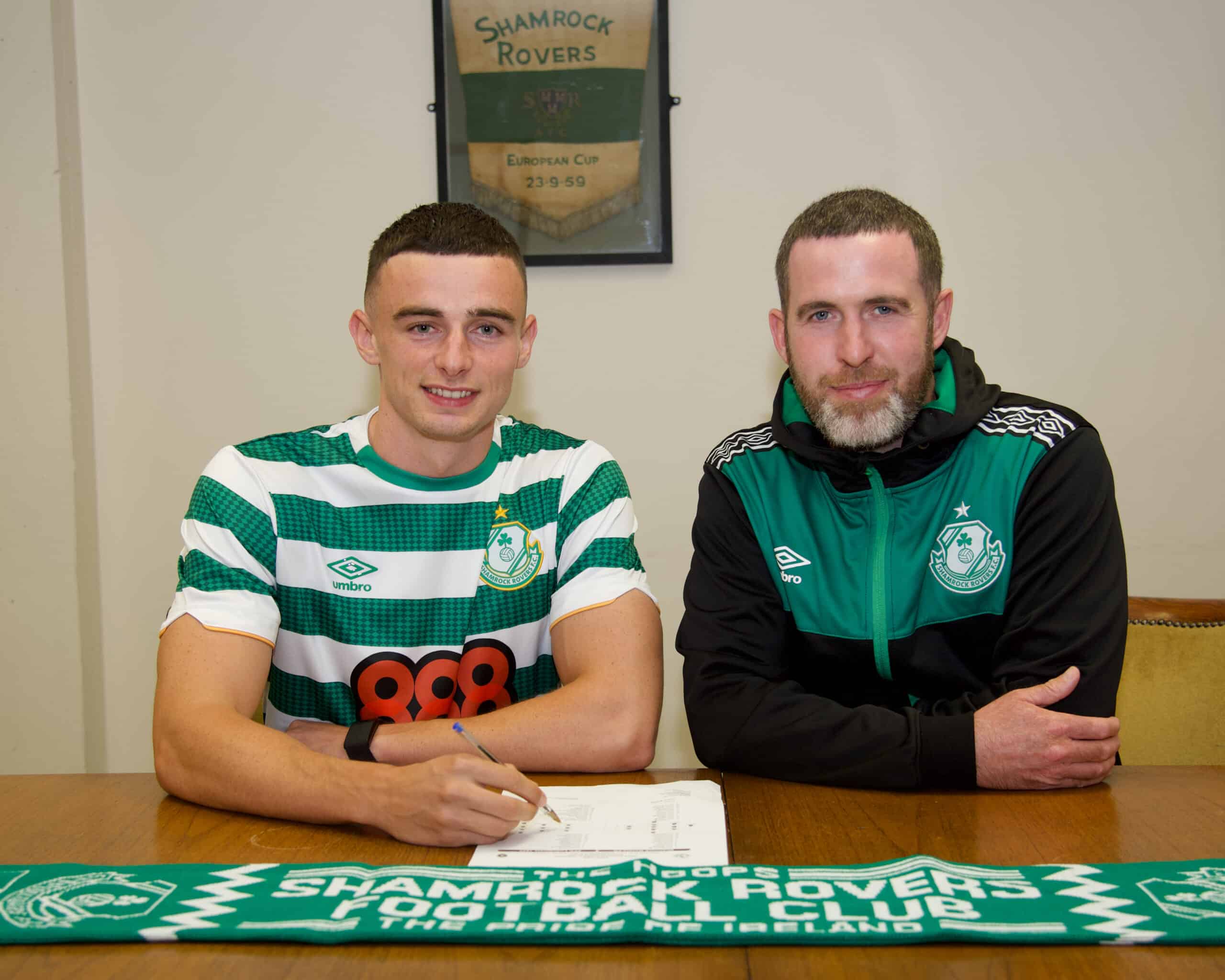 Speaking about the new Hoop, head coach Stephen Bradley said: “We’re delighted to have signed Simon. He’s someone that we have known about and have been interested in for a long time. He’s got great strength and speed and can play all over midfield, centrally, on the right and left, and behind the front two as well also defensively. He has a directness that will certainly add to the squad.

We’ve been in touch with him for a while now, and then we met Simon a few weeks back. He had other options in England on the table, but after speaking with him over that time we were able to convince him that this is the next step for him.

Although we have a busy period ahead, we don’t just bring in players for that reason. We always try to add the right players, players that improve the group and Simon definitely adds to us with his attributes. We’ll all look forward to this busy period now, and we’ll try to keep everyone in the group fit and ready.”

On signing for the Hoops, Simon Power said:

“I am absolutely delighted to be joining Shamrock Rovers. It’s such a huge club and it is run very professionally. I first heard of the interest some weeks ago and I had a meeting with the manager and with Stephen McPhail. They showed me around the training ground and the facilities are fantastic. I watched the European game last night and seen for myself the huge support in Tallaght Stadium and that has played a massive part in my decision to sign for Rovers.

I grasped the opportunity to come home and play some European football as well as potentially get my hands on some silverware with Rovers. Altogether, it was a no-brainer to join Shamrock Rovers, I’m delighted that it has been all sorted and that I’m finally here.

I hope that my game will bring a lot of excitement to the matches, I’m a very attack-minded player. I’m a winger by trade, pacey and direct. I like to create chances and chip in with a goal or two. I’m a hard-working player who will always give 100%. Hopefully, I can get into the team as soon as possible and show the fans what I can do.”

Simon (24) began his senior career at Cabinteely in 2015 where he made just one appearance in the First Division. He moved on to UCD for two seasons before signing for Norwich City in January 2018.

During his time at Carrow Road, Simon had four loan spells – to Dordrecht in the Dutch second tier (10 appearances and 1 goal), Scottish Premiership side Ross County, and twice to National League North side Kings Lynn Town.

The Wicklow-born midfielder was also a frequent player in Stephen Kenny’s Ireland Under-21 team in 2019, earning four caps. He then joined Harrogate Town in League Two in 2020. In two seasons with the North Yorkshire club, Simon scored three goals in 34 competitive games.