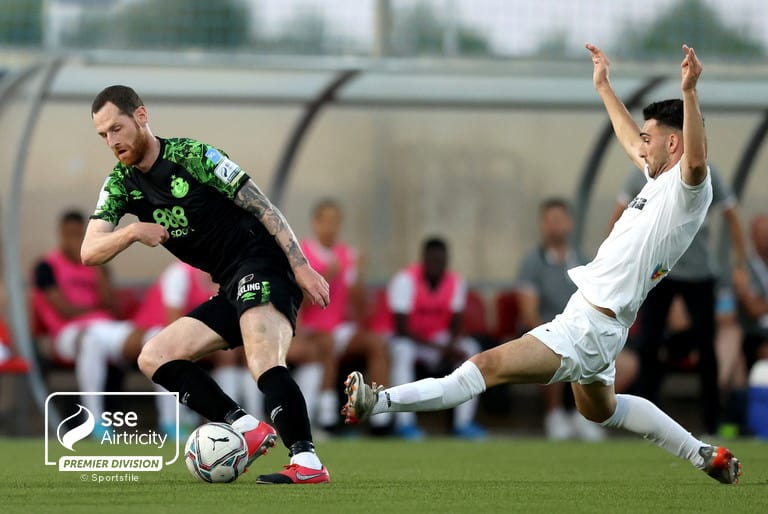 Shamrock Rovers advanced to the second qualifying round of the UEFA Champions League after Tuesday’s night’s scoreless draw with Hibernians in Malta. The Hoops’ 3-0 first leg victory last week was enough to ensure that Stephen Bradley’s side would progress to the next round of Europe’s premier club competition.

The Hoops were unchanged from last week’s win in Tallaght as they set about preserving the three goal advantage acquired in the first leg. It was a quiet opening to the game, with few chances of note for either team. Conditions were playing their part with the game paused for a cooling break midway through the first half. Rovers were comfortable and did well to remain compact, making it difficult for Hibernians to create any real meaningful opportunities.

The best chance of the first half did fall to the hosts as captain Jurgan Degabriele blazed over the crossbar from close range just before half time. Bradley’s men remained strong in defence and went in at half-time with their 3-0 aggregate lead intact.

Rovers started the second half strong, with Aaron Greene getting in behind the Hibernians defence but he couldn’t sort his feet out to get a shot away. Just before the cooling break, Richie Towell had the ball in the back of the net but was deemed to be in an offside position from Aaron Greene’s cross. As the clock ticked towards 9:30pm local time, conditions weren’t letting up, with temperatures remaining in the mid to high twenties.

Fresh legs such as Jack Byrne (returning from a calf injury sustained against Drogheda United in May), Aidomo Emakhu and Sean Kavanagh were introduced in an attempt to find a goal, with the Hoops’ superior fitness showing as they finished the game the stronger.

The 300-strong travelling Hoops contingent, who were in fine voice throughout, would have loved a goal to celebrate but they will be more than happy with a 3-0 aggregate win to kick-off the European campaign. A tricky test awaits in the next round as the Hoops travel to Bulgaria next Tuesday 19th to take on Ludogorets Razgrad before the return leg in Tallaght the following Tuesday 19th.