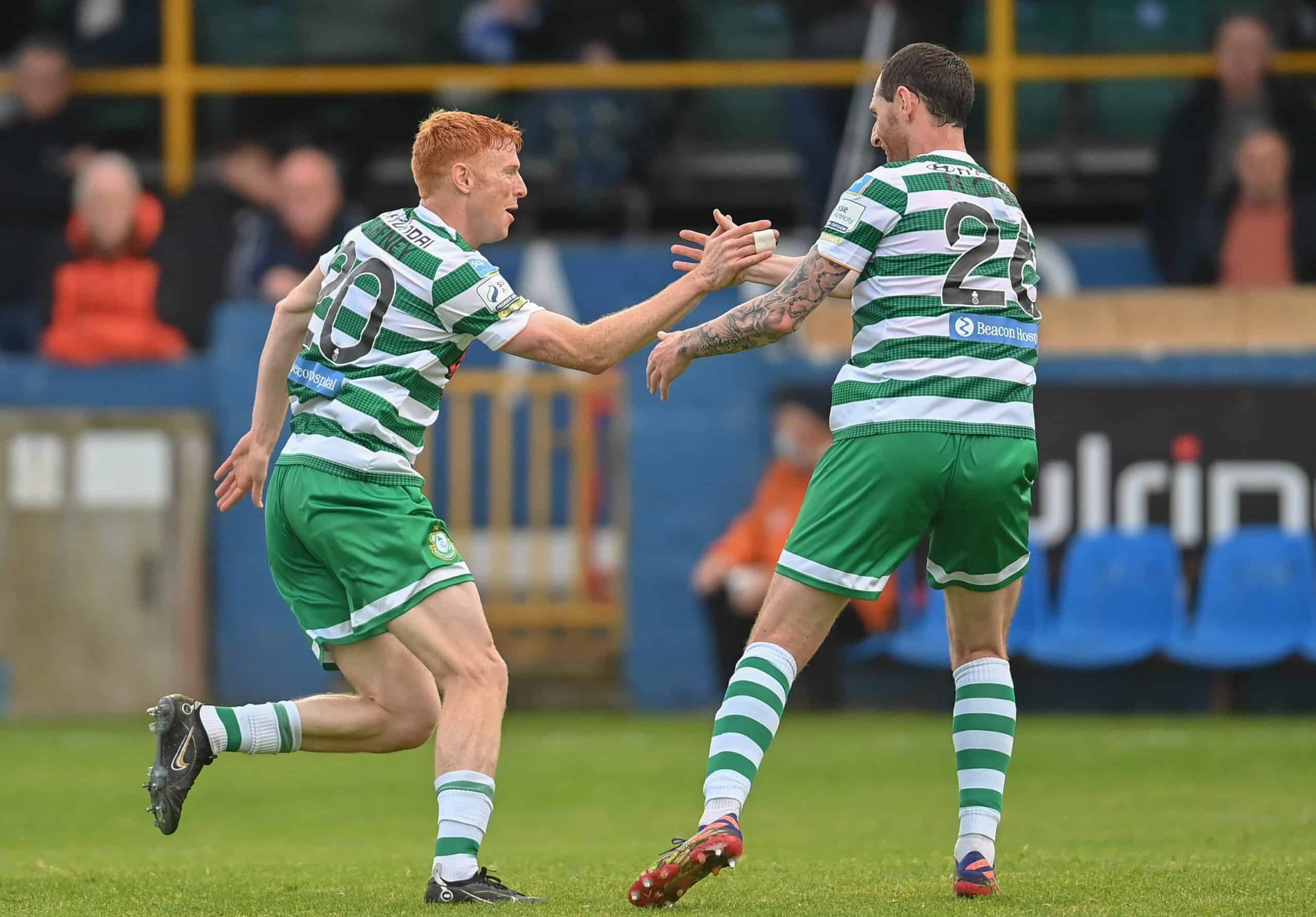 Shamrock Rovers picked up a massive three points in the SSE Airtricity League on Friday night as they overcame a plucky Finn Harps outfit in Ballybofey thanks to an outstanding long-range strike from Rory Gaffney.

It was Rovers who were on top for the opening 20 minutes, dominating possession and putting Harps under great pressure. Dylan Watts was the man causing the problems for Ollie Horgan’s side, putting in threatening crosses into the box from the wing as well as forcing Harps keeper Gavin Mulreany into an early save.

Harps did have a chance of their own through Barry McNamee, but his volley was comfortable for Alan Mannus. The home side were defending well as they looked to reach half-time on level terms, but as we entered the 45th minute, the Hoops got the goal their dominance deserved. Gaffney picked up possession 25 yards from goal and with the Harps defence standing off, struck a venomous long range strike into the bottom right corner to beat Mulreany and give Rovers the lead just before the referee’s whistle.

Stephen Bradley’s side came out in the second half with purpose and nearly doubled their lead instantly. Watts again was involved as his shot from the edge of the box needed to be pushed around the corner by Mulreany.

Rovers continued to dominate and control the game with lovely possession-based football, forming lovely patterns of play that kept the home side busy. Substitutes Barry Cotter and Aidomo Emakhu both had chances to add to the scoreline but Gaffney’s first half strike was enough to earn the Hoops their second away win of the week.

Friday night’s victory means the Hoops currently sit 10 points clear of second place Dundalk, who have two games in hand as they play catch up with the reigning champions. Up next for Rovers is a home tie against Maltese side Hibernians on Tuesday, as the Hoops begin their UEFA Champions League qualifying campaign.