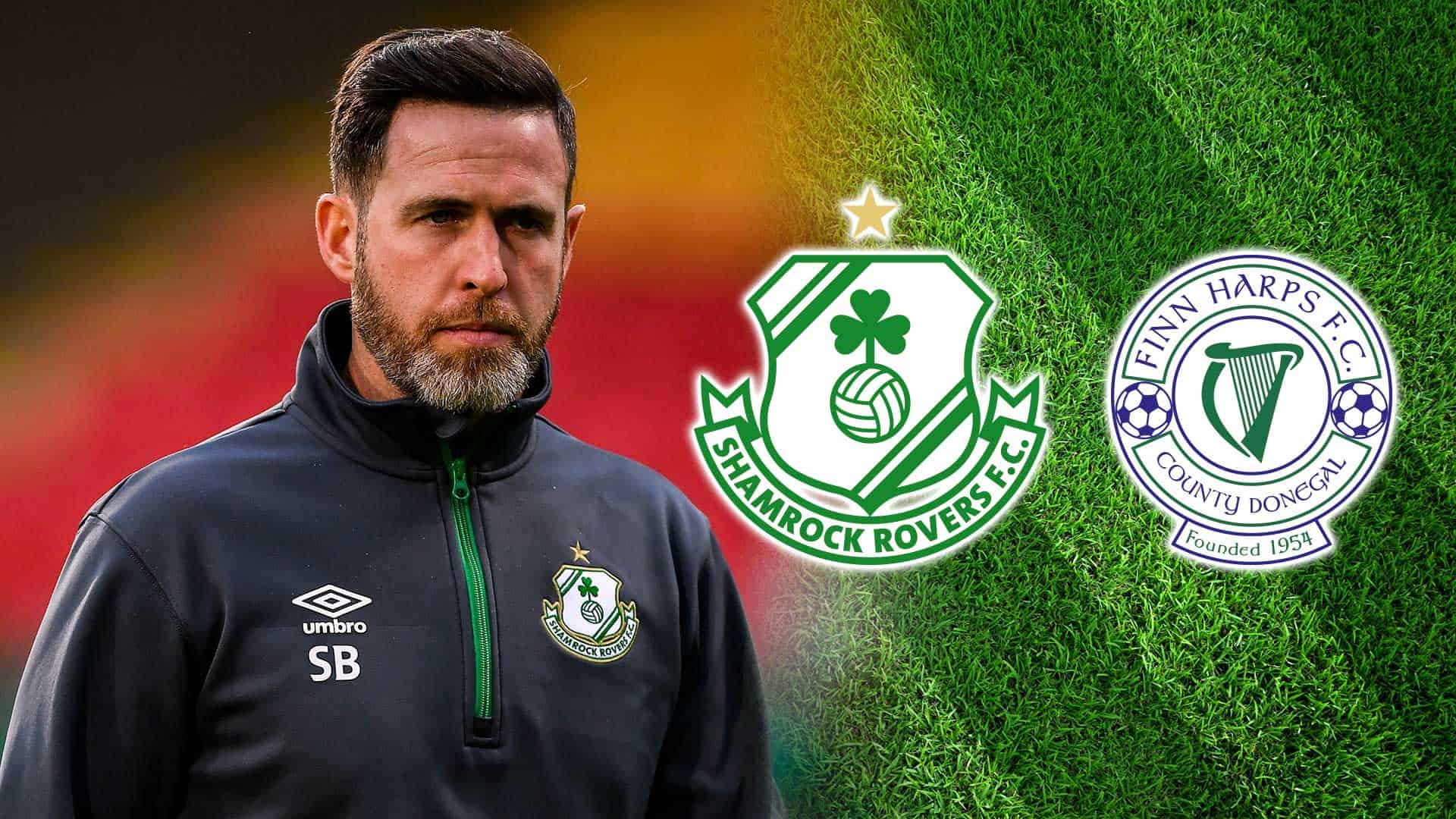 Friday night’s game in Finn Harps kicks off at 7.345pm and is available to stream on LOITV

Were the group delighted with that result and their weekend’s work after Monday night?

“Yes, it was a good weekend, winning two Dublin derbies. We knew it was important to pick up six points, which we’ve done, so we’re very happy with the weekend and the six points”

Richmond Park has always been a tough place for Rovers to get a win, so was the fact that we won there right after the Bohs victory, while also missing a few important players, particularly satisfying?

“It was always going to be a tough game, especially coming off the back of another derby in such a short space of time. The players were brilliant, they really stepped up and secured the six points that we wanted.”

What aspects of the performance in both halves pleased you the most?

“I thought that we controlled the majority of the game bar a spell they had late on. We were a little sloppy with a few transitions but overall were in control. If we had taken one or two of our early chances we could have won quite comfortably. But overall, very happy with winning two Dublin Derbies in two days.”

How good were the two goals by Andy and Aaron, with different things to admire about them?

“Andy’s goal is a really good team goal, worked right from the back with some really good play and movement in the build-up. Aaron’s one is a bit of individual brilliance, Rory does well to get it to him, and Aaron looked like he has nowhere to go. Then he beats two men before putting it into the net, a fantastic goal.”

With the late penalty was the score line a little too close for comfort in the end?

“Yes, it was because anything can happen then. I don’t think it was a penalty, when we watched it back, we thought that it was a poor decision. It gave them a bit of hope, which you don’t want in any game, but the players dug in and we saw it out.”

Was that a great moment for Justin Ferizaj to make his first-team debut?

“Yes, Justin and Gideon Tetteh have been training with us full time for a few months now. He has been getting up to speed, he’s been excellent for the Academy teams, and he’s a player that we really like. If he keeps working hard and keeps listening, he’s got a chance of being a real player for this club. I’m delighted for him that he’s on the pitch, but it is only the start and hopefully, we see a lot more of him over the next while.”

Graham Burke returned in Inchicore but how are Danny, Neil and Richie at the moment? And is anyone else injured or suspended?

“Danny, Neil and Jack will be out for tomorrow, Richie is back and Graham is as well.”

Did Finn Harps show against St Pat’s last week that they can never be taken lightly, especially on their own turf?

“Yes, we went there last year, and didn’t show up, and they beat us quite comfortably. They beat us by two but it could have been more. We know that if we don’t go there with our very best that we will get turned over, so we will go there and give Finn Harps all of the respect that they deserve and make sure that we are ready for the game.”

What and who are their most dangerous elements and players in your view?

“Their attitude is brilliant, they never stop and they never stop fighting. We saw that last Friday against St. Pats when they were 2-0 down until the 87th minute, but they kept going and might have felt that they could have won it in the end.  We will go and respect them from the 1st minute until the final whistle.

They have some really dangerous players in the attacking part of the pitch with McNamee, Rainey and McWoods, we have to make sure that we are ready for them.”

Would it be ideal to go into the European campaign on a positive note and take more confidence from hopefully another win?

“Our aim was to go into Europe with nine points from these three games, we’ve set ourselves up for that, but we need to make sure that we do our business right and wake up on Saturday morning with another three points on the board and then we will focus on Europe.”