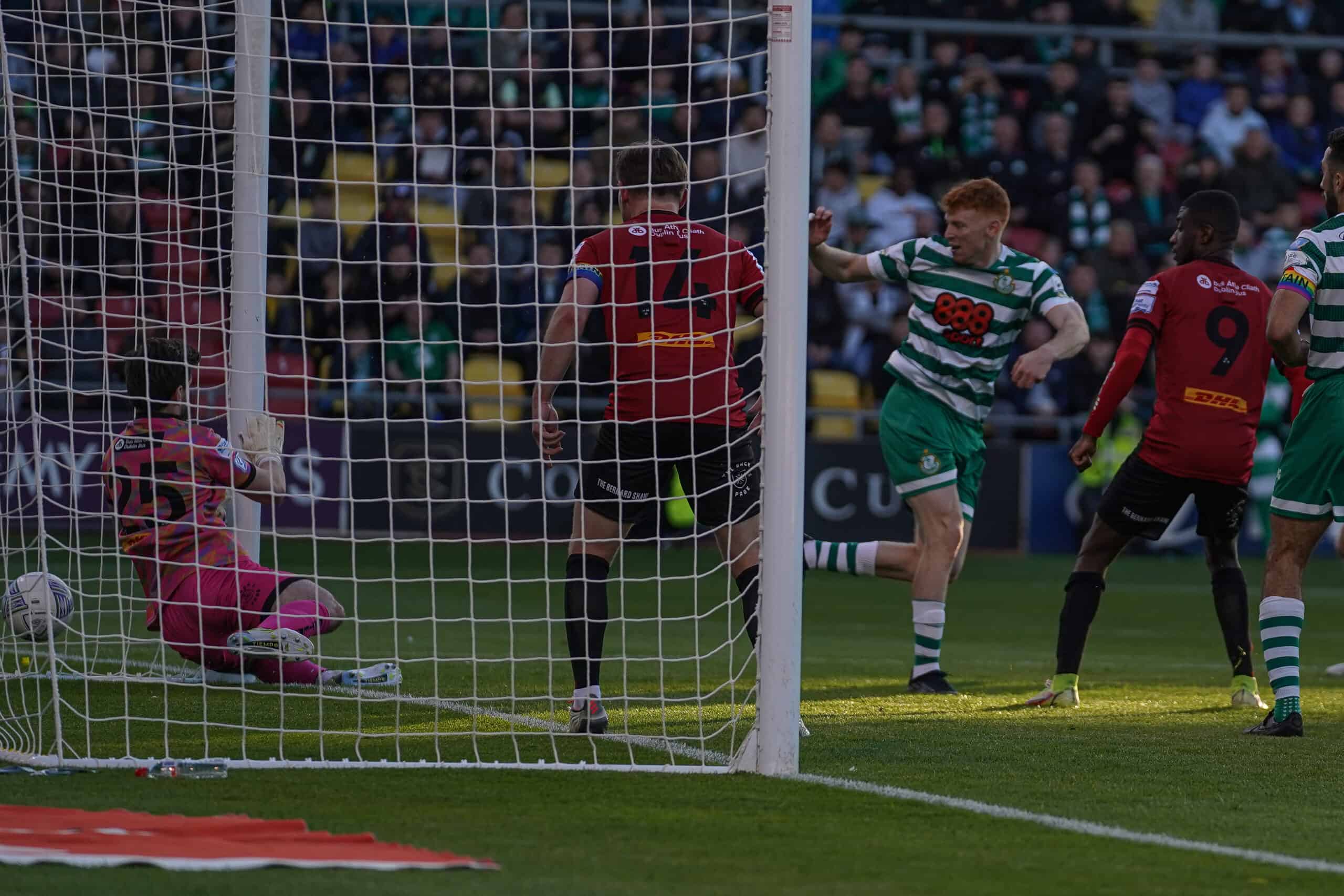 Shamrock Rovers extended their lead at the top of the SSE Airtricity League on Friday night with a 1-0 victory over Bohemians in the Dublin derby. An early second-half strike from Rory Gaffney was the difference between the two sides in what was a solid performance in front of a capacity crowd at Tallaght Stadium.

It was a quiet start for both sides in the opening quarter of an hour, with the windy conditions not lending themselves to pretty football. Danny Mandroiu had the only real chance in the opening exchanges with a 25 yard free-kick needing to be turned behind for a corner by Bohs keeper Tadgh Ryan.

Rovers began to assert their control as the half progressed, with Mandroiu and Greene both having opportunities, but their headers just evaded the target. Despite being the better side, Rovers could not find the back of the net and went in level at half-time.

It was a dream start to the second half by Rovers, who scored less than 60 seconds after the restart. Dylan Watts’ looping corner found Mandroiu who cushioned the ball down to Rory Gaffney who swivelled and put it into the back of the net from close range to give the Hoops a 1-0 lead.

Rovers continued to play lovely football and kept Keith Long’s men chasing. Bradley’s men nearly doubled their lead with 30 minutes to go when Gaffney’s cross found the head of Mandroiu whose attempt hit the crossbar. Sean Hoare also came close beforehand as his header was cleared off the goal line.

The Hoops remained dominant in possession and strong in defence and saw out the rest of the game to seal all three points in the derby.

It’s back to winning ways for Rovers who now currently sit seven points clear of Dundalk in second place. Up next for the Hoops is an away trip to St Patrick’s Athletic on Monday evening.