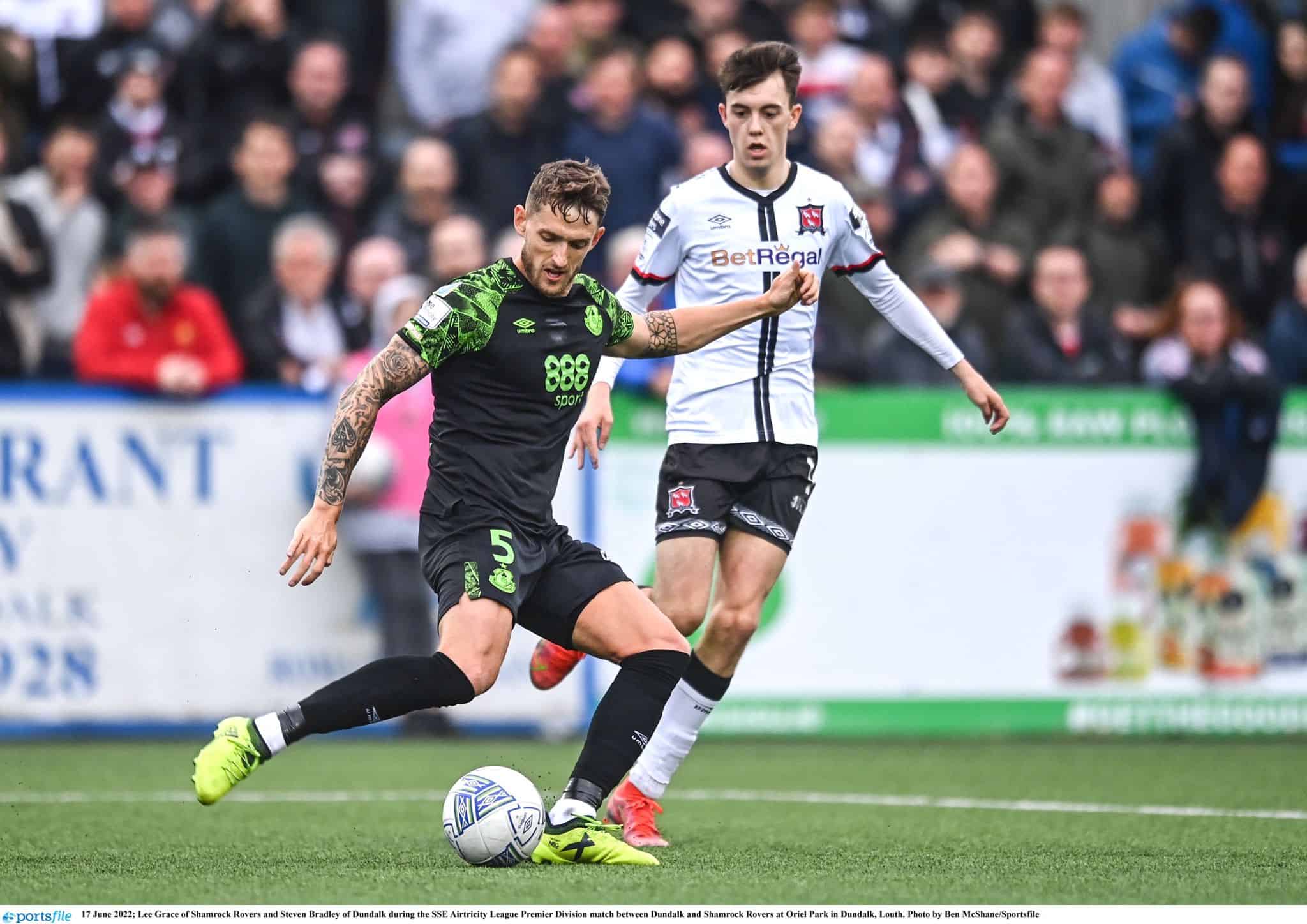 Shamrock Rovers returned to SSE Airtricity League action on Friday night after a two week international break. The Hoops suffered a narrow 1-0 defeat away at Oriel Park to second-place Dundalk, who now sit five points behind the Hoops in the table.

It was the home side who had the first opportunity six minutes into the game when Stephen Bradley’s free kick was headed wide of the post by Patrick Hoban. Rovers wasted no time creating a chance of their own though when a Richie Towell volley flew just over the bar.

With both teams still getting back into the flow of things after the league break, neither side was able to create many clear-cut chances in the opening half of the game.

The Hoops started the second half strongly with Rory Gaffney hitting the side netting after linking up well with Dylan Watts. At the other end, Alan Mannus had to remain on high alert as he was forced to deny an Andy Boyle attempt from a corner.

As the game entered the last 10 minutes, it was Dundalk who would finally break the deadlock. Lewis Macari’s cross from wide found Robbie Benson who finished past Mannus to give the Lilywhites the lead.

Rovers were reduced to 10 men for the closing stages after captain Ronan Finn received a second yellow card, with Dundalk seeing out the final minutes to take the points.

The Hoops will look to get back to winning ways next Friday in the Dublin Derby at Tallaght Stadium.