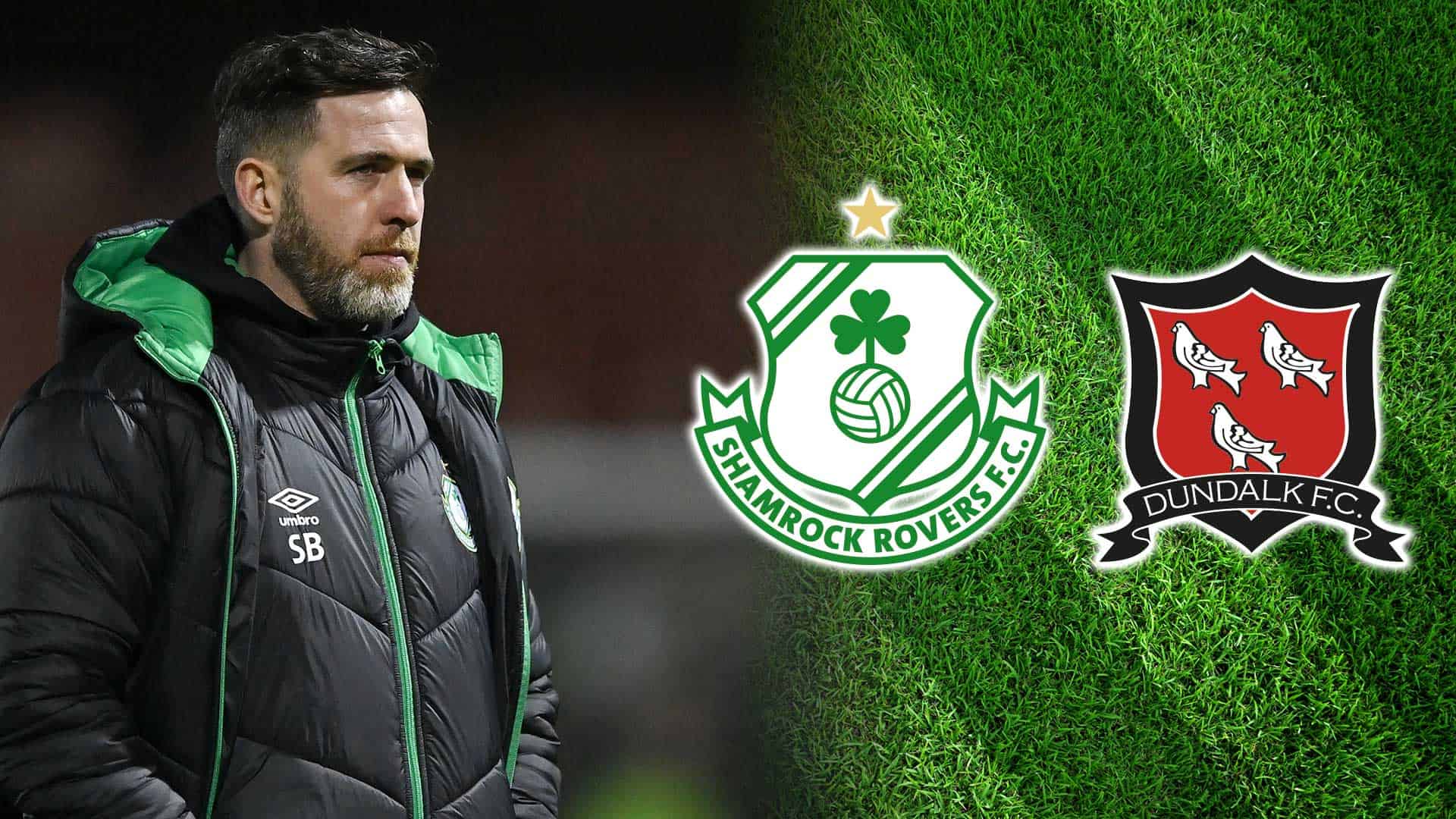 Friday night’s game will be streamed live on LOITV. Kickoff is at 7.45pm

Going back to the Shelbourne game a few weeks ago, were you pleased with the performance and to go into the break with a win?

Yes, we needed to respond to losing in Drogheda and to be fair to the group, they did respond. I thought that we were very good. We scored two good goals and possibly could have had another two, with overall a good performance. It was important to go into the break without a game for a couple of weeks with a win.

It was the perfect start with Richie’s early goal, a really good finish. Rory sets that up and then scores himself for 2-0. Did that build-up play typify the football we were playing on the night?

The first goal was really pleasing, it was very early in the game and it came from their set play, we broke down the other end and punished them. The second goal was a very good team goal with over 20 passes and Rory’s finish at the end, a really good team goal, summing up our play on the evening.

The attendance was just over 7,000 and the fans would have seen construction work begin on the new north stand. How good will the stadium look when it’s completed?

It’s fantastic to see the work getting started on it. We’ve all worked extremely hard and the fans have turned out to support us with some great attendances, and when that stand goes up the aim will be to fill that too. It is great to see it begin to go up, and it won’t be too long before it’s completed

The mid-season was extended with the Pat’s game being postponed. How did the players find the time off and getting to recharge the batteries?

I don’t think we would have wanted the break when it came, we were playing really well and winning games, but I said at the time that it is an important break, as we have a run of a lot of big important games coming, so the players need to be able to take a few days off and switch off to relax. We were back to work last week preparing for what will be a tough game against Dundalk

Was the Galway friendly a useful exercise to get some players more minutes into them and also introduce the likes of Justin and Cole to first team football?

Yes, it was a really good game. Galway are doing well and we knew it would be a difficult game, and it proved to be. It was a really good workout, getting minutes into some of the players, particularly Justin and Cole, it was good to see them in our team. I thought both of them did really well.

Has Jack Byrne recovered from his injury and is there anyone missing for Oriel Park?

Dundalk had sort of been under the radar the way they climbed to second in the table and it’s on the back of their impressive home form. Is this a particularly tough time to go there?

They are a good side, and we’ve known that from the first round of games They have a very experienced spine in the team, players that have won leagues. It’s no surprise at all where they are in the league, we expect them to be right there come the end of the season, so we know that it will be a difficult game and one that we need to be at our levels to go get the three points.

Are you and the players eager to get back into it now and hopefully return with a big result Friday?

Yes, we have to make sure that we hit the ground running and Friday give’s us the opportunity to do that, we’re really looking forward to getting back.

What’s your reaction to the Champions League draw?

Anyone who is playing in the Champions League will be a good side, and there were some really big names in our pot. We will do our homework and make sure that we are ready when the tie comes around.