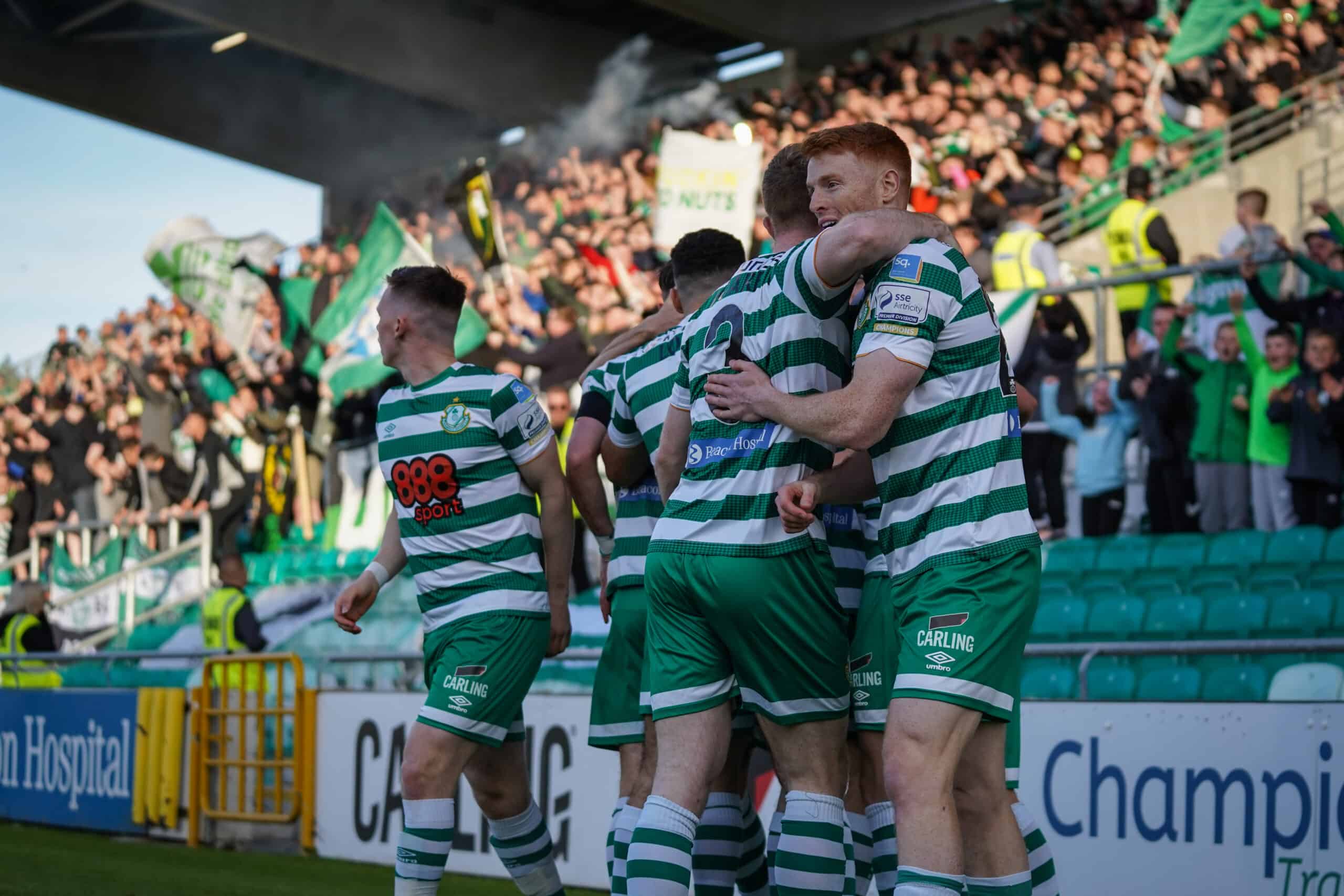 Rovers continued their impressive home form in the SSE Airtricity League on Friday night with a comfortable 2-0 victory over Shelbourne at Tallaght Stadium. First-half goals from Richie Towell and Rory Gaffney helped Stephen Bradley’s side gain all three points and extend their lead at the top of the table before the mid-season break.

It was a dream start for the home side as it took less than 2 minutes for the Hoops to open the scoring. A quick counterattack from Rovers caused disruption in the Shelbourne defence. Gaffney found space on the right touchline and teed a ball up for Towell whose first-time shot from inside the box found the bottom left corner with great precision to put his side 1-0 up. That strike was Towell’s first of the 2022 campaign.

The early goal gave the Hoops great confidence as they looked incredibly comfortable in possession and looked threatening from wide positions. It wasn’t long before Bradley’s men doubled their lead.

As the game entered the half-hour mark, it was Gaffney who would score the second goal for Rovers. The centre forward received the ball with his back to goal, before turning and firing a powerful strike past Shel’s goalkeeper Brendan Clarke to make it 2-0 before half-time. Gaffney now has four league goals this campaign as he continues his impressive form in the first half of the season. Rovers were in the mood as they continued to put pressure on the Shelbourne defence until the first half came to a close.

It was nearly 3-0 just one minute into the second half but Clarke did well to deny both Gaffney and Dylan Watts from scoring. The Hoops remained strong in defence and left the Shelbourne attack with very little to work with in the final third. Andy Lyons and Ronan Finn both had chances in the latter stages of the game but Clarke did well to keep the scoreline at 2-0.

Friday’s victory sees Rovers extend their lead at the top of the table to eight points, with Dundalk currently in second place. The Hoops return to action on Friday June 10th when they travel to Inchicore to face St Patrick’s Athletic.