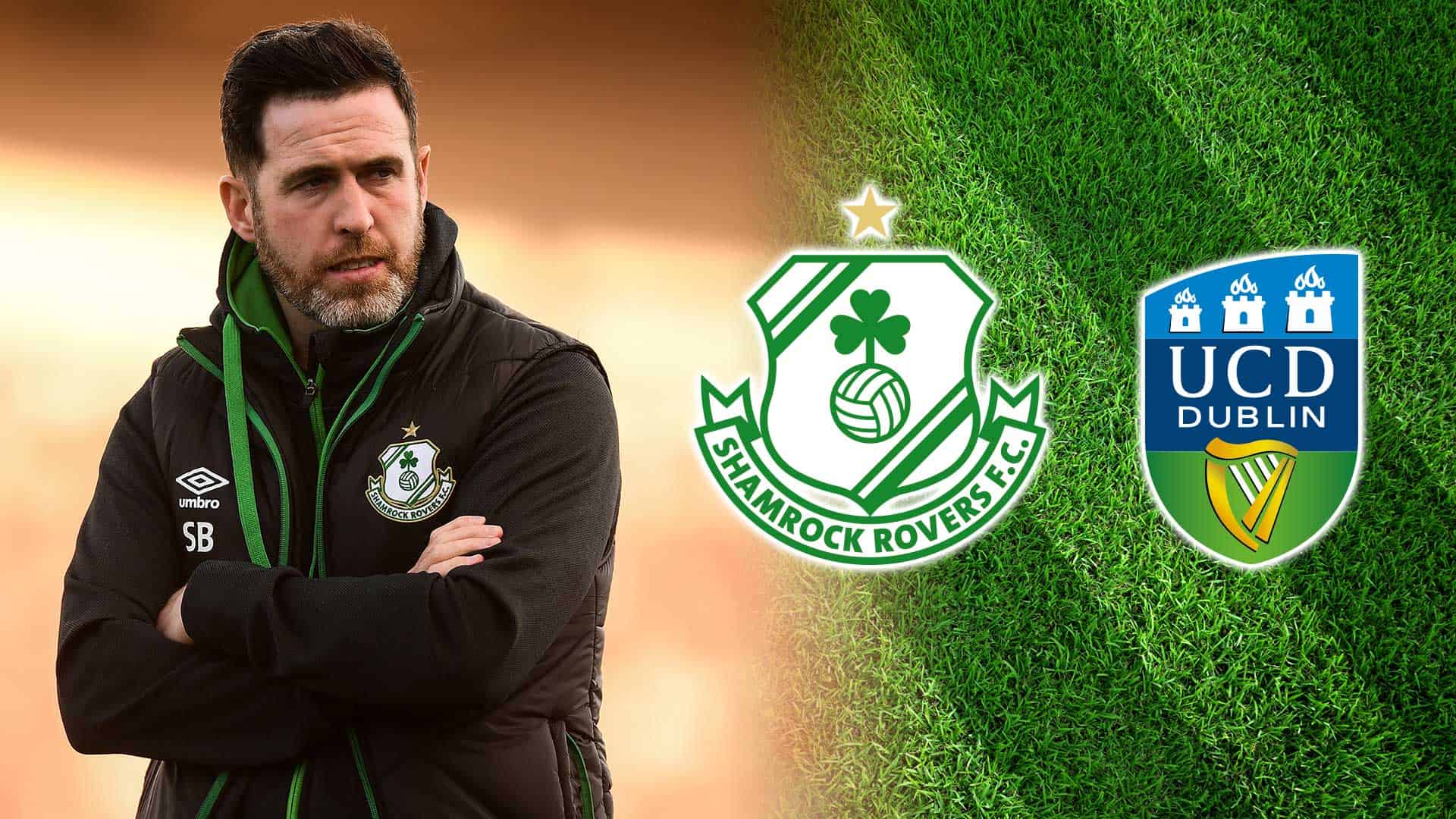 The match in the Belfield Bowl kicks off at 7.45 pm. Tickets are available here. The match will be streamed live on LOITV

Was everyone in great spirits after that top of the table win on Friday?

“Yes, there was obviously a really good atmosphere in the dressing room and in training in the days after. It’s still early, we know that but it’s an important win.”

Did you expect Derry to tire in the latter stages of the game and did the introduction of Dylan and Danny also help us find our rhythm in the last half hour?

“We knew they would tire because they put so much into the game early on, in terms of their energy and their pressing, and we knew that would take its toll. The three subs that came on really gave us balance and we took control of the game for the large majority of the second half. We scored one and possibly could have had another one or two. So, the second half was really good and the subs were important, as has been the case all year. We said it at the start of the year and I think that will continue.”

“It was a really good move. We moved them around and Dylan splits them with the pass. Andy goes one v one and we have numbers in the box. It was a good move all round and thankfully it ended up in the back of the net.”

It was another massive crowd in Tallaght. Was it obvious from the goal celebrations and the scenes at full time that it was a special one?

“It was great to have such a big home crowd in Tallaght. It was a fantastic atmosphere and it was great to see the celebrations when we scored in the second half. I think the fans were really important for us, especially in the first half when we had one or two tough periods. They really gave us a lot of energy “

UCD just earned their first win of the season. What have you made of them since our meeting on opening day?

“Their last few games, when you watch them back, they’ve been very good. I’m sure they’ll feel unlucky not to win the game against Dundalk and they obviously had a good win on Friday. They’ve been good the last few weeks so they’ll come into the game full of confidence.”

We haven’t been to the UCD Bowl in a few years but will we go there full of confidence to try and keep this run going?

“Of course, we have to go there and respect what they’re going to bring to the game. We’ve got to be ready for that and impose ourselves on the game as quickly as possible. Our aim is to go there and win three points and keep this run going.”

Lee Grace had to sit out the Derry game and Sean Gannon appeared to be struggling when he came off. How are they and are there any other injuries and suspensions?

“Sean is fine. Lee Grace trained on Monday as well so he could be OK. We’ll assess him tomorrow. Danny came on and played and had no effect afterwards, which was great, so we could be all good on the injury front.”