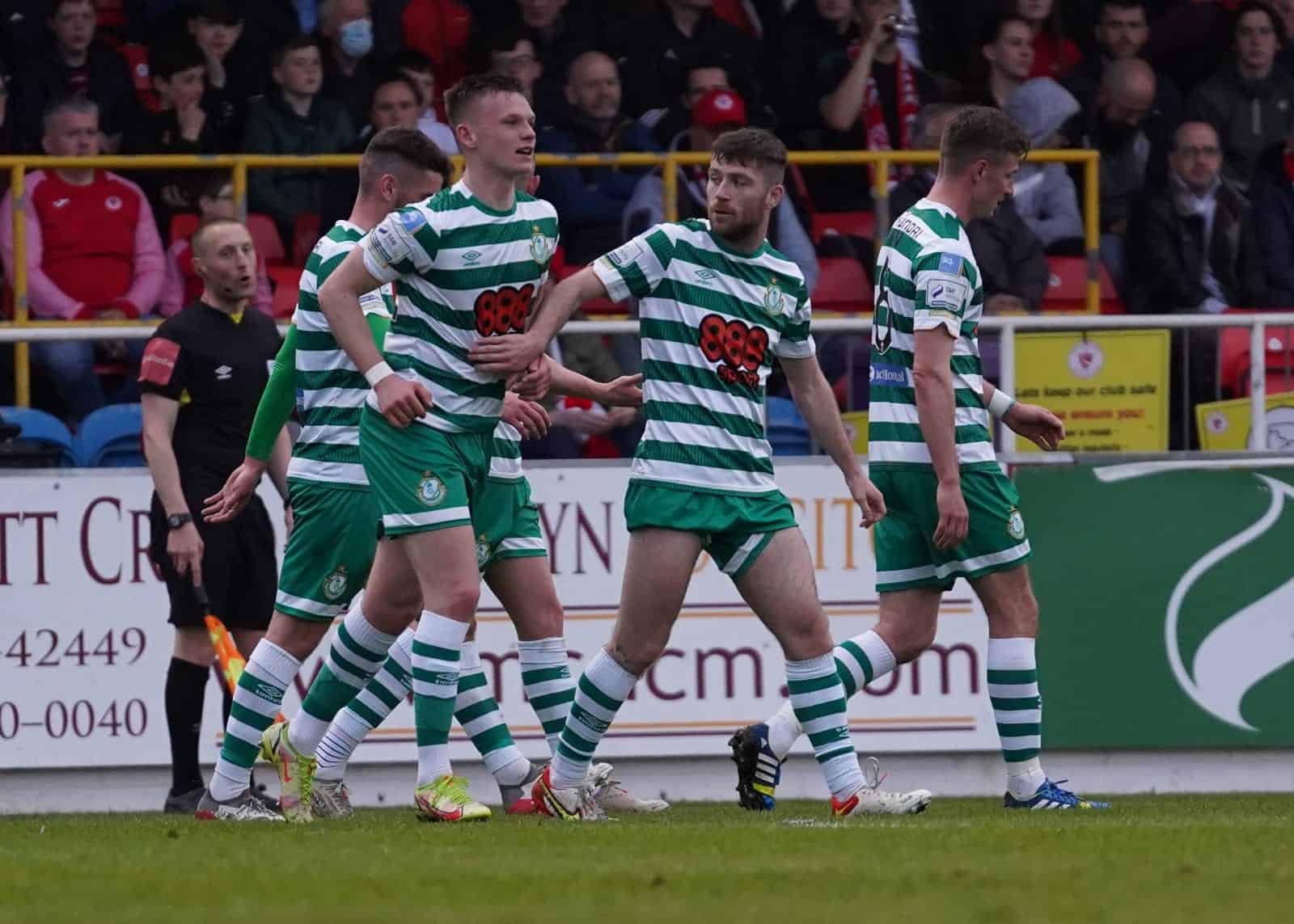 Shamrock Rovers drew 1-1 on Friday night against Sligo Rovers at the Showgrounds. It was a scrappy affair as the teams shared the points after an entertaining match.

It was an even opening 15 minutes to the fixture as both teams tried to suss each other out, with Rovers keeping possession well but not quite being able to find the breakthrough.

The Hoops remained patient though and got their reward in the 22nd minute. A Jack Byrne corner found Andy Lyons whose bullet header flew past Ed McGinty in the Sligo goal to give Rovers the lead. Lyons fine form continues as he now has five goals this season.

Stephen Bradley’s men continued to control the game after their goal for the remainder of the first half.

Sligo Rovers started the second half well as they began to get on the ball more in the final third. The Hoops defended well and looked dangerous on the counter-attack, Danny Mandroiu forcing McGinty into a strong stop.

Liam Buckley’s team continued to play well and with twenty minutes left the home side got the equaliser. A cross into the Rovers box fell to Jordan Hamilton whose looped header found the back of the net past Mannus.

The Hoops remained under pressure as Mannus was forced into making another save, denying Robbie McCourt.

Sligo defender Gary Buckley was shown sent off after receiving a second yellow card as Rovers began to push for a winner.

Bradley’s side put pressure on the ten-men, but they were just missing the final finish.

Speaking to RTE after the game, manager Stephen Bradley said: “We allowed it to be a frantic game and it cost us in the end.

“We didn’t manage the second half right.